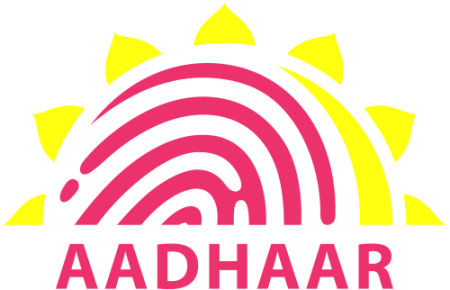 That the scam-tainted UPA Government’s much-touted and ambitious project of giving a Unique Identification Number (UID)–also known as Aadhaar–to every Indian citizen went haywire from day one is now well-known. Among other things, IDs were issued to dogs, trees, chairs, and a hen. In the bargain, the Aadhaar project headed by former Infosys chief Nandan Nilekani has sent about Rs. 35 Billion of taxpayer money down the drain.

However, goof-ups in assigning IDs to dogs, chairs, etc are relatively harmless compared to what lies beneath this colossal waste of public money.

Aadhaar is a 12 digit individual identification number issued by the Unique Identification Authority of India on behalf of the Government of India.

This number will serve as a proof of identity and address, anywhere in India.

Any individual, irrespective of age and gender, who is a resident in India and satisfies the verification process laid down by the UIDAI can enrol for Aadhaar.

Each individual needs to enroll only once which is free of cost.

Next, let’s examine what the UID claims in its procedure for enrolling for Aadhaar:

You can go to any authorized Aadhaar enrollment center anywhere in India with your identity and address proof.

Now let’s look at a real life instance of how this works in practice thanks to an alert IndiaFacts reader who sent in the following (click the graphic below to view the full size):

This is a scanned copy of a real Aadhaar card issued to the person mentioned in the picture above by the Government of India. His photograph has been blanked out to protect privacy.

On the face of it, it looks fine. However, the catch is in the residential address mentioned. The address is where the IndiaFacts reader who sent it in lives. However, the name of the person to whom the Aadhaar card was issued happens to be his former servant who hails from another town.

To state the obvious, there has been multiple violations of the Aadhaar enrollment procedure.

1. The UID website claim that “each Aadhaar number will be unique to an individual and will remain valid for life” now falls flat because this person is now in a position to obtain another Aadhaar card giving the address of his original home.

2. The other UID website claim that “this number will serve as a proof of identity and address, anywhere in India” is also belied because this gentleman is now in a position to have at least two “unique” identities and addresses.

3. The more important fact is this procedure for obtaining the Aadhaar card: “UIDAI process accepts 18 PoI (Proof of Identity) and 33 PoA (Proof of Address) documents… Common proofs of identity and address are election photo ID card, Ration card, passport and driving license.” Now, the gentleman in question has not lived at the address of the IndiaFacts reader. Yet he somehow managed to provide Proof of Identity and Proof of Address documents to the contrary and obtained an Aadhaar card for himself. One wonders how he managed that.

And this is the story of just one person. It should not surprise anybody if there are hundreds of such people across India who have multiple “unique” UIDs.

Nandan Nilekani, the Chairman of the UIDAI enjoys a cabinet rank in the Union Government. Given that there is talk about him contesting on a Congress ticket from the Bangalore South Lok Sabha seat for the upcoming 2014 polls, concerned citizens need to question him over such vital issues of public interest.