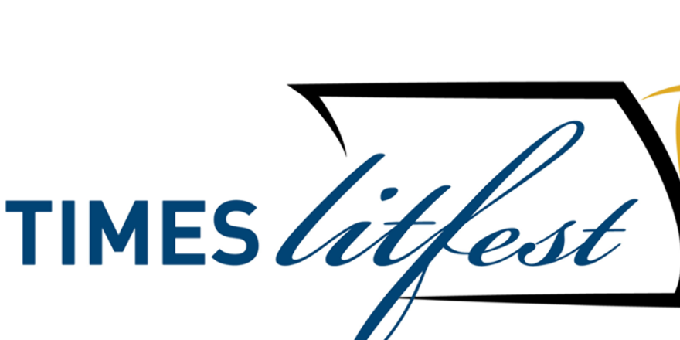 Dear TOI, you make fabulous ads, and you have engaged a very competent advertising agency for the job.

Happy? Okay, now let’s move further from compliments and get to the heart of the matter. You might be great at making ads but you don’t do a great job of what you are supposed to. In fact, you do a pathetic job, if any.

So, this fantastic ad for Times LitFest shows an alarming visual of India as a Mike in chains and reads “Thou Shall Not! The chains are tightening. Slowly. We can feel them. Sing, but not this. Laugh, but not at that. Is intolerance the first sign of a disintegrating society? Are bans the answer? Or are they questions disguised as answers? Times LitFest looks beyond words, at the chaos that stares us today. Please come and be part of something that, who knows, may not be allowed to be part of tomorrow“.

And with that you set a rather chilling narrative not just for your LitFest, but also for India, declaring as it were – An Apocalypse Has Descended. There are chains, there is chaos, there is intolerance, there are bans, India is disintegrating and who knows, Kal India Ho Na Ho.

With this kind of an alarmist, hard lined narrative, where is the room for dissent at your LitFest? Or is it that only those who believe your narrative are invited?

Dear Old Lady of Boribunder, your motto is ‘Let Truth Prevail’. Where is the truth in this? Who has been chained? Who has been banned? Which chaos is disintegrating India (besides the high decibel cacophony of your Viagra-injected ‘Super Prime Man’ on Times Now)? Which meteor is destined to hit Earth at a precise latitude and longitude of 22° 00′ N and 77° 00′ E, that has made you believe India or your Litfest may not be part of tomorrow? Is your advert, which announces doomsday, based on facts and data, or is it just bombastic rhetoric to terrorise unsuspecting Indians?

Who gives you the right to terrorise us? Do you know it is punishable by law in some countries to create such panic? This when India has never looked better. And unlike you, I can back that statement with facts. Here, face them:

Acche Din Are Here…and TOI’s LitFest Ad says “Thou shall not (get Acche din?)”.

India is witnessing the highest ever Power generation due to its brilliant achievements in the coal, power, new and renewable energy sectors. Power deficit has hit a record low of 2.4%. From 1/3rd of India being powerless and the rest facing huge power cuts, India will soon be 100% electrified.

Acche Din Are Here….and TOI’s LitFest Ad says “Thou shall not!.. The chains are tightening. Slowly. We can feel them..”.

For the first time since Nehru allotted bungalows, the elite of India are being evicted: all of UPA ex-ministers, 27 artists and next, 60 journalists are vacating their illegally occupied Lutyens bungalows.

For the first time since Nehru, Communists are being shut out of the system. Communists, who are not even 1% of India, had been occupying majority of key posts in academia and government organisations. Strange? Yes, but no more. For the first time thousands of NGOs indulging in anti-national activities have been shut down as their foreign funding us being gagged.

Acche Din Are Here….and TOI’s LitFest ad says “Thou shall not! .. Sing, but not this. Laugh, but not that. Is intolerance the first sign of a disintegrating society?”

Indian’s National Security has never been given greater importance than now. A once paralysed defence sector has today cleared projects in access of One Lakh Crores. OROP, which was neglected for 40 years since Indira Gandhi scrapped it, was cleared in 18 months. With the border issue settled after 40 years, thousands of Bangladeshis and Indians, living on No Man’s Land, have found their identity.

Forces at the borders have for the first time got orders to fire back at Pakistan. Chinese troops no longer walk into India as if it were their daddy’s garden. Naga insurgency, pending since 1950’s has finally been resolved. Chotta Rajan and ULFA’s Anup Chetia are back in India. Dawood for the first time is quivering in his pants.

Acche Din Are Here….and TOI’s LitFest ad says “Thou shall not!.. Are bans the answer? Or are they questions disguised as answers?”

India on its way to building one million school toilets, has in one year built an incredible 4-lakh school toilets. Which effectively means that for the first time since 1947, the main reason for girls not enrolling in schools or dropping out, the main reason the girl child was disadvantaged, is being removed. How can a country progress if 50% of its population is not given equal opportunity in schools and life? The Toilet Revolution is doing just that, empowering India by empowering the girl child.

Acche Din Are Here…..and TOI’s LitFest Ad says “Thou shall not!.. Times LitFest looks beyond words, at the chaos that stares us today.”

For the first time an Indian PM has said that if you send a distress tweet from anywhere in the world to the External Affairs Minister at 1:00 AM, she will respond at 1:10 AM. She does.

For the first time a Power Minister in India openly declares, Rural Electrification Targets and says ‘I’m accountable, you can track my progress by logging on..”

Indians have woken up to development in a big way and incidents of communal violence are finally down as numbers reveal (and majority of communal incidents are from Congress ruled states).

For the first time India’s ‘Intoleratti’, have complete freedom to terrorise, criticise, defame and abuse India, Indians and its PM. Something that was not possible under Nehru who was so sensitive to criticism that he amended the constitution to gag freedom of speech. Neither was it possible under Indira who imposed Emergency. And nor was it possible under Sonia who locked up Congress President Sitaram Kesari in the loo, so she could preside over the eventual loot of India.

For the first time, the common man has not only freedom of speech but also the freedom to be heard and learn the truth, beyond the Nehruvian Gospel.

ACCHE DIN ARE FINALLY HERE…..and TOI’s LitFest Ad concludes by saying “.. Please come and be part of something (LitFest) that, who knows, may not be allowed to be part of tomorrow”

You, The Times Group, are supposed to be a responsible citizen. More so because you have a voice that influences, moulds and creates opinions across the country. For long, people have not only looked up to you but believed that you believe in your motto, Let Truth Prevail, Satyameva Jayate.

And when you put out your ad, in your own paper, which you have made into a semi-porn rag, people look at it, notice it, and take it at face value. I am from advertising too, with two-dozen awards behind me. And I have enough professional credibility to say, this is the worst kind of irresponsible advertising.

A similar fest organized by you, called Times ThinkFest, had Tarun Tejpal, a man who had been accused of raping a young woman the age of his daughter, as a principal speaker and prime mover. Is that what your fests are all about? Platforms for rape accused? And he is invited to speak on, lo and behold, “Tyranny of Power!”. And then you have the gall to accuse present day India of intolerance? When you actually are the presiding deity of degeneration and decline in morality?

Basically this is what you and all your “venerable Intellectuals” told us girls at your Times ThinkFest, “Who cares a **** whether you get raped. Go scream your lungs out for justice. Boys will be boys, we don’t just physically rape, we also celebrate it thereafter, with Kinkfests to intellectually rape you… do what you can”.

Next time hypocrites like you scream “Dignity of women”, we know exactly what you are doing! 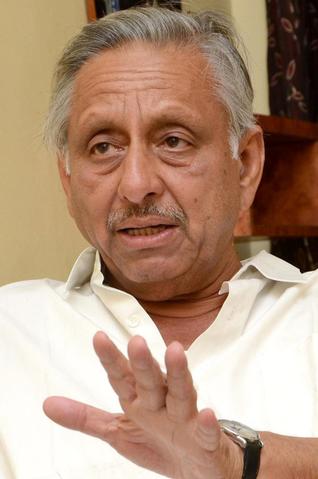 But wait. You have gone further to damage the atmosphere in the country. Yes you, the venerable Old lady of Boribunder, has that paragon of virtue, Mani Shankar Aiyer as the opening speaker for this LitFest that you advertised so bombastically, claiming the entire moral grounds that India boasts of, every inch, every acre. The same man who denigrates the country by asking the enemy country on their National Television to help throw out the current disposition – “Modi ko Hatao”. And with Mani the motor mouth, the foul mouth as your principal interlocutor, you have the gall to call this country a place where there may be no tomorrow for free expression?

Ok, just an aside. You are the media behemoth of the country that has legalized “Paid News.” Didn’t you pioneer the business with your MEDIANET, with rate cards for square centimetres of space and business executives flashing grand designations?

Okay, go now, get that motley bunch together, tie yourself up in imaginary chains, and bind your readers as well. As youngsters, we looked up to The Times Group. As grown men and women, you have forced us to look down upon you. Have the mighty fallen? Oh so much that one can’t even see you.

As India Stands Up Against Your Right to Media Terrorism, would you today confess that you and people like you are actually intolerant of economic development? Speak now or stay silent forever!

Sumedha is a designer and writer and a strong nationalist who doesn't believe in being a bystander or a fence-sitter.