ISI favourite Maleeha Lodhi lobbies in the UN against India 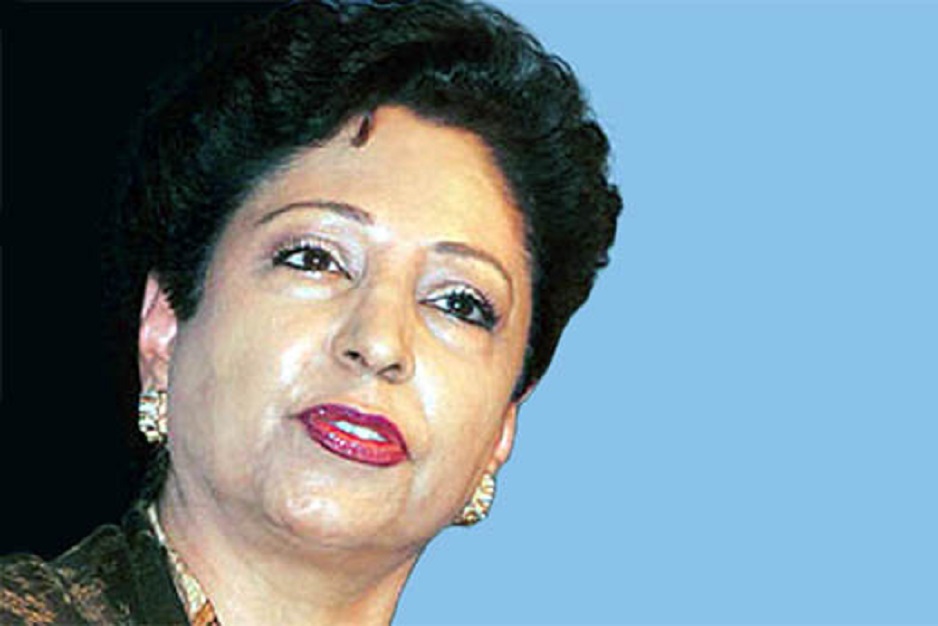 Maleeha Lodhi, 61, is undoubtedly one of the most hated women in Balochistan, the France-sized province in Pakistan which the Baloch call occupied territory. The reason is simple. Kargil’s defeated army chief, who later became Pakistan coup leader, General Pervez Musharraf had handpicked her as Pakistan’s high commissioner to the United Kingdom and she masterminded the UK’s move of proscribing the Baloch Liberation Army on 17 July 2006. Just a month later, on August 26, 2006, one of the most popular Baloch leaders, former governor and chief minister of Balochistan, Nawab Akbar Khan Bugti, 79, was assassinated by the Pakistan army in the hills of Balochistan. “Well done boys,” the dictator told his troops. Bugti’s blood too, is on Lodhi’s hands.

A look at the career of Pakistan’s new permanent representative to the UN in New York speaks volumes about the varied services she rendered to the army junta. Under General Musharraf, after Bugti’s killing, Lodhi played a key role in the December 2007 arrest of Baloch leader Hyrbyair Marri, now 46, and his comrade Faiz Baluch, now 32, in London.

Without naming Lodhi, The Guardian reported that the UK Foreign Office was engaged in behind-the-scenes discussions with Pakistani officials in an effort to secure the extradition of Rashid Rauf, then a 26-year-old Briton held in a high security prison in Pakistan, and the two Baloch men were arrested for a prisoners’ swap. Rauf, from Birmingham, was wanted in connection with an alleged plot to blow up transatlantic airliners in the summer of 2006. Like many other jihadists, Rauf was an asset for the infamous Inter-Services Intelligence agency of Pakistan while Lodhi was their trusted servant. However, the outcry over the prisoners swap in the British media foiled the ISI designs. According to The New Statesman, the arrest of Marri, who fled to Britain in 2000, took place two weeks after Pakistani forces killed his elder brother, Balach Marri, a prominent Baloch nationalist leader and member of the provincial assembly of Balochistan.

One of the goals of the army’s favorite woman envoy’s latest appointment appears to be part of a GHQ plan to defame the Baloch movement one more time at the international level. “Lodhi is a pseudo-intellectual who has been dispatched to New York to hide her army’s military aggression, war crimes and crimes against humanity in Balochistan,” self-exiled former Balochistan fisheries minister Kachkol Ali, said from Oslo. Ali’s son Nabeel Ahmed, 22, was abducted on August 30, the International Day for the Victims of Enforced Disappearance, by the ISI in Karachi. His whereabouts is still unknown.

[pullquote]Lodhi says she would have been a “princess” had the Moguls not ousted her forefathers from the throne in India. [/pullquote]

Lodhi’s main boss this time is yet another army chief, General Raheel Sharif, and her appointment follows his soft coup. During his UK visit in January, Gen Sharif let the cat out of the bag by demanding the arrest of Hyrbyair Marri and other Balochs in exile in UK. “Gen Sharif asked that the British take action against Baloch separatists living in London, including Hyrbyair Marri, who Pakistani officials say is the leader of the Balochistan Liberation Army (BLA). The general requested that the BLA be listed as a terrorist organisation and that legal measures be taken against any of its leaders based in London,” according to senior BBC correspondent Owen Bennett-Jones. Gen. Sharif’s demand was condemned by the premier Asian Human Rights Commission. “The war on terror is rooted in religious ideology and including Baloch organisations in the list of terrorist makes no sense what so ever,” the Bangkok-based AHRC said.

Lodhi’s role in Pakistan general’s dirty games needs to be closely scrutinized. On 11 September, 2001, a date that no American will ever forget, Lodhi was ambassador to the US and along with the then ISI chief lieutenant general Mahmoud Ahmad, was at the capitol having a breakfast meeting with senior officials when the planes struck the Twin Towers and the Pentagon. According to published reports,  Lt-Gen Ahmad was widely believed to be the “money man” behind 911 attacks. Lt-Gen Ahmad is also said to have encouraged the Taliban to defy the US when President Bush launched the Operation Enduring Freedom, leading to his ouster under CIA pressure.  Lodhi’s father, a navy officer had also helped Zia-ul-Haq.  Like father like daughter, even before Musharraf, Lodhi had begun her career of servicing the army generals during the military regime of general Zia-ul-Haq (July 5, 1977—August 17, 1988) when she wrote in praise of the Islamist general. She was at the time, still studying at the London School of Economics.

While welcoming Musharraf’s coup, according to the TIME magazine Maleeha Lodhi said those “who lament the death of democracy, don’t understand that it’s the people who came in through the ballot box from whom democracy first has to be saved.” Musharraf’s coup, was the second time Lodhi had joined hands with the tormentors of premier Nawaz Sharif. Six years earlier, she was part of a grand conspiracy to remove Sharif’s first elected government by publishing an Urdu poem, calling upon the then army chief General Asif Nawaz to oust his government. This is the third time that Lodhi has joined hands with Sharif’s tormentors and the helpless premier cannot do much since the other Sharif, the general, holds the biggest gun in Pakistan.

Arif Jamal, author of Call for Transnational Jihad: Lashkar-e-Taiba 1985-2014, who was a colleague with Lodhi says in The News International, “Sharif has always looked upon Lodhi as a pawn in the hands of the army generals. Whatever she will be doing at the UN will reflect the GHQ policy, not the civilian government’s policy as she represents the men in uniform.” According to analysts, the most important agenda in Lodhi’s brief in New York is blocking India’s permanent seat at the UN Security Council by beating the Kashmir drum.

Lodhi hails from Lahore, the capital of Punjab, a city named after Lava, son of Rama – a fact that most Muslims in Punjab may never want to accept as they are in total denial of their Hindu cultural heritage. Like many Muslim supremacists who try to identify themselves as descendants of the Arab, Turkmen and Afghan invaders of India, Lodhi’s penchant for the past appears to be phenomenal. According to the Los Angeles Times, Lodhi says she would have been a “princess” had the Moguls not ousted her forefathers from the throne in India. Even if her royalty claim is true, as a self-proclaimed scholar, Lodhi should have been ashamed of herself: Sikandar Lodhi had burned alive a Hindu Sadhu only for saying Muslims and Hindus were equally acceptable to God. He also wantonly destroyed countless Hindu temples, Taliban-style.