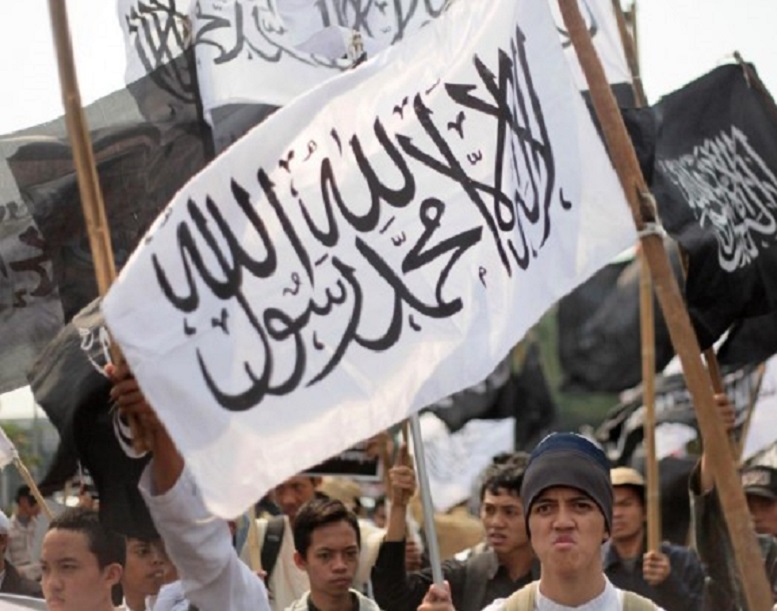 After the Texas shooting, there is all round condemnation in the US media of Robert Spencer and Pamela Geller—two of the greatest counter jihadists around—for indulging in ‘needless provocation.’

So, even in the Land of Free and the Home of Brave, after fourteen years of a brutal attack on it, there are open calls for surrender.This only shows that dhimma can be imposed from the top, in one go, if the believers have conquered the land; or it can also be imposed from below, by imposing one provision at a time, and unleashing vigilantes on the violators.

The real strength of the Religion of Peace is the sanction of vigilantism in it. The government may be sincerely secular and tough, the press may be objective, security agencies may indeed be highly competent and able to control big-ticket terrorism, but there is no solution whatsoever to vigilantism.

If there are millions who are ready to walk up to a person who has offended them and kill him, there is nothing any police can ever do. In such situations, the only way the person can live is to go into hiding, and that is what those who run afoul of Religion of Peace do to survive. In reality they have gone for complete physical separation, though they are alone on the other side of wall.

That is why I always say that complete physical separation is the only solution. Everything else is a pure waste of very precious and sacred human lives, and of time and resources. The biggest scandal of human existence on this planet is that the kafir ruling elite in non-Islamic countries are ready to live with their own countrymen getting killed in slow attrition, but are not ready to hold accountable and answerable the belief system that practices such killings to get its way, because then they (the elite) may look like bigots.

I know of course that they know that the dead are someone else, and risks of getting branded as bigots are theirs, the ruling elites of the kafirs. And of course we need to remember here that to run afoul of the Religion of Peace, all you need to do is speak the truth about it, from its own scriptures.

Therefore vigilantes make sure that everybody who offends the followers of Islam gets killed, or goes into hiding, disappears. Ceases to exist for all practical purposes even if officially he or she has not broken any law as far as the laws of the land are concerned.

Others soon get the message that if they offend the followers of Islam, someone from somewhere may show up and kill them. So they start adjusting their behaviour accordingly, thinking that this one more concession, this slight accommodation will keep the peace. They start behaving like the frog that has been put in the water of steadily rising temperature. The frog quickly adjusts to the rising temperature, little realising that plan is actually to boil it to death.

And of course, those who live next to localities with large Muslim populations — generally called ‘no-go zones‘ — do not even have to draw any cartoons to offend the followers of Mohammed. Their very existence is an offence. And therefore kafirs living next to no-go zones have to live in a veritable hell of sexual molestation of their women, petty crime, knifings, muggings, etc.

Rich and middle-class kafirs make sure that they live the farthest away from no-go zones in their city. They carefully choose roads to avoid no-go zones, visit restaurants, cinema halls, schools, etc., in the areas where the dark shadow of no-go zones does not extend. Then they lecture the poorest kafirs who are caught in the areas next to no-go zones and have to live daily with the harassment of their daughters, destruction of their businesses, and erosion of the value of their property. This lecture proceeds in the vein that a few extremists do not represent the entire belief system, they know many of its followers who are good human beings, and it is about to reform, just one more poverty-eradication scheme, and all will be well, we will all get together and sing kumbaya.

For good measure, Leftists also chip in with the claims that folks in the no-go zones and kafirs next to them actually wish to live in perfect harmony, and those rich folks over there are making them fight by promoting hate between communities.Man’s capacity to deceive himself is infinite. His capability of throwing somebody else to the wolves to save himself is never in doubt, and for the Leftists their ideology is the real world.

The kafir ruling elite all over the world daily buys peace by feeding the poorest kafirs — who do not have the means to move away from the no-go zones — to the wolves. But each kafir must live with the knowledge that being poorest is a relative state, and someday surely the sword will fall on his own neck.

Violence alters the brains of human beings in ways unknown to them; and one of the mechanisms they adopt to cope with violence is to deny that there is any violence. Another is to blame themselves. In the first, no action is required. And in the second they still feel in control of the situation, because if their behaviour is the cause of violence, they can stop it by changing the behaviour.

That is what the elite in America are doing by blaming Robert Spencer and Pamela Geller for the attack on their event. If the behaviour of Spencer and Geller is the cause of the violence, it can be stopped if they only change their behaviour. The kafir ruling elite are behaving like the blind in the H G Wells story The Country of the Blind, who identified as crazy those who can see the danger and are speaking about it.The Country of the Blind is not just the name of a story. It actually exists, and kafirs live in it.

The only way the kafir world can survive is through complete physical separation between it and the Islamic world. There is no other solution to vigilantism and the resulting low-level, random, but unceasing violence.

The Qur’an is very explicit about the whole matter. It says that kafirs have to disappear from the Earth. Therefore kafirs must confront their own ruling elite as to why they are asking the kafirs to share their cities, towns, and villages with those who believe Qur’an to be the word of God. Because those who so believe are explicitly commanded to kill those who do not so believe.

And so kafirs must tell their own ruling elites that either we also believe that the Qur’an is the word of God, and therefore we all must convert straight away. Or, if we don’t, we must be allowed to say so aloud, and those who kill us for saying so must not be allowed to live with us. It is as simple as that.

This piece was first published in Gates of Vienna.