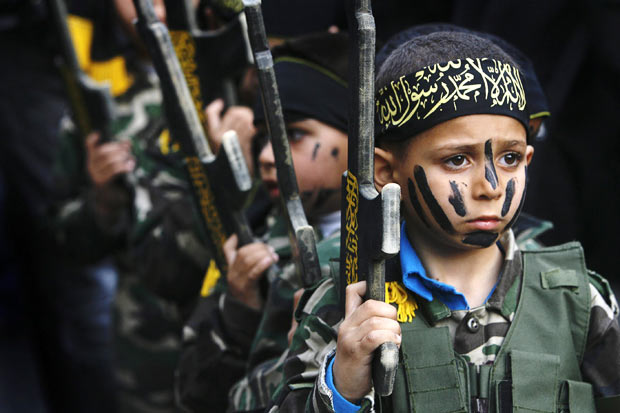 Israel, our media moghuls inform us, is a bully in the Middle East that kills babies in Gaza. Supported by the West, the Jewish state continues to bomb targets, regardless of the civilian casualties. Palestinians are fighting for liberty and nationhood, while Israelis are bloodthirsty war-mongers, we are told. A closer examination would, however, show that situation is entirely different.

Even the most objective commentators in our country end up committing two errors: first, accepting moral equivalence between Israel and Hamas and, second, asking Tel Aviv, and only Tel Aviv, to be a little more accommodating. While Israel is a modern democracy that treats minorities well, Hamas is a murderous organization devoted to establishing an Islamist state in which the minorities and women will enjoy a status similar to that of animals.

Similarly, demands are made only of Israel. The Indian Express editorial (July 17) accepted that the current escalation “began with the killing of three Israeli teenagers in the West Bank, allegedly by members of Hamas.” It also talked about “the barrage of rockets that Hamas and the Islamic Jihad have been launching at Israel from Gaza, which in turn brought on extensive strikes by the Israel Defence Forces (IDF).” Further, it said that Hamas “has a track record of indiscriminately firing rockets at Israeli cities and stockpiling weapons in densely populated civilian areas that has long ceased to surprise.”

Yet, the editorial continued, “this could be the moment for Israel to face up to the larger question: how long does it expect to continue this chain of violence that neither secures Israelis nor delivers a state to the Palestinians?” Further, “Israel cannot solve this conundrum without going the extra mile to resume direct talks with the Palestinian leadership.” In short, the onus is on Israel.

Hamas is widely acknowledged to be a terrorist organization which has links with Muslim Brotherhood and ISIS. Even liberals do not deny this. It preaches jihad, prepares suicide bombers, murders Israeli citizens of all ages, and is committed to the annihilation of the Jewish state. But it is Israel that has to go “the extra mile to resume direct talks with the Palestinian leadership.” For what? Ensuring the less painful end of Israel and slaughter of Jews?

This is the constant refrain of liberal commentators. So, in an article in The Times Of India (July 24, 2014), Minhaz Merchant wrote: “Hamas is a terrorist group with little local support and Arabs have been fairweather friends to India. But that does not alter the argument: Israel must negotiate—and negotiate quickly—by relinquishing the territory it has occupied and ratify, despite its misgivings, the two-state agreement.”

Again, it is Israel that “must negotiate,” even when it is conceded that “Hamas is a terrorist group.” Notice that few demands are made of Hamas. It can jolly well murder Jews, but it is Israel that has to the extra mile. The jihadist outfit may keep poisoning the minds of little boys and girls with Islamist propaganda, but Tel Aviv has to negotiate.

Such tendentious and disgraceful commentary is also surprising in India. There is often discussion in our country over the possible retaliatory tactics that we can adopt against Pakistan in view of its aiding and abetting terror attacks. It needs to be underlined that though our western neighbor is responsible for many such activities, it doesn’t launch rockets at our cities on a regular basis. Nor does Islamabad announce its ultimate goal as the destruction of India. But Hamas is doctrinally committed to the annihilation of Israel. Hamas Prime Minister Ismail Haniyeh said that at a graduation ceremony for Hamas camps in the Gaza Strip’s Yarmouk Stadium in January this year.

Misinformation and Leftist vileness continue to pour in. An editorial in Hindustan Times (July 15) said, “The world has been looking on aghast while Israel bombs Palestinian civilians in Gaza in the name of fighting the militant group Hamas.” Notice the mischief: Israel is bombing “Palestinian civilians in Gaza in the name of…” As if Israel was looking for a pretext to slaughter non-combatants. It is worse than moral equivalence that so many show–here the victim is vilified as a bloodthirsty villain. The scandalous edit goes on to pontificate about “disproportionality.” It says that Hamas fired over 700 rockets but not one got past Israel’s anti-missile defence system, the Iron Dome. Ergo, Israeli bombardment “is little more than a vengeful collective punishment of civilians masquerading as a counterterrorist operation.”

So, if somebody shoots at you but you escape because of an effective bulletproof jacket and hit back at the attacker, you should be prosecuted, not the attacker. That such dementia and depravity can find place in one of the largest newspapers of the country speaks volumes about the perversity of public discourse.