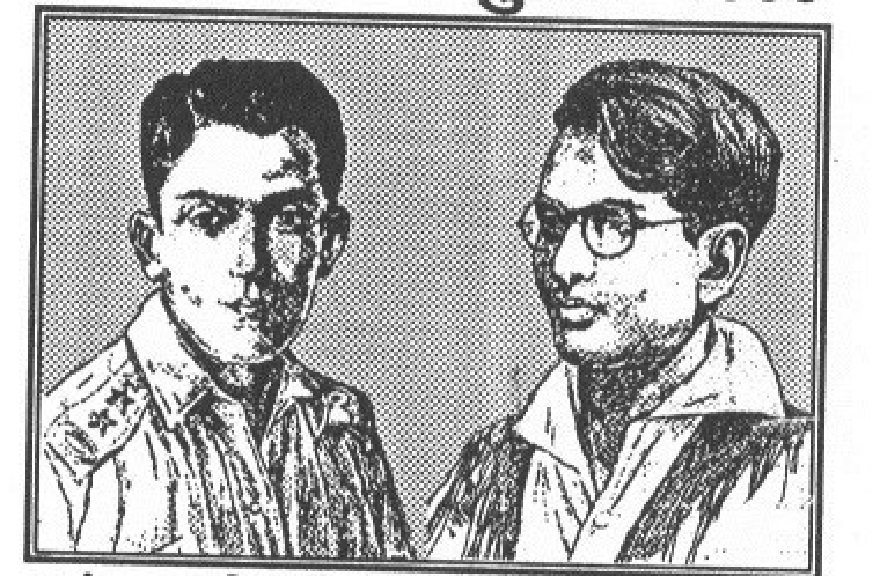 This was sent in by IndiaFacts reader, Newspaper Reader who can be followed on Twitter @readernewspaper.

The Indian Express published a report titled ‘Why kin of Muslim half of Gujarat’s martyr duo turned Hindu‘ on 17 July 2015. The headline reveals that the report’s focus is not on the heroism of the “Gujarat’s martyr duo” but on the subsequent conversion of some relatives of one of the martyrs. One wonders why the attention is not on the martyrs’ heroism but on the relatives’ conversions. Is it because the conversions were from Islam to Hinduism and not the other way round? The report begins thus:

“On July 1, Chief Minister Anandiben Patel reached a three-storey, 18th-century watchtower in the Muslim-dominated Old Ahmedabad area of Jamalpur to inaugurate a museum in honour of two Gujarati icons of communal harmony. On the same day in 1946, Vasantrao Hegishte and Rajab Ali Lakhani had staved off hordes of rioters during the annual rath yatra from Jamalpur’s Jagannath Temple — the former protecting Muslims, the latter saving Hindus — with both losing their lives”.

The first sentence says that Jamalpur is “Muslim-dominated” but the second says that Vasantrao Hegishte lost his life in Jamalpur while “protecting Muslims”. One wonders why Muslims needed such protection in a “Muslim-dominated” area. Is it because Muslims must be portrayed as victims even though the annual rath yatra of Hindus is one of the most peaceful festivals in the world? Or is it because the real killers of Vasantrao Hegishte should not be named in the interest of secularism?

Then, the report goes to say,

“Looking on as Patel opened Bandhutva Smarak, housing personal effects, such as sandals, and glasses, and paper clippings and jail records related to the two heroes, were the family members of Hegishte. And the Lakhanis? They had long gone, shifting to the US and Canada after being targeted in subsequent riots”.

The last sentence states that the Muslim martyr’s relatives have shifted to the US and Canada “after being targeted in subsequent riots”. We wonder how such riot-affected people were able to muster the wherewithal to emigrate to countries which are far richer than their native country. Or is The Indian Express not permitted to ask obvious questions when it comes to ‘minority’ victimhood? And next,

“his nephew Rashmin, formerly known as Rashid, told The Indian Express over phone from the US: “We decided to change to Hindu names, change our religion and hide our relation with Rajab Ali Lakhani.” Wary of disclosing details of his whereabouts, Rashmin said that among those who stayed back was Lakhani’s younger brother Ramzan Ali — but he too converted after his family was attacked in their home in Naranpura, and changed his name to Ramanlal.”

So, the speaker spoke to the newspaper “over phone” and was “wary of disclosing details of his whereabouts”. Of course, the Indian Express prints it as gospel truth without bothering to ascertain the veracity of his statement. Moreover, if his conversion to Hinduism was only out of fear, why doesn’t The Indian Express ask him the reason for continuing to use the Hindu name “Rashmin” even in the US? The paper also does not ask him whom he is hiding his “relation with Rajab Ali Lakhani” from — surely not from Hindus (since Rajab Ali Lakhani had died “saving Hindus”)?

“Rashmin (76), the son of Rajab Ali’s elder brother Vazir Ali, converted to Hinduism in 1965, married a Hindu from Bhavnagar, and moved to the US. “There were more than three attempts to kill the Lakhanis in the 1969 and 1977 riots, because of which we decided to change,” he said.”

This is some rich reasoning. If the speaker had “converted to Hinduism in 1965”, how can he say that they decided to change because of “1969 and 1977 riots”? I guess The Indian Express is not allowed to ask counter questions if any speaker makes allegations against Hindus. The report continues,

“Subhan, the eldest son of Ramzan Ali Lakhani alias Ramanlal, lives in Canada and goes by the name of Sam Lakhani, but has not formally converted. Speaking over phone, he said: “The 1969 riots were almost like the pre-partition riots, nearly 10,000 Muslims got killed. Our family had to go from one place to another to live safely. In my case, I already left for the US but my brothers and sisters had to change their names. Lakhani added that he had wanted his parents to move with him to Canada “for safety”. “They came in 1986, but could not stand the cold and went back,” he said, also wary of discussing details of the family’s location.”

This triggers the following avalanche of questions:

First, as the speaker has the Muslim name “Subhan”, one wonders whether his dead father — Ramzan Ali Lakhani — had really converted to Hinduism.

Second, this is the second instance (earlier Rashmin, now Subhan) of the report quoting a person “speaking over phone” and “also wary of discussing details of the family’s location.”

Fourth, why doesn’t The Indian Express ask the speaker how he came to know that “nearly 10,000 Muslims got killed” in the 1969 riots when he had “already left for the US” by that time (and now lives in Canada)?

Fifth, if the speaker’s father had converted to Hinduism but still the speaker “had wanted his parents to move with him to Canada ‘for safety’”, is the man admitting that Hindus are not safe in India?

Lastly, The Indian Express did not ask the speaker why he is “wary of discussing details of the family’s location” when the family is not wary of staying at that location, having come back from Canada. Indeed, there are so many holes in the report that one wonders if The Indian Express is a newspaper or a fishing net. It is the misfortune of the Indian nation that its mainstream media plays to the gallery of certain communities which know how to milk victimhood knowing fully well that such stories are either hyped or fake.