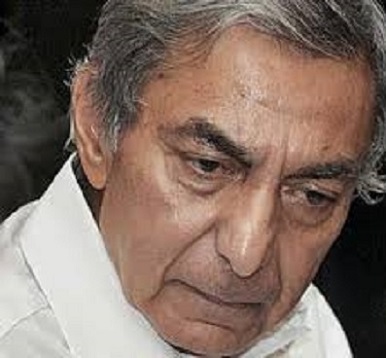 In the 13 December edition of Times Of India, Jug Suraiya raised concern over what he considers to be a negative transformation of Hinduism courtesy…who else… the Sangh Parivar:

The Dharama Jagran Samanvay Vibhag, an offshoot of the RSS, is reportedly going into the bounty-hunting business. It has been distributing pamphlets in and around Aligarh seeking donations from the public to help fund a ‘reconversion’ – ‘ghar wapsi’ (homecoming) – ceremony that the saffron outfit is planning to hold on Christmas Day and during which it will seek to bring Muslims and Christians back into the Hindu fold from which they have allegedly strayed.

According to the pamphlet, the ‘bounty’ involved in converting a Muslim is Rs 5 lakh while in the case of a Christian it’s Rs 2 lakh. The price differential is presumably based on the premise that Christians are a much smaller minority than Muslims, and so pose less ‘samasya’ (problem) to the body politic than do followers of Islam. Even as its protégé, the BJP, has initiated a country-wide drive to recruit members and overtake the Chinese Communist Party as the world’s largest political association, the RSS has set a target of annually converting 1 lakh each of Muslims and Christians to Hinduism.

That individual proselytisation, let alone mass conversion, has no place in the live-and-let-live ethos of the Hindu faith is blithely ignored by these saffron crusaders, who have mounted a concerted campaign to ‘semitise’ Hinduism and turn it into a religious ideology based, in the manner of Islam and Christianity, on the concept of ‘One book, one congregation, one people’.

To start with it is indeed strange that the likes of Mr. Suraiya are worried about Hinduism emulating the features of Islam and Christianity because people of his camp have been saying for years that all religions are the same, and therefore it should not be an issue that Hinduism is cloning the features of Islam-Christianity.Regarding the fear among the Jugular Vein types—that conversion of Christians and Muslims back into Hinduism will end diversity, kindly consider the following extract from an earlier piece:

…These [Missionary] associations mostly target the socio-economically needy groups and blame their ancestral religion, Hinduism for their woes, and simultaneously telling them that accepting Christ as their savior will bring prosperity. Upon conversion they are taught to despise Hinduism which the missionaries describe as an unusual cult……
This extract is further corroborated by this statement from horse’s mouth, the Evangelical Fellowship of India (EFI):

And to top it all, here is what US-based Christian fundamentalist Pat Robertson had to say:
..I believe they are open to Jesus, and my hope is to see 100 million Indians come to the Lord Jesus Christ in the next few years. …

Now as far as the question of proselytisation and mass-conversions is concerned, Mr. Suraiya needs to know that Hinduism or as it is properly called, Sanatana Dharma does not dictate a list of dos and don’ts to its followers.  And more importantly, the core of Sanatana Dharma is free spiritual and philosophical inquiry and personal choice, leaving the space wide open for anyone who wishes to adopt it. But Mr. Suraiya continues:

Compared with the semetic beliefs of Islam and Christianity, Hinduism is perceived by the Parivar as effete and weak because of its internal divisions of caste and regionalism. This perceived ‘weakness’ is what enabled first the Mughals and then the British to impose their rule on the country. To be like Islam and Christianity, which are seen to be ‘muscular’ religions that enjoin proselytisation to swell their ranks, Hinduism, as viewed by the saffron brigade, needs to gird up its loins to project a more virile and vigorously assertive persona.

This aforementioned mind-set is typical of the secular-liberal narrative to explain the widespread and accelerating popularity and reawakening of Hindu Nationalism. The root of this mindset lies in the colonial era when on being forced into a corner by the Anglican missionaries and colonial officials, many well-read Hindus saw polytheism, caste and idol-worship as the cause of Hinduism’s decline, with reformist sects like the Brahmo Samaj and Arya Samaj taking steps to purge Hinduism of all its alleged evils.

But then the likes of Swami Vivekananda reawakened the Hindus to their own past glory, and explained powerfully, yet simply, the core values and doctrines of Sanatana Dharma. Needless, Vivekananda’s call and message spread like wildfire and attracted millions and it is not incorrect to say that he reawakened the Hindu nation at a time when it was under massive attack from all quarters. His work was followed by a significant group of scholars who studied and highlighted different aspects of Hinduism’s past. And all of this was possible because unlike Islam-Christianity, Hinduism has a domestic method for revitalization and reform.

Towards the end of the article Mr. Suraiya asserts that

Another step towards remoulding Hinduism into semetic form is the promotion of a congregational faith. Despite mass gatherings like the Kumbh Mela, Hindus have traditionally never practiced congregational worship. There is no daily call to prayer, no Sunday morning sermons. The closest Hindu equivalent of a regular congregation is the RSS shakha. The mass conversions which are being planned are part of a strategy to bring in congregationalism through the back door.

The third attribute of semetic tradition – that of creating a bond of ‘one people’ – is sought to be achieved by replacing the turbulent river of history, with its diverse tributaries and distributaries, with a mainstream mythological narrative based on the Ramayana and the Mahabharata.

It appears that Mr. Jug Suraiya himself read the fabricated history of India authored by our eminent historians. Although Hinduism in general does not call for mandatory prayer meetings, that cannot be equated with the absence of congregational worship.

Besides, the word “prayer,” “congregational worship” and so on have specific meanings in the source of their origin—Christianity—and don’t have a strict one-to-one correspondence in Hinduism.  And unlike the Abrahamic faiths, the sages and scholars of Hinduism spoke about Santana Dharma in a large number of forms throughout its long history: satsangs, keertan, bhajans, and so on.

And is Jug Suraiya ignorant of the fact that most Indian saints and sages like Gorakhnath, Kabir and Appar disseminated their teachings through the aforementioned traditions? Also is Mr. Suraiya wilfully ignoring the innate traditions of Sanatana Dharma like yagnas which are considered incomplete without the participation of people from all sections of society?

It is amusing that Mr. Suraiya is concerned with the narratives based on the Ramayana and the Mahabharata as every student of Indian traditions will tell you that these epics have been open to various interpretations without losing their essence. On that issue, Mr. Suraiya may I know why you are silent when the secular eminences in our media and academia continue to peddle distortions about Indian civilization and culture? As an endnote, Mr. Suraiya, kindly read these words of MS Golwalkar to know what kind of India the Hindu Nationalists wish to see:

…..If, after fulfilling all these, anybody says that he has studied the Koran or the Bible and that way of worship strikes a sympathetic chord in his heart, he is welcome to follow it…We want all people to come to the mainstream of national life but not to lose their identity….