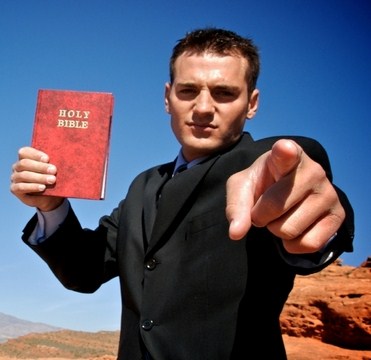 This is the first part of an IndiaFacts series that examines global evangelism from its origins up to the present time.

For this is what the Lord has commanded us: “I have made you a light for the Gentiles, that you may bring salvation to the ends of the earth.” – Acts 13.47

Therefore go and make disciples of all nations, baptizing them in the name of the Father and of the Son and of the Holy Spirit, and teaching them to obey everything I have commanded you. And surely I am with you always, to the very end of the age. – Mathew 28:19-20

Evangelism has always been a central part of the Christian faith right from its inception. Given the political nature of this doctrine and the clear threat it poses to Hinduism, IndiaFacts analysed David. B Barrett and James W. Reapsome’s book “Seven Hundred Plans to Evangelize the World: The rise of a global evangelization movement.”

David Barrett (1927–2011) , an outstanding statistician-evangelist, and Reapsome, a retired pastor, published this book in 1988 with the ambitiously explicit aim of systematic statistical evaluation of the history of evangelism starting from 33 CE up to 1988 CE, covering 66 generations of Christian evangelism.

Meticulously researched, the book permeates with a war-like urgency in analyzing where evangelical efforts stand today, and what more is needed in order to realistically achieve a goal of converting the whole world into one religion, namely Christianity.

The authors call the Christians of that era as the “aware” generations, for their concerted efforts at increasing evangelism. But the most dramatic increase happened from 1950 to 1980. In one generation alone more than 315 distinct global missions were launched.

By the year 1988, when the book was published, there were as many as 1200 different evangelizing missions working across the world independently.

The authors analyze the overall status of evangelism by breaking up the data into three slots:

** For a more focused approach to practical evangelism, the authors prescribe dividing the world population into target segments of 5,000 each.

Categories have also been created based on resources, chiefly monetary, available for this work.

Sizeable resources refer to plans which involve over $100,000 a year over a period of 10 years. Considering that 146 plans are in this category, about 12 million dollars are invested in these missionary plans.

Massive resources refer to plans with budgetover $10 Million a year, for an average of 10 years. About 155 plans are in this category. Of these, 78 are not only financially massive but are also being aggressively implemented across the globe. The total monetary valuation of this category would be about $1500 million.

Gigantic resources refer to plans witha budgetover $100 million a year, or a total of $1 billion over the years. The largest of these plans-spends about $550 million a year on its own standalone world mission plan.

Therefore by reasonable estimates around the year 1988, global evangelism was a $20 billion industry. Today the figures must be much higher.

Among the various conversion plans in existence, 78 are so massive in scope and resources that the authors named them “megaplans”. These are current, ongoing plans with budgets running upto hundreds of millions of dollars to achieve its stated goal of world evangelization.

The Following is a list of these 33 evangelical organizations along with their year of inception.

A Brief Look at the Mainline Christian Networks

There are nine, primarily Christian Church theological and practical epicenters which influence the Christian world and by extension, all virulent and mega-evangelism plans are rooted in one or more of these.

[Footnote: “Seven Hundred Plans to Evangelize the World: The rise of global evangelism movement” mentions on page 54 that the organized Protestant world dates back to 7th century, while Anglicanism dates from 1-st Century Britain, before it became organized in 1867. ]

The next part of the series will examine broadly the methods employed for evangelism in what are known as closed and closing countries.