Know Who the Real Fascists Are: The Harsh Mander Video 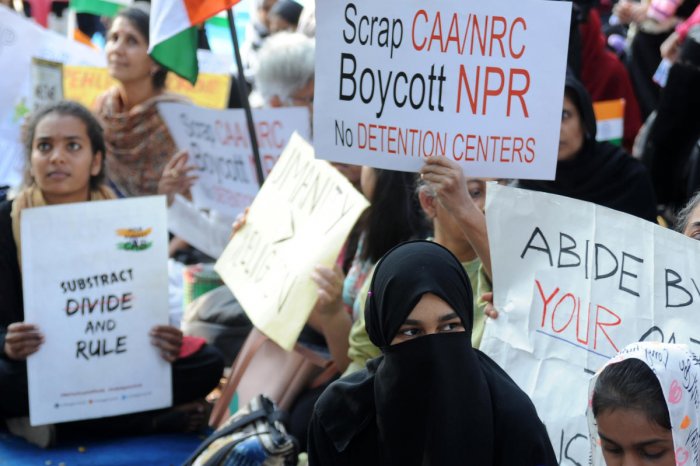 A few years ago, based on a Facebook debate that I had with an Indian journalist representing the Left-wing thought, I had written a three-part article “Opposing the Left is not Right”

where I had clearly stated that the moment you turn the eye of critical inquiry on the thoughts of the Left, the Left-wing ideologues right away (pun intended) put you in the category of the Right. These people operate strictly in the domain of Left/Right binary and do not let you explore or promote a space which goes beyond the aforementioned binary. This positioning is not very different from what George Bush, Jr. once had stated, “Either you are with us or against us.” And, of course, we so clearly know what great critics of George Bush the Left-wing media has been—this article is not on the merits or demerits of George Bush’s foreign policies, so I will not delve on this matter anymore; all that I wanted to show was the Right-wing-like mentality that the Left-wing ideologues show. In addition, it does not take them too long to insinuate extremism on the critic and slap epithets against the latter such as Nero, Nazi, or Fascist. In mainstream academia and media, the current position is that any thought which is not Left leaning or has not been inspired by Left thinking, is not correct, right, truth-leaning, emancipatory or liberatory: on the contrary, it is nothing but Right-representing which needs to be demonized, slandered, and shown to be dim-witted in order to strangulate it and suppress it. The same freedom of expression, which is so sanctified in mainstream academia and media, is denied to the critic—and paradoxically, it is done in the name of freedom of expression. Though I would encourage the readers to read all the three parts of the earlier article, if they do not have time, at least the eleven points that I make towards the end of the third article. I quote from one of the eleven points:

The Indian Left, whether it is in mainstream English-speaking media (barring one) or academia, maintains its hegemony and uses all extra-academic methods to silence dissent or to not allow any perspective to emerge which is not inspired by the thought of the Left. This is specifically in relationship to all the highly nuanced darshana systems that have existed in India before the advent of Islam by categorizing them either in the category of religion or Brahmanism. Or, let me put it bluntly: anything which can be identified as Hindu. One of the chief characteristics of Fascism is that it is rabidly against Freedom, in particular Freedom of Expression. By raising the false bogey of attack on Freedom of Expression, these left-wingers are the greatest opponents and suppressors of Freedom of Expression—because of which they are fascists or show fascist-like tendencies. I therefore write:

The question is why should the lens or lenses of the Indian left—panning across the spectrum—be considered absolute? Can there be other lenses in which scholarship be done? Will they allow space for other scholarships, specifically which challenge them? If they do not allow the space, then who is turning into a fascist? They, or the dissenters?

The fascists are also masters in inverting the truth—positing contentions that are absolutely in contra-distinction to what the reality is. This is evident from the Nazi use of Swastika. If you look at the Nazi Swastika, it looks very similar to the Hindu Swastika. But when you look deeper, you find that the Swastika has been inverted—it is opposite to what the Hindu Swastika looks like.

Look at how the Left-wing media has covered the Delhi riots. It made it seem to the entire world that the riots were instigated by the BJP politician Kapil Mishra and that under the supervision of the current BJP government, a pogrom was launched against the Muslims. What is the truth that is emerging? It was a riot meticulously planned by a section of Muslims for days if not months, as is evident from the sacks of stones which were put on the rooftops, acid packets and petrol bombs made, catapults created to launch the stones, petrol bombs and acid packets on intended targets. In fact, catapults made of iron were even mounted on a cycle rickshaw so that all these various “missiles” could be put to maximum use.

The police were meticulously targeted and one intelligence officer, Ankit Sharma, was murdered in cold blood. His body was found thrown in a drain with at least 400 stab wounds, and the postmortem report suggests that acid was poured into all the places where he was stabbed. His eyes had been gouged out and acid put in, and his ears suffered a similar fate. A Muslim politician from the Aam Aadmi Party, Tahir Hussain, who is absconding currently, has been captured in a video footage directing the rioters in one of the areas affected by the mayhem.

If anyone is familiar with the history of the Jewish people vis-à-vis the Nazis, they would know about the ingenuity of cruel methods used in their killing: concentration camps, gas chambers, transportation in sealed freight trains, and medical experiments that led to their deaths. The cruelty with which Ankit Sharma was put to death is screaming to identify the ‘consciousness” which was behind the riots.

After authoring the “Opposing the Left is not Right,” I continued on with a further investigation of Fascism and wrote another article titled “The Confluence of Marxist and Fascist Ideologies”

in which I argue that there is an intimate relationship between Marxism and Fascism—in fact, I show in the article how a slight tweak in Marxist philosophy culminates in Fascism, and it was for this very reason that many Fascists in their early “political career” have been Marxists. Also, in writing the article, I discuss some characteristics of Fascism, which we will make use of here (for complete details, please read the article in full):

To the above I add, Fascism is essentially against democracy and law when it imposes itself where people do not have a voice.

Now, let us examine the role that Harsh Mander has played in the video that has come out in social media on March 4, 2020. There is no clarity as yet as to when the video was recorded but it was uploaded on December 16, 2019; therefore, the possibility is quite high that the video was recorded before the violence of December 15 in which the students of Jamia Milia Islamia University had participated, leading the police to take action against them. The students had engaged in violence against the police and had destroyed public property, including burning of buses and vehicles. The mainstream English media, Indian as well as World, and Wikipedia CAA (Citizenship Amendment Act) description, have termed these protests against CAA as peaceful. Harsh Mander had given the speech in Hindi, which I am translating word-for-word for the readers:

It is amply clear from the above that Harsh Mander does not believe either in a democratic process through the Parliament or the judicial process through the Supreme Court of India. He is indeed interested in settling the matters through the rule of the mob. He is tapping into the mob-mentality. He is also addressing the irrationality of the people because when one dispassionately examines the details of CAA, one knows very clearly that,

Given the above facts, people like Harsh Mander have been instigating the people, primarily the Indian Muslims, by inciting and fomenting the fear that they would lose their Indian citizenship and would land in detention camps. They have been erroneously telling the Indian Muslims that the current government is out to get them, and that the way to settle the CAA/NRC issue is by taking to the road. And to the road the people did take where they rioted on December 15 and between 23rd and 25th February in Delhi: whereas the violence on December 15 looks spontaneous and unplanned, the one in February seems meticulously planned. Harsh Mander and his cohort, which include people like Sharjeel Imam, have succeeded in fanning the irrational fears of a section of the Indian Muslim population, brainwashed a section of the students that CAA is against humanity, equality, and secularism (clearly whitewashing the gross human right violations that are happening to non-Muslim population in Pakistan, Bangladesh, and Afghanistan) by inverting the truth, and instigated the crowd in not believing in democratic and judicial means of settling the issue and resorting to violent means, causing massive suffering to a lot of people in Northeast Delhi. I do not need to spell out who the real fascists are: the paradox is that it is these fascists who keep calling every other person who opposes them as fascists. It is of capital importance that these people are thoroughly exposed, because in the garb of protecting the Constitution, they are the biggest enemies of the Constitution. In the name of protecting and advancing humanity, they are the enemy numero uno of humanity. Under the pretext of promoting the highest values that the majority of the contemporary world holds, they get into the hearts of the students and turn them into anarchists and rebels by twisting and turning the truth on its head. They mislead generation after generation, and by the time the young discover that they have been taken for a ride, the energy and purpose of youth is finished and gone. The identification of the real fascists is important because it is they who are holding India to ransom. India bleeds, and they ensure that the world does not even recognize the real reason for its bleeding.