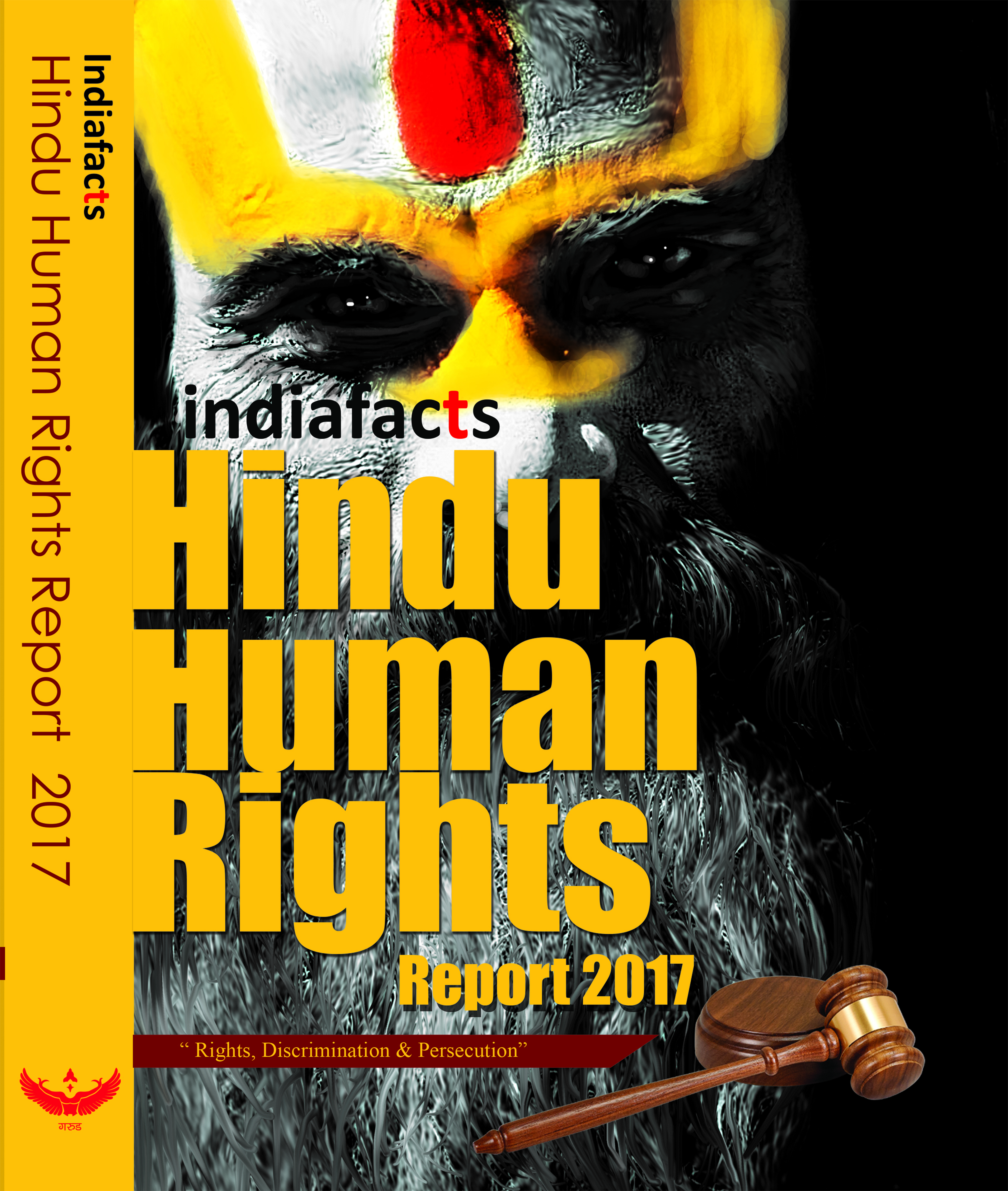 IndiaFacts in collaboration with Srijan Foundation launched India’s first ever Hindu Human Rights Report documenting both systematic and episodic violations of human rights, including sanctioned discrimination against Hindus by the State.
The report, published by Garuda Prakashan, focuses largely on incidents from 2015 and 2016 with some other selected incidents added in certain cases for historical context. The report was launched on August 19, 2017 by Ram K Ohri and J P Sharma, who are retired IPS officers and the authors of the book “The Majority Report”. Madhu Kishwar, the ICSSR Maulana Azad National Professor was the Guest Speaker. The event was attended by around eighty people, including many media professionals and was live-streamed on our Facebook Page. You can watch the Live-Streamed video of the event here. Sankrant Sanu’s talk at the event can be accessed here.

The Front Cover of our report: Here are the Key Highlights from our Report:

IndiaFacts has also started a twitter Hashtag “#HinduHumanRights“, wherein people can share links, reports, news items regarding Human Rights violations against Hindus in India and elsewhere. This Hashtag will serve as a documentation of all such incidents, which could be used to retrieve and document various incidents of persecution of Hindus. We request our readers and all those concerned about Hindu Human Rights to make use of this Hashtag.

Ordering a Copy of the report:

The IndiaFacts Human Rights Report is now Available for Purchase. Those who wish to order a copy, please email to adm@garudabooks.com. The report will be shortly made available on Amazon, both in print and Kindle format.

Some other Snapshots from the launch Event: