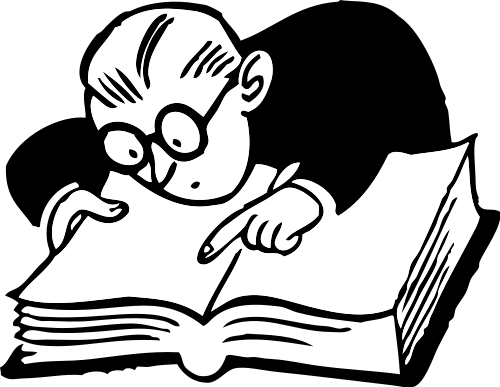 Apart from his penetrating insights on the nature of public discourse during his era, Sita Ram Goel was a thinker far ahead of his times. A quote at length from that chapter will make this clear [Emphases added]:

As one surveys India’s political parlance the first features one notices is that while certain people and parties are described as Leftist, certain others are designated as Righist. Once in a while, political scientists and journalists add nuances to this broad bracketing when they pronounce some splinter group as Left or Right of Centre. But one is left guessing about the location of the Centre itself. It is sometimes suggested that the Centre is constituted by the ruling Congress Party. The Congress Party however, repudiates this description.

The second feature which invites attention is that these contradistinctive labels – Leftist and Rightist – have never been apportioned among people and parties convened by an impartial tribunal like, say, the Election Commission. What has happened is that certain people and parties have appropriated one label – Leftist – for themselves and reserved the other label – Rightist – for their opponents, without permission from or prior consultation with the latter.

The third feature which one discovers very soon is that people and parties who call themselves Leftist also claim to be progressive, revolutionary, socialist, secularist and democratic. At the same time they accuse the “Rightists” of being reactionary, revivalist, capitalist and fascist. At this stage, the labels cease to be merely descriptive. They become laudatory and denunciatory instead.

Lastly one finds that the Leftists in general are pretty self-righteous as if some supreme power which presides over the world-process has not only entrusted them with the destiny of the Indian people but also assured them of ultimate and inevitable victory. At the same time the Leftists expect the “Rightists” to feel sorry for themselves as if the latter have committed or are out to commit some heinous crimes against humanity and, therefore, should not have any future except the dustbin of history.

It would be an interesting investigation to look up the dictionary meanings of these words which are being bandied around by the Leftists as political labels, and see if they really stick where they have been made to stick. Human history has known many instances in which the wolf has prowled and preyed in sheep’s clothing while the poor sheep has been presented as a wolf by sheer trick of language.

On the last point, recent history provides ample evidence for how verbal and textual sleights continue to be deftly employed to turn the meanings of words on their heads to suit predefined political agendas, which have kept India chained to one political family, impoverished at least three generations of Indians, prevented all-round progress and has created almost irreparable societal fissures.

It is therefore in order to present the real definitions and meanings in a sort of Ready Reckoner of some common terms used in contemporary dominant public discourse whose tune was set more than six decades ago by Jawaharlal Nehru and the Communists.

This Ready Reckoner designates the purveyors of this dominant discourse as “Adarsh Liberals,” a recent coinage created and made popular on social media by the Twitter handle, @adarshliberal.

Adarsh Liberal: A person who has attained the pinnacle of liberalism, the cherry on the liberal cake, the coveted Ideal which one must attain if one has to be considered emulation-worthy in the universe of liberalism. Characterized primarily by an inveterate hatred of the person of Narendra Modi, and the BJP, the Sangh Parivar, and all Hindus who dare to call themselves Hindus. (Related: Civil Society, Democratic, Eminent Historian, English Mainstream Media, Intelligentsia, Left, Liberal, Secular)

English Mainstream Media:  Enormously wealthy corporate entities pretending to be doing journalism. A majority have contributed massively to create and further a narrative that belittles India with the active connivance of Editors in their pay. Prominent editors are characterized by political lobbying, blackmail, planting stories, fomenting social and communal fissures, sexual misdemeanors, and building vast personal fortunes disproportionate to their regular earnings. Empirical evidence suggests that one should cross-check everything that gets reported by them. Their finesse at adding spin to facts is second to none. Are members of one, several or all of these clubs: Adarsh Liberal, Civil Society, Democratic, Intelligentsia, Liberal, and Left-Liberal.

Fascist: A term used to describe Narendra Modi by left-liberals when blinded by fury borne out of helplessness rooted in their failure to bring him down. This has nothing to do with the radical nationalism that came into prominence in early 20th Century Europe and which is also, incidentally, known as Fascism, and its followers, fascists.

Intelligentsia: A global fraternity of super-brainy individuals with a Leftist disposition bearing such varied life-saving skills as a high degree of proficiency in criticism for its own sake on everything from art to food to mind-reading. Also characterized by an incredible ability to comment on everything from philosophy to nuclear reactors as long as they can tie these diverse subjects down to the conclusion that Narendra Modi is fascist and Hinduism is oppressive. (Related: Adarsh Liberal, Civil Society, Democratic, Eminent Historian, English Mainstream Media, Left, Liberal, Secular)

Intolerant: Those who, out of pure jealousy and lack of mental acuity, tend to question the views propagated by left-liberals. Of course this has nothing to do with the fact such liberal views are illogical, superficial and generally anti-national. Synonym: UnIntelligentsia (See Also: Bhakt, Bigot, Communal, Fascists, Fundamentalist, Internet Hindus, Militant)

Left: A global group that believes in a Sole Ideology-driven internationalism, which is more important than nationalism, which is inherently oppressive. Its Indian variant is an orthodoxy that has preached mass violence in the past and continues to preach the need for voluntary or forced annihilation of all that is left between the ears by writing scholarly tracts, which in turn, attempt to persuade the reader to rebel against and abandon commonsense, objectivity and logic. Besmirching India is a defining feature. (Related: Adarsh Liberal, Civil Society, Democratic, Eminent Historian, English Mainstream Media, Left-Liberal, Liberal, Secular)

Liberal:  Among other things, people who typically hold cocktail parties in five star venues to raise funds for underprivileged and underfed street children among other such noble causes. A chief membership criterion for entry includes behaving like permanent tourists in India—greater the ignorance about India and its native culture, the higher is one’s liberal ranking. For female entrants and members, a LARGE red bindi is a part of the unofficial dress code. Typical professions of liberals include sundry art dealings to literature to food criticism, although journalism clearly remains their top favorite. (See also: Civil Society, Democratic, Eminent Historian, English Mainstream Media, Left, Left-liberal, Liberal, Secular) [Related: Adarsh Liberal]

Left-Liberal: A fatally deadly cocktail that incorporates all the features described under “Left” and “Liberal.” Believes himself/herself to be perpetually at war with his own country.  A step below the Adarsh Liberal. (See also: Adarsh Liberal, Civil Society, Democratic, Eminent Historian, English Mainstream Media, Left, Liberal, Secular)

Militant: Every single Indian who remains rooted to native traditions, culture, and the ancient civilizational values of India despite the best efforts to destroy it, and passes on this civilizational consciousness to posterity. Believes in the Oneness of Spirit and inclusivity and is typically accommodative of all sorts of differences and diversity. (Related: Bhakt, Bigot, Communal, Fascists, Fundamentalist, Internet Hindus, Intolerant)

Reactionary: A derogatory term used to describe anybody who does not agree with and is not a supporter of the progressive left-liberal discourse. Now largely unused, it was applied frequently by Communist politicians, ideologues, and writers as a first level of defense-cum-offence whenever any uncomfortable questions were posed to them. Post the collapse of the USSR, this has been replaced by Bhakt, Bigot, Communal, Fascists, Fundamentalist, Internet Hindus and variants thereof.

Regressive: A particularly trenchant, irritating kind of reactionary. If branding opponents as reactionary does not help, this is higher in the hierarchy of the Leftist Method of responding to logical counterpoints raised by their opponents. (See Also: Bhakt, Bigot, Communal, Fascists, Fundamentalist, Internet Hindus, Intolerant, Militant, Reactionary)

Secular: Adherents of the founding pillar of post-Independence public discourse in India. In Western political discourse, a secularist (or secular) means an individual who believes in the separation of the Christian religion from the State. In India, it means one who believes in the dogma of mostly favoring Muslims at the expense of Hindus. Corollary: any interference and increase—including negative and discriminatory—in the influence exerted by Abrahamic religions on the functioning of the Indian Government is naturally welcomed as fostering a spirit of tolerance characterized by religious syncretism. Syonymn: Nehruvian. (See also: Adarsh Liberal, Civil Society, Democratic, Eminent Historian, English Mainstream Media, Intelligentsia, Left, Left-Liberal, Liberal)

Note: This is a partial list of terms and as such, this Ready Reckoner will remain a work in progress.  Readers are welcome to post their own—i.e., new—terms together with their corresponding definitions in the Comments section. The Ready Reckoner will be updated accordingly with due attribution.