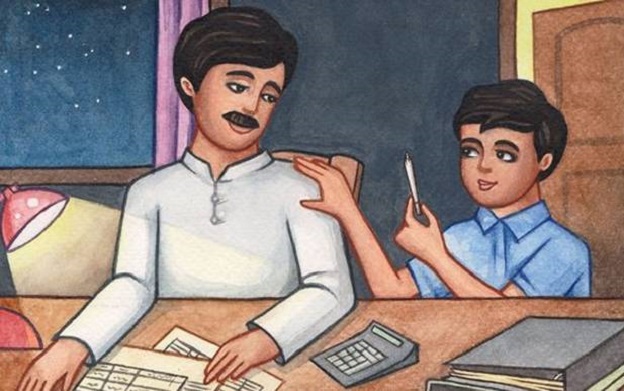 The Chakravarti Adarsh Lieberal rules over the circle of a dharma where it is but child’s play for to step in and step out of any of the seven steps below. It is what characterizes his or her greatness, and holds lessons for posterity for all.

1. The Harvest of Golden Silence

To be employed when the Adarsh Lieberal’s “own” are hollowing the moral fibre of the nation, gutting the economy, bludgeoning (to be applied literally, liberally, as well as metaphorically) the upright into submission. Preach forbearance. Practice silence. Pray for tolerance. Silence is golden. Silence is also the golden goose that lays golden eggs. The gold is mined by the honest people of the country. They will only hoard it as gold to be used for their false gods. Unless such gold is harvested, by the Adarsh Lieberal, whose silence yields a golden harvest, and while it’s not golden wheat, it does bring in the bacon, or beef – to be politically correct – a pink harvest, to be enjoyed over gin, rum, and all other manners of sophisticated intoxicants. Power, of course, is the biggest intoxicant, but it needs to be supplemented from time to time with the good stuff.

2. The Pretence of Aggrieved Whining

When it becomes clear that your grand-old-party has outdone even your best estimates of venality and corruption, and you know the coming elections will ring in change, it is time to be seen as an ahead-of-the-time oracle. Never mind that the rest of the nation knew it months before you did. You are the Adarsh Lieberal. So you pen an op-ed piece where you mix in cliched phrases with trite tautologies, and emerge as the shiny new voice for change. This is also used as a signalling mechanism to the grand-old-party to start preparing for a brief period out of power. But you do it not too far ahead of the elections, lest your snout be yanked from the trough – the withdrawal symptoms could prove painful.

3. The Establishment of Prognostication

Even as the Adarsh Lieberal pretends to be disillusioned with the establishment, he also makes an attempt to be seen as accepting what a billion other people already did – namely the emergence of the subaltern on to the national scene and laying a claim to the sanctum Santorum of the elite. You cringe, but inwardly. This is yet another cross you, the Adarsh Lieberal, will need to bear, but bear you must. You pen yet more op-eds where you analyze the reasons for the diminishing of the St Stephanians and the emergence of the Kendriya Vidyalay-ites (shudder – it is but understandable, but shudder far away from the public gaze). This is also an exercise in self-flagellation for the Adarsh Lieberal. The penning of adulation for the unwashed is his penance. There is always the hope for getting to keep one’s snout in the trough – after all, for over half a millennium, the Durbar has existed, outlasting every single emperor, dynasty, race. The sacrifice of one’s self-respect and integrity is but a small, small price to pay for carrying such a burden.

4. The Sliver of Objectivity

This is the brief period where you pretend to be admiring of the new dispensation. This may seem like idolatory, but it’s not. Remember, even Alaudin Khilji professed brotherly love for Queen Padmini. People are watching, on both sides, so this period has to exist to be seen and yet be brief. It has to be briefer than the time it takes for a sharp needle to pierce two thin leaves placed next to each other. It has to be a blink-and-you-miss-it long period. But it is important nonetheless, because this is when you establish the alibi for the next stage. You cannot do a ghar-wapsi (to use an unimaginably crude, lewd, and communal phrase) unless you leave the ghar, even if it is for a nimesha.

Lest you be seen as a turncoat, a Mir Jafar, you have to get up, or sit down, and declaim the end of innocence. You, the Adarsh Lieberal, gave an honest opportunity to the subaltern, despite your misgivings, despite your inner voice (just like the inner voice of the patron saintess of the Adarsh Lieberals), despite everything. But alas, it is only the symbiotic parasitism of Adarsh Lieberalism, on which the Adarsh Lieberal has fed on, that can save the nation and its secular syncretism. What are these catalysts? It doesn’t really matter, does it? But if you need the fig leaf, it could be the administration not passing some inconsequential law that your own grand-old-party could not be bothered to even introduce in parliament for decades. When batting with  Steve Bucknor at the other end, does it even matter whether the ball hit the bat or the pad or thin air – you “deserve” to be out, don’t you? Doesn’t the end justify the means?