Looming Spectre of Anti-Hindu Political Front: Now It is Hindus Versus All Others 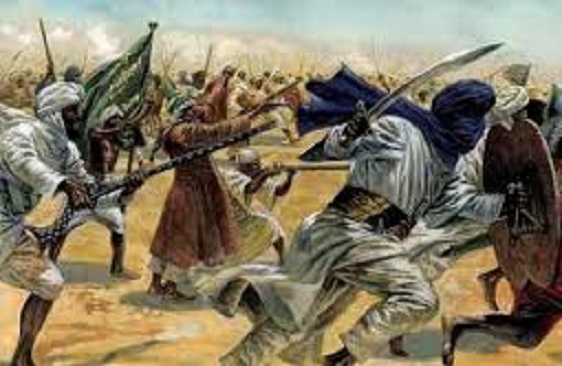 India won freedom in 1947 after passing through a blood bath of unimagineable proportions. At that time it was believed that in the coming decades the Hindus will be able to live peaceably in their ancient homeland. Unfortunately that did not happen and during the last 68 years the Hindu community, especially the poorest among counting nearly 34 crores, have been pushed into utter penury. In the name of promoting minority welfare the ruling gang of secularists have reduced a large mass of Hindus virtually to the status of hewers of wood and drawers of water.

The initial mischief was done at the time framing the Indian Constitution by incorporating Articles 25 to 30 for protecting the interests of the so-called minorities – without defining the word ‘minority anywhere in the Consttution. These Articles have been misused for showering on minorities a number of privileges which have been denied to the majority community, the Hindus. In addition, a National Minorities Commission was set up in 1992, after enacting the National Minorities Act.

The objective was to promote the exclusive welfare of five communities, namely the Muslims, the Christians, the Buddhists, the Sikhs and the Parsis. The most questionable, nay reprehensible, indeed was the fact that excepting the Muslims, the remaining four communities are more prosperous and better placed than Hindus in five important human development indices.

The anti-national cult of votebank politics received a shot in the arm when the UPA government appointed a high-powered Committee under Justice Sachar to evaluate the socio-economic and educational status of Muslims and recommend measures for their upliftment.

The plumbing depth of discrimination against Hindus was reached when on December 9, 2006 (birthday of Sonia Gandhi) the then Prime Minister Dr. Manmohan Singh made a policy declaration that the Muslims and the minorities will have the first claim on India’s resources. The proclamation meant that the Hindus will be entitled only to the left-over crumbs after the Muslims and other minorities had gobbled their fill of the national resources.

It has remained an unresolved mystery why this pro-Muslim and anti Hindu policy statement was made by the former Prime Minister on birthday of Sonia Gandhi. According to the Lutyens rumor mill thereby hangs a tale!

The demeaning acts of discrimination against the Hindu poor, by showering two crore scholarships on Muslims and minorities plus cheap loans, , were practiced to achieve the following two political objectives :

Firstly, to consolidate the five minorities as a solid votebank to serve the ulterior designs of the self-styled secular coterie.

Secondly, to drive the Hindus, especially their poorest component comprising nearly 34 les miserables, living below the poverty line, to the edge of economic misery, unless they converted to Islam or Christianity.

Meanwhile due to incessant flow of foreign funds during the UPA rule thousands of new mosques and churches have been built across the country and a substantial number of poverty-stricken Hindus seeking free scholarships have reportedly been tempted to convert to Islam and Christianity.

Millions of dollars have been pouring into India from petro-dollar rich Sheikhdoms and countries like, America, Canada and Germany for pursuing the evangelisaton agenda of Joshua Project, World Vision,, Christian Aid and Seventh Day Adventist Church, etc., for harvesting the souls of the so-called ‘heathen’ Hindus.

But God is great. In 2014 He performed a remarkable rescue act to save the beleaguered Hindus from annihilation through the personae of Narendra Modi who brought victory to the Bharatiya Janata Party. But the revival of Hindu nationalism has made all anti-Hindu parties and the mainstream English language media join hands.

They have formed a formidable Anti-Hindu Front now under the leadership of an ace anti-Hindu politician, Arvind Kejriwal, who has managed to entice Anna Hazare, an ignoramus who does not know AAP’s anti-national and Muslim-centric politics into his team.   Their sole objective is to defeat the rising clout of the saffron wave among masses.

Courtesy our noisy anti-Hindu media, a roaring cacophony has been created  by the Aam Aadmi Party, the Congress Party, the left-over leftists and communalists belonging to militant Muslim and aggressive Christian groups against the BJP. Though ostensibly the left-over leftists have decided to take to streets for opposing the proposed Land Acquisition law, the real purpose of the newly formed political coterie is to subsume and supplant the Hindu identity of India by defeating the forces of Hindu nationalism.

The sole aim of the newly formed Anti-Hindu United Front is to pull down Narendra Modi’s government because of its saffron hue and commitment to restore India’s long lost glory. Leaving India aside, there are not many dumb nations where considerations of regional loyalties, family fiefdom, religious denomination and caste considerations are preferred over national interests.

Hindus must understand that in India secularism has become a duplicitous dogma which supports the two minorities, namely the Muslims and the Christians, but despises and berates the Hindus, especially the 34 crore Hindus living below the poverty line.   That is the key plank of the ugly votebank politics.

Both Islam and Christianity are aggressively proselytizing religions. In recent years a few Hindu organizations have tried to organise ‘ghar wapsi’ (i.e., return to Hindu faith) of those who had been enticed away from their ancient faith by the missionaries of Christians and Islam by allurements.   This has created a furor among secularists and anchors and analysts of some English language media having a solid stranglehold over tele-media and print media of India.

As the saying goes, the proof of the pudding is in eating thereof. The manner in which all opposition parties united together and out-voted the BJP government in Rajya Sabha by a margin of 61 votes during the motion of thanks to the President’s address on March 4, 2015, shows the shape of things to come. A motion of thanks moved by the BJP government in the Upper House was atrociously modified by an amendment moved by Sitaram Yechury supported by all opposition parties. It naturally left the government of Narendra Modi red faced, though not despondent. It is a dangerous signal for the Hindu society which continues to remain divided by a number of casteist and regional preferences. Unless the RSS and the BJP make another massive bid to unite the Hindu society, the leftist-cum-Muslim-cum- Christian gang will try to re-establish an anti-Hindu regime at the centre. That is the bottom line.

Testing Times Ahead for Hindu Leadership

Finally a warning to Hindus. Let us not be carried away by the spectacular success of Narendra Modi in turning the tables on the enemies of the Indian nation. There are many pitfalls ahead, including the dreadful possibility of failing to capitalize on the success of BJP in 2014 general elections. The formidable threat has manifested itself in the spectacular victory of the Aam Aadmi Party in the recently held elections to Delhi State Assembly. It was caused by the calculus of combined voting power of Muslims and Christians. There is no dearth of self-seekers and back-stabbers in Hindu society. Frankly, quite a few can be seen right now lurking behind fast-growing thorny bushes of treachery to ambush and thwart the forward march of the saffron ideology.

Apart from the supine Hindu leaders, it is introspection times for the Hindu masses, too.   They must question the utility and relevance of Hindu outfits like the VHP, Bajrang Dal, Shiv Sena , Hindu Mahasabha, etc., which have been functioning after the gory blood bath called the partition of India.    What’s the purpose of these Hindu groups being in existence for several decades if they could not awaken and make the Hindu masses realise the ‘dhimmie’ status assigned to them in their ancient homeland? Why could they not unite the majority community and make them fight for their legitimate rights by making the Hindus vote tactically – just as Muslims and Christians have been doing? Frankly, many of these outfits have been in the news for all the wrong reasons. Some of them have been getting adverse publicity at the hands of acerbic telemedia anchors and inadequately-read print media columnists! An effort must be made to merge all these splinter groups swearing by the colour saffron into the Bharatiya Janata Party.

Hindu leaders have failed to awaken the poorest of the poor Hindus, living below the poverty line, about the monumental discrimination practiced against them by the self-styled secularist club in the name of ‘inclusive growth’.   Time has come to publicly identify and name and shame all anti-national and anti-Hindu chatterati in every walk of life – be they be in the media, or politics, or in the academia. In sharp contrast, the Muslim and Christian leaders are far cleverer than their passivity-opiated Hindu counterparts. Ever since independence, the minorities across India have always been voting tactically to erase the interests of Hindus.   When will Hindus learn from the tactically-honed win-win strategies adopted by the Muslims and Christians ?

Time has come for Hindu leaders to frankly admit their old and recent failures, reorient themselves and devise better strategies. Furthermore, they must speak out loudly and alert the Hindu masses that the passive philosophy of unlimited tolerance of oppression is totally contrary to the robust teachings of Sri Krishna at the battleground of Kurukshetra.

In a nutshell, the Hindu society will have to devise and implement an effective strategy to meet the centuries old challenge of savagery practiced by jihadis. Unremitting savagery is the most important arrow in the quiver of lakhs of jihadi militants led by al-Qaeda and the newly proclaimed IS caliphate.

The present stage of the re-awakened Hindu nationalist movement reminds one of the following famous lines of Robert Browning in his inspirational poem, Prospice.

“Fear death? – to feel the fog in my throat,

The mist in my face,

When the snows begin, and the blasts denote

I am nearing the place,

The power of the night, the press of the storm,

Yet the strong man must go:

For the journey is done, and the summit attained,

And the barriers fall,

Though a battle is to fight, ere the guerdon be gained,

The reward of it all.

I was ever a fighter, so – one fight more,

The best and the last! “

To sum up, a ‘Maha Sangram’ or final battle is yet to be fought and won by Hindus for restoring the long lost glory of Mother India.