Maratha Refusal to Dethrone the Mughal 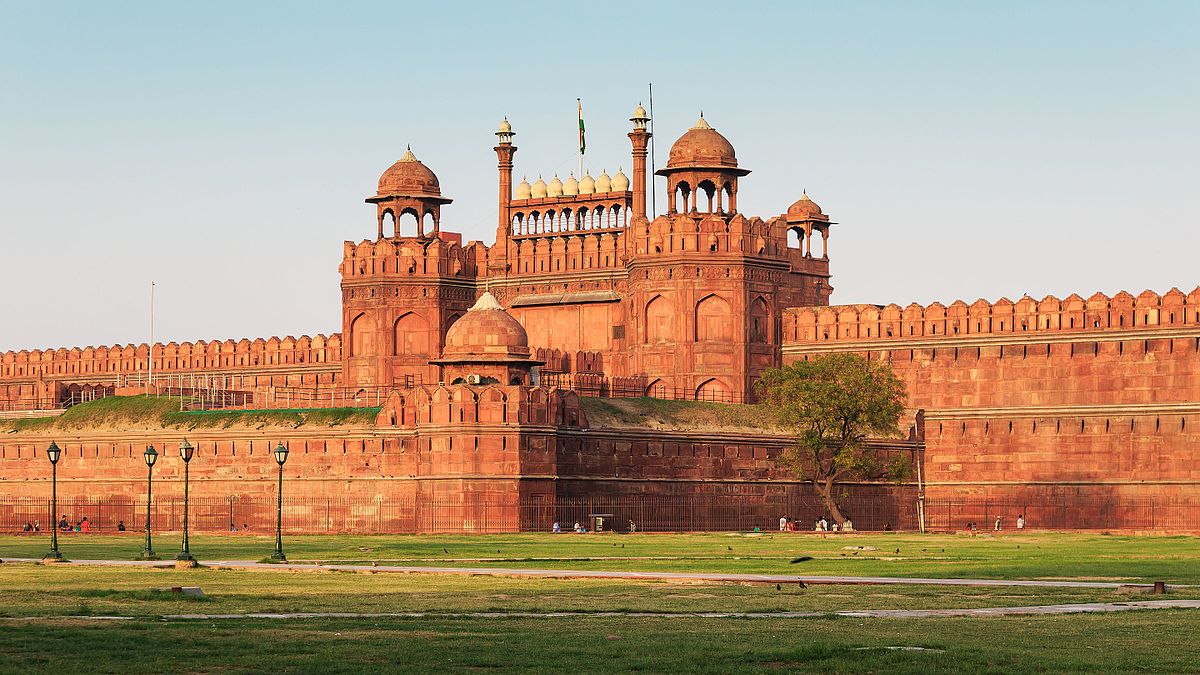 A question is often asked – why did the Marathas, the dominant power of India in the eighteenth century, still continued with the Mughal emperor? Why wasn’t the Mughal dynasty destroyed by the Marathas, who had decidedly suffered much under them, especially Aurangzeb.

Unfortunately, there are no letters or documents available yet, detailing point wise as to why the Mughal was preserved. In this article, I try to explore the possible practical reasons for them to do so.

You would find it surprising that the Marathas re affirmed the Mughal in his prestigious seat on multiple occasions. The first was in 1719, when Balaji Vishwanath signed the famous treaty with Farukh Siyar. The Marathas were recovering from a debilitating war, and this obtaining a firman recognizing swarajya made sense in a way. Next was in 1737, when the Peshwa, Bajirao attacked Delhi and threatened the Mughal. Come 1752, with the Marathas dominant everywhere in the Indian sub-continent save the Punjab and Ganga – Yamuna doab region, another treaty was signed – the Ahmadiya karar – re-affirming the Mughal ruler’s position in Delhi. Post Panipat, in 1772, we have the incident at Delhi involving Zabita Khan. The Afghan had become so powerful that the Mughal emperor Shah Alam escaped all the way to Allahabad. It was Mahadji Shinde who brought him from there back to Delhi. Sixteen years later, in 1788, with the Maratha saffron flag proudly fluttering on the ramparts of the Red Fort, there was still no replacement for the Mughal on the throne.

Thus we can see that multiple personalities spanning different times, in fact almost a century, had allowed the weak Mughal ruler to continue. Hence it could not have been a just a case of ‘soft corner for the Mughal emperors, there were probably practical reasons for them to do so as well.

As mentioned earlier, Peshwa Bajirao had reached so far as to be able to raid the precincts of the Red Fort in 1737. In fact, he had encamped in the area now occupied by New Delhi. In the 1750s, Najib ud Daulah had to vacate Delhi because of the presence of Malharrao Holkar and Raghunathrao in the precincts of the Red Fort. A few years later, with the Battle of Panipat looming, Sadashivrao Bhau had the silver ceiling of the Diwan e Khas melted to pay for the Maratha army’s expenses. A decade later, Mahadji Scindia got rid of Zabita Khan and brought Shah Alam from Allahabad, again reiterating Maratha control over the Mughal capital. In 1788, the same Mahadji Scindia had hoisted the swallow tailed saffron flag on the Red Fort, making Maratha control of the city almost absolute.  It would continue there for fifteen years, till the British invasion of 1802 and the Battle of Patparganj. Patparganj is today a suburb of Delhi. The soldiers who fought and died on the battlefield that day belonged to Daulatrao Scindia’s army. Thus, we can see that the Maratha Empire had the Mughal capital well within its firm grasp. In fact, a letter sent by Nana Phadnis to Mahadji Scindia specifically states that “Like Satara, Delhi has also come within our realm”.

The above introduction shows that Delhi was part of the Maratha Empire but different rulers spanning a whole century were reluctant to touch the throne. We shall now explore why.

Delhi had lost its position of preeminence

By the time the Marathas came to a position from where they could dominate Delhi, the city had long lost its position of being the centre of a wide spread political power. The centre of gravity had shifted, so to speak, to Pune. Delhi had been reduced to a rich city with a long legacy. Most of the earlier parts of the Mughal Empire did as they pleased – Rajputs, Jats, Awadh, Rohillas, Bengal, etc. Moreover, the ill protected city was subject to raids by some or the other power on an almost daily basis – Afghans, Jats, Rohillas, Marathas themselves. In such a situation, without securing the regions of the erstwhile Mughal Empire, removing the Mughal amounted to just inheriting a hot potato. The Mughal emperor was a toothless tiger, with his control not even extending fully over his own darbar in the 18th century, ergo the post had lost its earlier meaning and importance. When Babur defeated Ibrahim Lodi, a large swathe of India immediately fell under him. No such bonus was to be accrued out of removing the Mughal. No one wants to inherit a collapsing building. Removing the Mughal had become an exercise in symbolism, rather than have any practical use.  Moreover, by the time the Marathas were in a position to remove the Mughal emperor, their own administration from Pune had grown quite intricate, not to speak of Nagpur, Baroda, Indore, Ujjain, etc. It would have been very difficult to shift the entire administration – bureaucrats, ministers, their families, hordes of servants and camp followers eighteen hundred miles north to an unstable city – only to continue doing what the Peshwa had been doing from Pune! A certain fellow named Tughlaq tried it in far more settled times, and we know what happened next! The logistical costs of shifting the administration to Delhi would have far outweighed the gains. It made no sense to move from secure, stable and well established Pune to what was then a very unstable and insecure city of Delhi.

Then we have the issue of distance. It would be much easier when firmly stationed in the north to launch attacks on Delhi. Maratha armies, especially those sent from the Deccan, regularly retreated back to Pune once their work was done.

When the Marathas, under Peshwa Bajirao decided to push north, they were up against an ecosystem of Afghan, Turk and Persian nobility built over centuries. It had taken over five hundred years for invaders to totally dominate India’s cow belt region and to reverse the process would take time. The Mughal Empire’s decay had increased the political power of second in command Nawabs, Nizams and land lords, nearly all of them Muslims. Except for the Rajputs, Surajmal and the Bundelas, hardly any Hindu ruler had reaped the harvest of a falling Mughal empire. Administration remained firmly in Afghan or Turkic hands, albeit without the unifying factor of the Mughal. There are lists of entire erstwhile Kshatriya castes, driven into penury by the invading forces, which replaced the administrative systems already in place. It is perhaps the reason why the Marathas did not find an army of Hindu mansabdars and seasoned army commanders waiting for Bajirao to lead them. Till latter part of Aurangzeb’s rule, more than seventy percent of Mughal nobility was Muslim and of these, two thirds were of foreign origin!

In Delhi itself, the court was dominated by Irani and Turani factions. These factions were in turn drawing strength from Awadh, Rohilkhand, Punjab, etc. as the case may be. Thus, the Marathas were up against entrenched systems, in place for quite some time. And without first taking care of them, it would be unwise to strike a blow at the Mughal.

So, if the Mughal was so weak, why bother about all these other factions? The fact remained, that inspite of their new found independence, all the Nawabs and Nizams were still nostalgic about the Mughal throne of Delhi, and while they made full use of his impotent position, removing him would have raised the often used card – Islam in danger. This is not mere conjecture. It is exactly what happened at Panipat. Shah Wali Ullah issued a call for Jihad after declaring that the Marathas were out to destroy Muslim power in north India i.e. Delhi. Perhaps even the Marathas also knew that something like this would happen, and hence waited till they were fully confident of riding out the storm – unfortunately things panned out differently.

Was there a method in the madness?

It has often been surmised that the growth of the Maratha Empire was haphazard and bereft of logic. But on closer study, a pattern does emerge. Granted, that the confederacy nature of rule meant that the sardars had individually a lot of freedom, but there was a definite way in which former Mughal territories were put under Maratha rule. This consisted of repeated raids, which totally crippled the local administration. This was followed by forcing out a sanad or firman from the Mughal or some Nawab or the Nizam of Hyderabad, which granted the Marathas territory. These “settled” territories saw little turbulence thereafter. Gujarat, Malwa, Orissa, etc. for example. I suspect something similar was planned for Delhi, Punjab and the doab region, but Panipat cut those plans short. Concentrating on a far off province like Punjab and thinning out forces in that vast province instead of concentrating on the Ganga Yamuna doab region was perhaps a miscalculation on the part of Marathas.

What about Rajputs etc. who also ranged against the Mughal throne?

As described earlier, other than perhaps the Rajputs, hardly any Hindu was powerful enough to be a large factor in north India politics. The field was dominated by Mughal empire remnants. The Rajputs were unlucky in not finding a true leader amongst them and at this crucial juncture of history were busy fighting amongst themselves. Peshwa Bajirao tried to wield them into an anti-Mughal confederacy, but to no avail.

The Afghans and the British were both in position at different times in history to oust the Mughal and establish themselves. That they, inspite of being far more centrally administered than the Maratha Empire, decided to keep the puppet ruler in his guilded throne at Delhi perhaps vindicates the Maratha stance. Ahmed Shah Abdali appointed Najib Ud Daulah as Amir ul Umrah, but himself returned to Kandahar. The British for their part had firmly established an administration system at Calcutta and hence found no reason to trouble an old and senile figure at Delhi going about his personal life in return for a British pension. In the British continuation at Calcutta are perhaps echoes of why Marathas continued at Pune.

Finally, when the British did oust the Mughal in 1857, it came at the end of a violent and bloody campaign that left fifty lakh people dead in today’s Uttar Pradesh and thousands more in Delhi itself. It was only when Bahadur Shah Zafar became a rallying point for the leaders of 1857 that the British feared Delhi becoming a focal point once again for Indian politics. It was only then that the Mughal dynasty was finished – by sending Bahadur Shah Zafar to Rangoon and shooting his sons dead at Delhi’s Khooni darwaja.