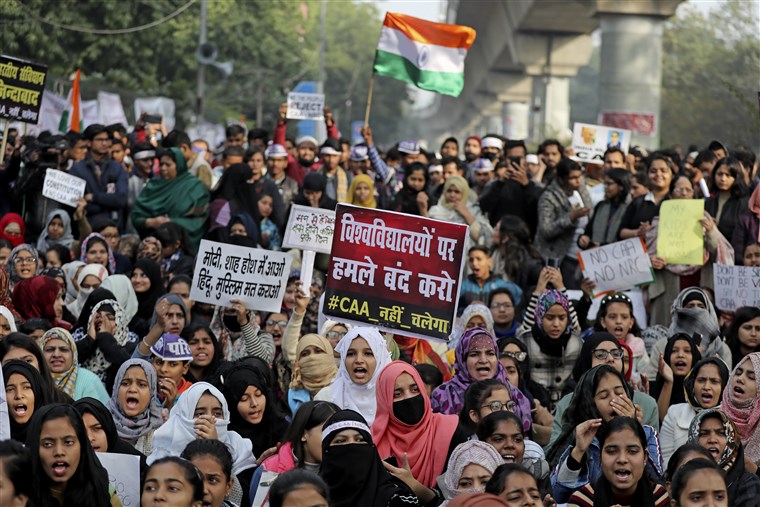 In this short article, we try to pick certain trends and patterns in such movements. We also offer some thoughts on how to diffuse these movements before the escalation to violence takes place.

From inception to conflagration – the lifecycle of a civil disobedience event

The recent few protests over the last decade in India bring out certain patterns in the lifecycle of a civil disobedience event. We have been studying such events since the 2011 Arab Spring, centered at Tahrir Square, Cairo.

Some other events that we have studied are:

These events usually have their genesis in a single, long-standing issue that has been simmering for years. The issue is then conflated with other proximate and sometimes unrelated social tensions.

The events take the form of peaceful protests with mass participation from common people which are then escalated into violence through generation of a disproportionate response from authorities.

Like forest fires, the environment plays a large role in whether these conflagrations die down back into simmering mode or whether they turn into a raging fire. In the case of the Arab Spring protests, they plunged large regions of the world into chaos and savagery. On the other hand, the Occupy Wall Street protests were quickly extinguished, without eliminating the players involved.

These events involve the manufacture of positive opinions and mobilizing participation from large sections of the middle class.

An operation of this nature needs funding for:

The first three require small money payouts. The budgets could be less than a few crore rupees directly. However, the political outfits that lend out their agitators could expect much larger payouts at an earlier or later stage.

The last is often managed through influence rather than direct money payout since the funding entity often has its own media arm or at least a PRO operation. However, it is obvious that the last part is not possible except if the financing agency is a sufficiently large business entity.

These fall into two categories:

This is a critical part since usually, the hard-core activists belong to fringe political outfits with limited budgets and small presence on the ground.

In Latin America, organizations such as the CIA have acknowledged the capability of the Catholic Church, which is augmented in recent times by various evangelical organizations.

In India, the Church is rivaled in reach and spread by the RSS and some spiritual-cultural organizations such as the Art of Living or the Swami Ramdev devotees.

In West Asia and North Africa, the Muslim Brotherhood and its splinter organizations fulfill this role.

What does this player do?

This is the part of the organization that actually transports protestors to the venue, arranges for food and water for the protestors, manages shelter in case of rains or snow at the venue. Their teams also maintain order during the Diffusion phase to make the entire event acceptable to the middle class.

Political opposition need not participate directly. Their role is usually automatic and their support need not even be sought. Opposition plays up the repressive nature of the regime and brings in outside actors – NGOs, Human Rights Organizations and Judiciary – to embarrass the regime. In case the issue does not have support across the political spectrum, the Opposition can be very effective in stalling progress towards a resolution, especially in a democracy where resolution involves legislative action.

As such, the primary role of political opposition is in involving external actors and stalling progress towards resolution.

There are several strategies a Government can adopt to rein in such chaotic situations. These are the common aspects:

It is also important to recognize when a Government wishes to step in and take control of the situation.

Given that the primary nature of these types of attacks is in the realm of information and opinion creation, the battleground is on social media and mainstream TV channels. The goal would be to capture the hearts and minds of the middle class.

In order to do this, there can be several strategies.

Authorities must create anonymous Facebook pages and Twitter handles that consistently take a neutral position and constantly attack both ruling and opposition dispensations.

At no point must the pages ever discuss the hidden actors – funding sources or the large critical-mass organizing groups. The people running these pages must be typically younger, well-read and generate humorous memes and funny videos. It is also important that these refer to popular culture – local movies are very important; the many *woods in India and pop music.

It is also important that these pages and handles discuss apolitical themes and topics, and thus garner followers from a wide variety of people across all walks of life and across different points of view in the political spectrum. They must stay apolitical for a year or more before they can take on a political hue. Some very popular handles and pages can stay apolitical until they can be used for an event.

It is also important that one or more of these handles or pages are abruptly discontinued citing threats from the group that one wishes to target.

Authorities must also insist that these anonymous FB pages and Twitter handles reach out to various disaffected individuals and conduct private conversations with them. In this way, it is easy to identify events ahead of time.

Also, such disaffected individuals are the first to circulate conspiracy theories and videos, even before they go viral. This will help in preparing counter-theories and counter-propaganda before virality.

WhatsApp Messenger groups can be formed consisting of retired law enforcement and senior Government personnel. Their services can be used, along with housewives and middle-aged professionals, in order to disseminate the Government’s view and counter-information.

A good section of the protestors can be seeded with individuals from the ruling party or from sympathetic social organizations. These protestors would ensure that the movement remains peaceful and occurs in a friendly atmosphere, enabling back-door negotiations.

There can also be entertainers sponsored by the government that would enter the protest arena as volunteers for the campaign. Quick shows and entertainments can keep the crowd in a cheerful mood and stave off aggressive behavior. However, this is useful only as a stalling tactic to prolong the diffusion stage. Escalation has to happen eventually. It is essential that negotiations are concluded within this period.

Usually, questioning the sources of income for important members of the demonstration works very well. Picking out instances where they have worked or consulted for any corporate or multi-national organization usually serves well to discredit such individuals.

It is also important that parents of young people are negatively disposed towards the protest. There are two means of doing this.

It is also useful to have a mid-level officer from law enforcement of older age be sent to negotiate with the protestors. A section of the crowd can be shown to engage in unruly and rude behavior towards an elderly person, thereby turning the middle-class opinion against the protest.

The Government must have assets embedded in all groups. During the diffusion stage, younger Government officials such as junior constables and clerical staff must be pressed into duty to dress similar to the protesters and move through the crowds.

Drones are also useful in monitoring exit and entrance routes that are not visible to the public. Everything said, 1 drone per 10,000 sq.ft. would be a good approximation to calculate how many drones can be deployed.