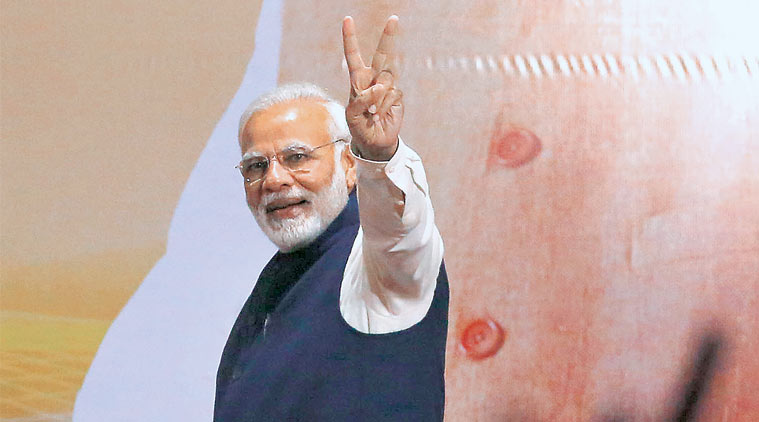 Five years ago, in 2014, India’s political landscape witnessed a dramatic shift with Shri Narendra Modi leading the BJP to a majority victory in India’s parliament, ousting a regime that had accumulated much dead weight through ongoing corruption scandals, lack of transparency in governance and a visible disconnect with the aspirations and requirements of a young and growing India.

As a member of India’s youth citizenry, I was drawn to Mr. Modi’s messaging, to his ideas for positive change, and for the first time I felt like my stake in the political process mattered, that it was worth it to go out there and cast a vote. Five years later, I am optimistic about where we are at and continue to support the government’s initiatives, the results of which will only become fully known with the passage of a little more time. Although one’s expectations from a government are sky high often to the point of being unrealistic especially when a population is clamouring for change, it is crucial to remember that the reason we were yearning for such an enormous and speedy change in the first place, was because we were well and truly fed up of years and years of misrule by smug leaders who thought their place at the helm was forever guaranteed.

Political commentators will all have vastly contradictory points to offer about the performance of the present government, depending on which side of the political spectrum they lean towards. I do not claim to dabble in an offering of yet another version of such analysis that is often generously embellished with prejudice. As a common citizen of this country, I have observed specific areas of progress in the past five years. Here are some of my candid observations that have enhanced my perception and experience of the participatory governance process.

Growing up in India in the nineties, governments seemed at that time like untouchable entities, a group of complex people that we generally felt best to steer clear of. Today, however, I actually want to make contact with the Indian government. I want to reach out to them through personal meetings, letters and social media messages, and explore ways to collaborate with their departments on outreach programs for nation building. There is a sense of belonging to a nation on the move, of narrowing those distances between citizen and officer that were insurmountable in earlier times – gaps that often required a bribe and shady agent to breach. Knowing a little more about who sits behind those erstwhile dingy walls, or even tearing down those walls by shifting many transactions online, has made life easier for many of us. I credit Modi ji with affecting this change by setting a positive example of keeping an open communication line with the people through regular public addresses, ‘Mann ki Baat‘ conversations and social media connects.

As an artist and educator, I feel it is vital for the political class to nurture an environment in which native artistic traditions are supported and allowed to flourish. The preservation of such an environment where young artists are encouraged to explore the ethos of the country’s heritage and art forms is not only helpful to the artists but also to society at large that is the ultimate beneficiary of a refinement in artistic sensibilities. Having a leadership that is unafraid and unapologetic about referring to India’s traditional and classical past has provided an impetus to the appreciation of traditional art forms. The encouragement of Sanskrit education, Yoga philosophies and the inclusion of Ayurveda and alternate medicine within a central ministry have all assisted with bringing the focus of India’s cultural and spiritual heritage back to India, at a time when we had begun to see many practices being appropriated in the West as divorced from India and Indic philosophies.

Cleanliness as a priority

Ever since I can remember, one of India’s greatest problems has been the lack of cleanliness in public spaces. One of the first schemes that Modi ji launched after forming the government was the ‘Clean India’ campaign. Admittedly, we have a long way to go before we can say that the problem has gone away. However, for the first time, we see cleanliness even being talked about as a necessity. To change the public perception that cleanliness is not just a fancy luxury but an essential need for a healthy society and that it requires public participation for results to show, is a challenge we continue to face, but we may just have made a significant beginning towards dealing with this seemingly insurmountable scourge that has plagued us for the longest time. Today, many of us believe that change is possible only because we have seen evidence of this change, even though the extent of this change may not be fully consistent across the nation as yet.

A number of ministers in the current government have developed stellar reputations in their areas of work. I have had occasion to witness their responsiveness first hand when a family member was distressed and reached out to Smt. Sushma Swaraj for assistance. The honourable Minister for External Affairs promptly ensured the matter was addressed speedily and effectively through her team of officers. There is a perceptible change in the mood of governance and how it is presented to the people, as the government of the day realizes it must be accountable to the people through its performance. Relatively younger, more articulate ministers – many of them women – with a strong ideology of Desh Bhakti giving them common purpose, are a pleasant change from what had become a clichéd stereotype of the impervious neta who never really cared.

Security and safety of the nation

There was a time in the not too distant past when explosions at crowded marketplaces in our major cities were commonplace occurrences. We would read about them in the newspaper and wonder whether our next trip to the mall across the street could prove fatal. The temerity and audaciousness of the attacks inched closer and closer home. In the past five years, however, there is a growing reassurance that the government has the upper hand in dealing with matters related to national safety. While we are always aware of the fact that we live in a volatile geographic neighbourhood, the hopelessness that had come to grip the people of this nation that we could never rise above the constant beating down by mass attacks against peaceful citizens, has started to wane.

Where for years, poverty was marketed by our governments as tools to generate sympathy overseas, the Modi government has put effort into creating a buzz around positive messages with the aim of harnessing the talent and amazing breadth of innovation currently hidden away within our population. Whether it is bringing women empowerment messages into the mainstream or prioritizing skill development for the poor, an overwhelming emphasis on positive messaging has meant that we finally have a sense that we can turn around what was increasingly looking like a rather depressing story until not too long ago. Strong leadership is not just a good thing, but a necessity, especially in a country like India that has so many different interests pulling in varied directions. Watching erstwhile weakling Prime Ministers who were too afraid to even address the nation confidently couldn’t be too great for a nation already sagging in enthusiasm, leave alone trying to motivate a billion people to participate in the governance process. For any endeavour to succeed, there must be a burst of positive energy around the idea that lends it the deserved momentum. This would also apply, then, to the mammoth endeavour of running a nation like India – perhaps one of the most challenging jobs in the world.

I hope that people are able to rise above petty ideological slug fights to look at the bigger picture and realize that we are a lot better off now than we were when corruption scandals were flying out of government closets every other day, and when many people felt like they wanted to flee this society in droves because it seemed to be on the brink of shambles. There is new found hope and optimism in the air, and I credit Mr. Modi and his team of ministers with reviving this hope.

The Vedas say “Samitihi Samaana“. There is strength in one-pointed focus, in the coming together of minds. No task is too large for a society to accomplish if the right conditions are created. There is nothing that can come in the way of a billion positive stories multiplying their effect upon our minds, if we work in alignment. In keeping with this truth, I have always come away from Modi ji’s public addresses a little more hopeful, a little more of a believer in positive change. To be able to have this impact upon the mind of a nation is in itself the mark of a great leader.