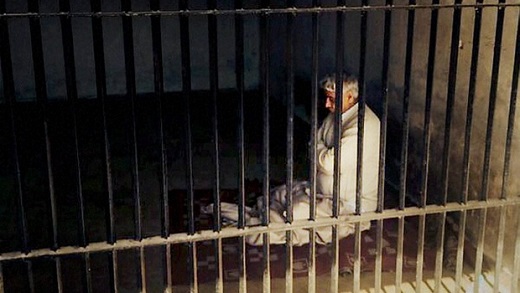 This was contributed by Dr. JK Bajaj.

Coverage of the events at Satlok Ashram at Barwala in Hisar (Haryana) is bordering on the abusive. The media seem to have pounced upon the opportunity to paint all Hindu religious activity in the blackest of shades and to pontificate against all sects, sampradayas, sadhus, sannyasins and other Hindu religious leaders in the vilest terms.

The event is reminiscent of the frenzy that the media went into when, about a decade ago, the highly revered Kanchi Shankaracharyas were arrested and the ancient matham of Kanchi was desecrated. That desecration of one of the highest seats of Hindu religion seems to have broken the restraint and since then the media has launched several similar campaigns of desecration against various venerable Hindu institutions. The latest in the series was the long-running vicious campaign against Shri Padmanabha Temple of Thiruvankur and the devoted royal family which has gloriously and valorously served Shri Padmanabha Swami for three centuries.

Interestingly, all these campaigns of desecration have always begun with some intervention of the judiciary, which often tends to arrogate all piety and sanctity to itself alone, to the exclusion of all other sacred and secular institutions. It is also worth noting that this highly exaggerated sense of judicial sanctity is displayed only in the case of Hindu institutions. Similar instances of alleged transgression by institutions of other religions, and even by agitationists and extremists of various hues, never invite the same sanctimonious response from the judiciary or the media.

In this age of desecration and iconoclasm, aimed mainly against Hindu institutions, it shall be good to remind ourselves that India has survived long periods of alien rule because Hindu society has always operated through a large number of diverse collectivities. Grama, sampardaya, shreni, vrata, etc., have all been recognized in India as valuable collective institutions with a legitimate role in the ordering and functioning of the society. Rajya, or the State, is also one such collectivity, perhaps one of the most important of the collectivities through which the society functions. But it was never thought of as the only legitimate collectivity. In fact, whenever there was a conflict between any other collectivity and the State, the State was expected to negotiate and assuage the grievance.

The idea that State, with its organs like the media and the judiciary, is the only legitimate collective entity and all others are subservient to it is a new fangled idea borrowed from the colonial State. Mahatma Gandhi fashioned the whole freedom struggle as a counter to this idea. Dharampal in his book “Satyagraha and the Indian Tradition” records an instance of the people of Benaras and many other cities collectively refusing to abide by the dictates of the colonial State in the matter of a newly imposed house tax. In that instance of early nineteenth century, a large number of spontaneous collectivities come together to offer resistance. A tragic aspect of that historical incident is that the people were simply unable to understand the arrogant and stubborn response of the colonial State.

Until then their experience was that the State always negotiated when the people, through their collectivities, objected to any particular dictate of the State; but the new colonial State was even refusing to recognize the legitimacy of these collectivities. This response baffled the people. They went home insulted and sulking, but in due course even the colonial State had to bow to the intensity of the feeling of the people and withdraw the obnoxious tax. Mahatma Gandhi recalls this incident to one of his early benefactors in South Africa ultimately he defeats the British by reviving the same old collectivities of the society in new forms.

Mahatma Gandhi made Ahimsa his organizational principle. But historically not all of the natural collectivities of the Indian society were unarmed. In the course of the long centuries when the State in India was in alien hands, these collectivities protected the Indian people, their faith and their ways. And for this purpose, they had to often engage in armed resistance also. That the State alone has the right to bear arms is as new fangled an idea as the idea that the State is the only legitimate collectivity of the people.

The armed resistance of the Sikh Gurus, of Gokul Jat and of Shivaji all arose from within the Indian tradition of having a multiplicity of legitimate and empowered collectivities. If we had left all legitimacy and power with the State alone, Indian society and the Hindu tradition, as we know these, would have been extinguished by alien hordes long ago.

The British had forcibly destroyed all collectivities and disarmed all the people of India; all collective activity in India had been forced to go underground. The flourishing of various religious and other institutions that we have witnessed over the last few decades is in a way a resurgence of the old Indian tradition of organizing and empowering society through various collectivities, most of which have always had an anchorage in religion.

The new sects, sampradayas, etc., that we see flourishing in all parts of India are able to emerge and establish themselves with such ease and speed, because India has a tradition of the people organizing themselves in this manner. The State of independent India was expected to encourage this new resurgence, share legitimacy with them and make them partners in the task of nation building and national defence. But the institutions of the State have often chosen to obstruct and denigrate these. The politicians, who necessarily have to come in close contact with the society, do sometimes try to come to terms with the various collectivities of the people. But the judiciary and the media, full of an exaggerated sense of their own importance, are never willing to grant them any legitimacy.

Media of India are particularly devoid of any sense of history and most of the media personnel are practically illiterate. They even lack common sense. In the case of Satlok Ashram, the media is going on and on about the number of LPG cylinders stocked there, about the size of the halls, about the grandness of the kitchens and so on. A place which routinely hosts 10-15 thousand devotees would need to have all those facilities. Do the media people have any idea what it takes to feed 15 thousand people several times a day? Such a place would also need some trained and perhaps armed personnel to maintain order among such multitudes. Even the Congress needed its own Congress Sewa Dal. For a frenzied media, this becomes a private army of commandos.

Satlok Ashram seems to be driving the media particularly mad, because this institution seems to be patronised by entirely ordinary Indians, unlike many other newly emerged large sects it seems to have no NRI support and therefore no glib-talking and English-speaking spokespersons. For the ordinary people of India to have the gumption to even remotely challenge the State is entirely unacceptable; if the media had its way, and the pre-emptory dictates of the judiciary were followed with due promptness, we would have had another Jalianwala Bagh on our hands.

Thank God that the British have left and the successor State has to occasionally votes of the people, so the politicians and the police have to move with some circumspection and caution. As far the media is concerned, the greater the tragedy, the greater would have been the spectacle and greater the fun for them.

The issue finally is how does the State deal with an institution that commands the respect and allegiance of several thousands of the Indian people? Does this allegiance have any meaning? The Constitution, and the IPC are all important, but is there nothing else of any importance?