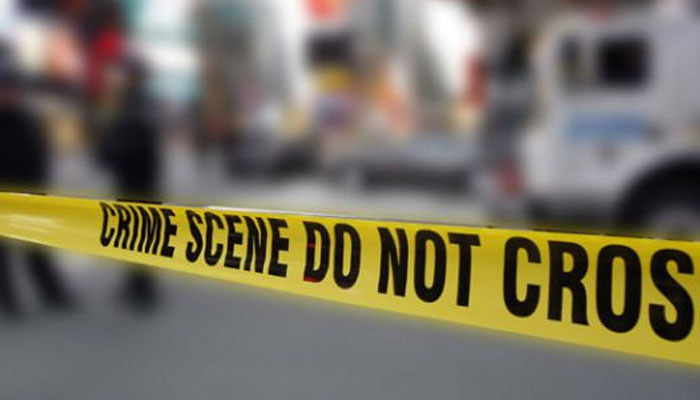 What just happened in Dadri is very tragic, if you go by the media reports. A Muslim man was dragged out of his house and lynched by an enraged Hindu mob because he and his family were suspected of eating beef in their house. The most natural fallout of this is going to be the ululating claims that it’s the Hindu nationalist party in power at the Center that is encouraging such tendencies among the majority and hence it is again proven that it is an evil party.

A low inflation rate, record FDI into the country, better economic conditions, India’s standing improving in the world, all these things will be inundated by the cacophony of how the pluralistic, secular and inclusive identity of India is being systematically destroyed and how the minorities have to constantly live under the shadow of an intolerant majority.

What just happened in Dadri is very tragic. It is shameful. The perpetrators must be booked. The law must take its course.

Indeed, some people on the so-called Right are giving all sorts of nonsensical arguments about the plight of minorities living in Muslim majority countries and how eating pork can attract death penalty in Islamic countries. Someone even suggested that eating dog meat in America may attract fatal backlash.

What sort of standards are we setting for ourselves? Do we want to join the mob or do we want to turn the mob into a civilised group? Very few on the so-called Right have unequivocally expressed shock at the incident.

But there is a backdrop and a context that we need to understand lest we ourselves go into the proverbial tailspin. Contemporary discourse is all about getting back at each other. Of course nobody wants people being killed for eating a cow or pig or dog.

Up till now, the political and social debate had been totally dominated by the Congress-Left-supported cabal of journalists, writers and phony intellectuals. These people have never been interested in encouraging honest and relevant debates. All their energies are focused towards keeping the people of the country in a perpetual state of obfuscation.

If there are no discussions on the events that actually have an impact on the country, nobody is going to ask serious questions and corrupt governments and regimes will go on unchecked. If governance, administration, economy and quality of life become the central issues of public discourse, people will ask what the hell had the Congress and its various offshoots been doing for the past 50 odd years?

So Indrani Mukerjea takes the centre stage instead of how the Indian government is dealing with the WTO and at the Security Council. What Congressman Anand Sharma has to say about Narendra Modi’s mother and whether Narendra Modi’s father had a big tea stall or a small tea stall become more important than what Narendra Modi is trying to achieve by visiting Silicon Valley and meeting with the top business heads.

Nadela rubbing his hands after shaking hands with Narendra Modi becomes more important than the conversation if any, he had with the Indian Premier. In the local parlance, the sort of discussions that go on in our media would be called “bakwas” – balderdash.

Have you come across a single prime-time debate on India’s foreign policy or what sort of economic embargoes the country stands to face in case it starts taking its own decisions and in case such embargoes materialise, how should the country deal with them? No.

Has the media ever discussed the fact that India can be arm-twisted into not providing cheap energy to its citizens and what the country should do about this? No.

Such “bakwas” would go on unchallenged in the pre-social-networking era. The media was entirely controlled by the cabal described above. Alternative opinion was not allowed. The big daddies of journalism went about their nasty business unchallenged. They would throw around all sort of rubbish data and there was no way of verifying. Even people who had access to the right information had no means to challenge these phony journalists and intellectuals. This is the reason they so nostalgically miss the good old days when people wouldn’t question them and they could spew all sorts of lies to manipulate people’s minds.

Under this light, incidents like the lynching of that unfortunate man for eating beef (or allegedly eating beef) and the media coverage of the incident is seen as a diversionary tactic by the so-called Right rather than some real concern, and hence, a knee-jerk reaction rather than expressing shock, as would happen in any civilised society. And the so-called Right isn’t exactly wrong.

Abroad, various rating agencies are talking good about India. For the first time India has left America and China behind as the most-favoured-nation for investments. There is a big chance that the BJP is going to defeat the “maha” secular alliance in Bihar. People of the country are getting optimistic about the state of affairs. Some actual change seems to be happening. People can see and feel a sense of pride in their surroundings. Public cleanliness has become a major agenda first time in the history of independent India. These are not small things.

So the internal and external forces that have always wanted to see India constantly reeling under the scourge of filth, disease, illiteracy, hunger and backwardness are in full swing. Their machinations are so blatant that the communist Sitaram Yechuri as recently as a couple of days ago, in a Hindustan Times article, put the blame of an elderly Christian nun being raped in West Bengal and random attacks on churches on Narendra Modi’s policies despite the fact that Bangladeshi Muslims were caught for the nun’s rape (and it’s an anti-BJP government in West Bengal) and the attacks on the churches were random acts of vandalism by thieves. But since their livelihood of these intellectuals depends on spreading such lies, they keep on spreading such lies.

The primary purpose is to create so much noise that the real issues never get discussed. So in order to counter this campaign of creating as much useless noise as possible, even right-thinking people, indirectly, end up standing on the wrong side. Hence, people are giving all sorts of reasons regarding why the mob killed the Muslim man. No, the incident must be unequivocally condemned and only then we can claim to be a civilised society. Quite predictably, the news has been quickly lapped up by the international media because it is exactly this sort of news that attracts them like filth attracts flies and stagnant water attracts mosquitoes. Washington Post quickly picked up the news “A mob in India just dragged a man from his home and beat him to death — for eating beef”. Wall Street Journal too, quickly covers the incident and so do a litany of other publications. Setup industries, provide jobs, improve quality of life…these are stories that these media houses are just not interested in. Let there be a lynching or a public hanging or a rape or any of those unfortunate incidents that take place in a socially and politically skewed society and there you go.

The Dadri killing is unfortunate from many angles, and it could have been avoided. The Indian government and the Indian society must have a clear standing on how cows should be treated in our country. The problem is that there is too much confusion and ambiguity.

On the one hand, we respect the cow and on the other, we are the biggest exporter of beef in the world, and the majority of people involved in this trade are Hindus. What sort of double standard is this? Either we should move on and accept the fact that beef is food for many and hence it is acceptable for people to eat beef and therefore, continue being the biggest exporter of beef, or we should put a stop to this hypocrisy and make it illegal to kill the cow for meat consumption in no uncertain terms. Whether people like this or not is another issue, but at least the debate will be settled once and for all.