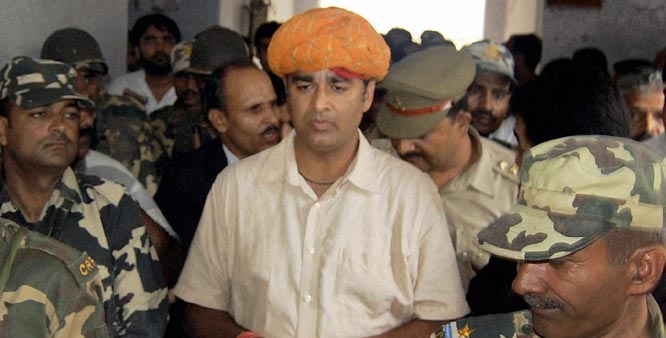 When it comes to communal partisanship, the Indian TV media takes the cake.  The blatant discrimination which some leading anchors practice against Hindus is a clear reflection of their own mindsets.

Although security to any individual or politician is given solely on the basis of a detailed examination of  threat perception by the Intellligence Bureau, there seems to be a unanimous consensus among our TV anchors and  unprincipled politicians that  they must  be  consulted  before providing any security to a member of the saffron fraternity. No similar consultation with media is necessary for providing security cover to the Kashmiri secessionists and fifth columnists.

It is time that Arnab Goswami,  the famous anchor of  Times Now, and in fact, the entire platoon of  media analysts reflect on their conduct.  They must explain why they are not against providing  security to the tribe of Kashmiri secessionists and innumerable fifth columnists and fellow-travellers embedded in the ranks of  green-hued politicians openly supporting jihadi outfits and to the notorious moneybags of  the Bollywood fraternity, and even to some corporate honchos with questionable reputations.

I am amused that our anchors don’t realize that the Intelligence Bureau’s recommendation for providing ‘Z plus’ security to BJP MP Sangeet Som is based on the assessment that if  by chance the jihadists succeed in killing him, the whole of  Uttar Pradesh will burn–and extensive communal riots would ensue. He might be a controversial politician but he has a huge following in Western U.P. and his killing can create a major law and order situation. Am I to believe that Arnab Goswami  and Rahul Shivshankar are keen that the communally vulnerable Uttar Pradesh burns once again?

In any case,  it is beyond my limited understanding that  how could a knowledgeable person like Arnab Goswami  fail to comprehend the above-mentioned, simple reason behind the Z plus security accorded to Sangeet Som.

Here is a partial list of some of the major acts of  the Indian media favouring  the  most powerful minority community of India, the biggest vote bank of the Congress Party and its allies.

i)  Arnab Goswami and  many other anchors like Rahul keep blaming BJP leaders for polarizing the Indian society along communal lines for electoral gains. But  how is it that Arnab  Goswami  and the voluble Rahul Shivshankar of  News X conveniently forgot that the most communal and divisive policy statement in post-independence India was made by none other than our former Prime Minister, Dr. Manmohan on December 9, 2006,  when he proclaimed that the Muslims and minorities will have the first claim on India’s resources?

ii)   Doesn’t Arnab Goswami know that  this epochal policy statement was made by the former P.M. on Sonia Gandhi’s birthday?  What could be the mystery behind selection of December 9 for that wonky policy statement?

iii)   Doesn’t Arnab Goswami know that according to the rumour mills making rounds in Lutyens that there was a saucy story behind this?

iv)  Does Arnab know that in pursuit of that infamous pronouncement, the former P.M. acting in cahoots with Salman Khurshid had showered nearly 20 million scholarships on Muslims, Christians and three other minorities and granted them cheap loans totaling several lakh crore rupees?

v)  Does Arnab Goswami know that not one of those two crore scholarships during the last six years was granted to the unwashed children of the poorest of Hindus, totaling 34 crores, living below the poverty line mostly in rural areas?

vi)  If Arnab knows these facts how is it that his heart does not beat for ensuring justice to the daughters and sons of the politically-pariahed poorest Hindus?

I have many more searching  questions to seek answers  about their manifest partiality   from our voluble media analysts like Arnab Goswami and Rahul.  But knowing their record, the last thing on their minds is introspection.