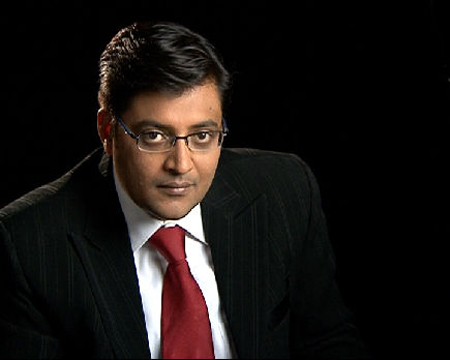 I am one who regularly watches Mr. Arnab Goswami’s debates on the Times Now T. V. Channel. In most of the debates anchored by Arnab there is a lopsided emphasis on the fake secularism, mysteriously held in high esteem by the Indian chatterati and inadequately read media analysts. Far more amusing, however, is the attempt to describe the pro-Islamic communalisation of our electoral system as an attempt to polarize the voters. In this connection I would like to ask the following questions to Arnab Goswami which he must answer – if necessary, after scratching his head:

1. Mr. Arnab, how is that you don’t try to go to the root of the malaise of communalization of Indian elections and several crudest possible attempts made during the last 8/9 years to polarize the voters ? Please recall that on December 9, 2006 (i.e. on Sonia Gandhi’s birthday) the most divisive and repulsive policy statement made by the Prime Minister was that “the Muslims and the minorities“ will have the first claim on India’s resources”. Was this not a government sponsored signal for dividing the citizens into two hostile religious groups, namely the minorities (20 %) and the majority community (80%)?

2. That wonky statement of the P.M. was followed by launching several schemes to ensure “exclusive development” of the Muslim community and four other minorities. The pariahed poorest Hindus (approximately 35 crore les miserables living below the poverty line) were thus totally excluded from any share in 20 million scholarships plus financial bonanza totaling several lakh crore rupees. Why don’t you and other media mandarins speak about the biggest mega-scam of post-independence India?

3. The most discriminatory and demeaning hurt heaped upon the Hindu school girls was that while the daughters of Muslim, Christian and Parsi parents studying in 9th, 10th and 11th class were given a free bicycle each for going to schools, the daughters of Hindu hoi polloi (mostly trapped in terminally-ill rural sector) were denied this benefit – perhaps to remind them of their ‘dhimmi’ status.

There is a long list of gross discrimination against the poorest Hindus. But is anyone bothered? Is Times Now news channel listening to the wails of the marginalized poorest Hindus?