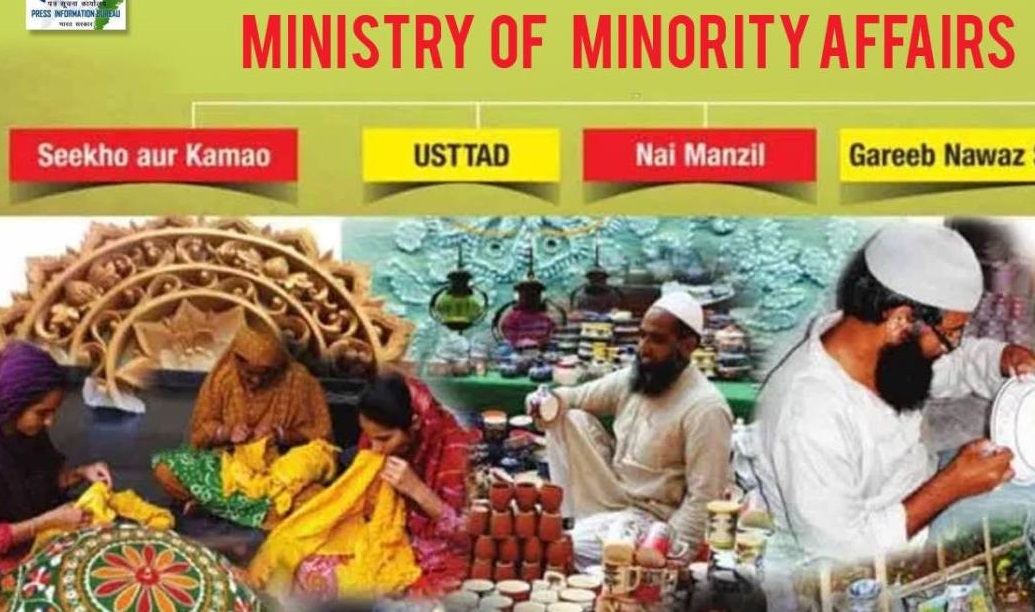 In 2006, the former Prime Minister of India, Mahmohan Singh had said that minorities “must have the first claim on resources” and that Congress/ UPA would devise innovative plans for minorities, especially Muslims, in order to “empower them to share equitably the fruits of development.”[i] This is against the Forty-second Amendment of the Constitution of India, 1976 whereby the Preamble to the Constitution asserted that India is a secular nation, where all religions are to be treated equally under the eyes of law.

While India does not have an official state religion, in modern India the applicable code of law is unequal, and India’s personal laws – on matters such as marriage, divorce, inheritance, alimony – varies with an individual’s religion. Muslim Indians have Sharia-based Muslim Personal Law, while Hindus and others abide to a common law. Moreover, the state has no qualms in interfering in Hindu practices. It equally has no problems in liberally funding various minority schemes and their institutions. This practice of pandering to minorities is continuing even under the current so-called pro-Hindu government, and in fact many new schemes have been started.

In this IndiaFacts exclusive, we document the funding of various minority schemes by Central and State government based on available public records.  Central and state government together spend hundreds of crores of rupees (of the tax-payer’s money) for the benefit of minorities. While we whole-heartedly support the development and progress of any economically backward community in terms of education, jobs and basic benefits, we do not agree to minority-pandering at the cost of majority community. This is nothing but State support for one religion while working to destroy another, and the very antithesis of a secular state.

Below is the list of schemes/ programs / initiatives undertaken by Ministry of Minority Affairs:[ii]

The development objective of the Nai Manzil is to provide education and Skills Training for Minorities. The project intends to improve completion of secondary education and market-driven skills training for targeted youth from minority communities. The project comprises of two components. The first component is results based financing for increased education attainment and market-driven training. The second component, technical assistance for implementation of the Nai Manzil scheme objective is to strengthen capacity of the Ministry of Minority Affairs (MoMA) for project implementation, planning, and policy development.[iii]

Total project cost is USD 100 mn or INR 650 Crores. Launched in December 2015, the scheme aims to benefit the minority youths in the age group of 17 to 35 years who are school-dropouts or educated in the community education institutions like Madarsas, by providing them an integrated input of formal education (up till Class VIII or X) and skill training along with certification, with a view of enabling them to seek better employment in the organized sector and equipping them with better lives. Minimum 30% seats are earmarked for minority girls. It includes a Non-residential programme of 9-12 months duration involving a Basic Bridge Programme (For Class VIII or Class X) for their education, along with training in trade based skills for sustained livelihood/gainful employment[iv].

For details about the scheme please read the policy document.

The Maulana Azad Education Foundation (MAEF) has sanctioned scholarships to 48,000 girl students studying in Class XI for the academic year 2015-16, under Begum Hazrat Mahal National Scholarship for Meritorious girls belonging to minorities. Total Scholarship amounted to Rs. 57.60 crore. Out of this, 45,700 students have already received the first installment of scholarship.

Entrance examinations include prelims examinations for recruitment to Group ‘A’, ‘B’ and ‘C’ services and other equivalent posts under the Central and State Governments. Under this scheme stipend of Rs. 1500 per month and Rs. 3000/- per month is provided to the local and outstation students respectively. [vi]

Nai Roshni – The Scheme or Leadership Development of Minority Women was started in 2012. The objective of the scheme is to empower and instill confidence among minority women,   including   their   neighbours   from   other   communities   living   in   the   same village/locality,  by  providing  knowledge,  tools  and  techniques  for  interacting  with Government systems, banks and other institutions at all levels[vii]. The effort would embolden minority women to move out of the confines of their home and community and assume leadership roles and assert their rights, collectively or individually, in accessing services, facilities, skills, and opportunities besides claiming their due share of development benefits of the Government for improving their lives and living conditions. “Nai Roshni” programme is run with the help of NGOs, Civil societies and Government Institutions all over the country. Rs. 14.13 Crore have been released and 69 thousand 150 women have been covered till 31st January 2017, Rs. 14.81 crore were released and 58 thousand 725 women were covered in 2015-16, while Rs. 13.78 Crore were released and 71 thousand 75 women were covered in 2014-16[viii].

The Ministry of Minority Affairs implements Free Coaching and Allied Scheme under which free coaching is given to the minority students through empanelled coaching institutions/ organizations for preparation of various entrance examinations including prelims  examinations  for  recruitment  to  Group  ‘A’,  ‘B’  and  ‘C’  services  and  other equivalent  posts  under  the  Central  and  State  Governments  including  public  sector undertakings, banks, insurance companies etc. Under the said scheme stipend of Rs. 1500 per month and Rs. 3000/- per month is provided to the local and outstation students respectively[ix]. Community –wise details of beneficiaries to whom financial assistance has been provided during the last three years and the current year are given below:

The scheme “Seekho aur Kamao (Learn and Earn)” is a placement linked skill development scheme, implemented by the Ministry of Minority Affairs through selected Project Implementing Agencies (PIAs) all over the country. The Government is encouraging the youth from the minority communities to take up employment based skills training and the Ministry has extended the scheme across the country. So far, the Ministry has sanctioned Rs. 460.10 crore to cover 2,17,454 number of minority youth under the scheme.[x]

In 2017, Bihar government today enhanced aid to divorced Muslim women from Rs 10,000 to Rs 25,000 with an objective to provide them employment. Additionally steps are being initiated for providing Rs 100 crore to Bihar State Minority Financial Corporation every year for providing employment to minority youths under chief minister minority employment loan scheme effective since 2012-13. Loan ranging from Rs 1 lakh to Rs 5 lakh was being given to unemployed minority youth at 5 percent interest rate. [xiii]

According to a report, Gujarat has no government department for religious minorities, nor is there any separate budget allocation for them.[xiv]

In October 2017, Telangana Chief Minister K. Chandrasekhar Rao cleared a series of sops for Muslims including easier loans and reservations[xxviii]:

In West Bengal, Muslims are almost 30% of population, and in some districts like Malda they are in clear majority being well over 80%.

It must be noted that an average general category Hindu can avail similar loans at almost 3x the rates at which Muslims are getting such facilities.

Minorities are as much a part of India as we are. But there are a few hard questions that need to be asked:

Sikhs and Jains who have been classified as minorities have much higher incomes than Hindus. Yet they are beneficiaries of numerous schemes.

It is high time that our government adopts an economic scale and shuns religion and caste based reservations and schemes that further deepens social faultlines.

Who is the real minority in India?