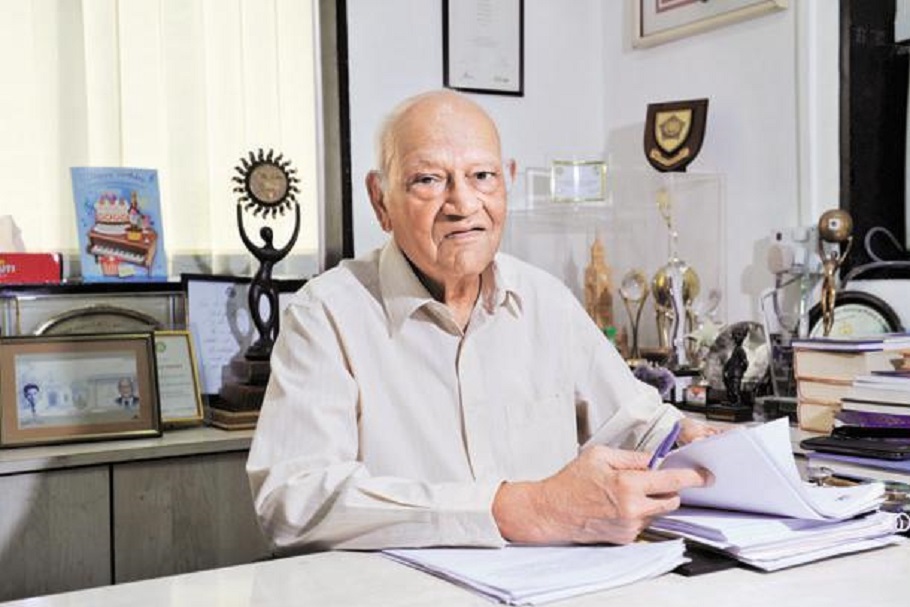 In the 16 March edition of the Indian Express, the well-respected (retired) police officer Julio Ribeiro wrote an alarmist column claiming how he is feeling threatened and alienated as a Christian in his land of birth. He makes the unsubstantiated claim that Christians are being systematically targeted under PM Narendra Modi’s rule.

Unlike most of the typical secular alarmists in the media, academia and intelligentsia, Mr. Riberio gives a slightly different account of his encounters with the RSS:

When 25 RSS men on parade were shot dead in cold blood one morning, then Punjab Governor S.S. Ray and I rushed to the spot to console the stricken families. The governor visited 12 homes, I visited the rest. The governor’s experience was different from mine. He was heckled and abused. I was welcomed.

Indeed, this is a departure from the typical secularist image, which paints the RSS as an organization of bloodthirsty Swayamsevaks. But then Mr. Ribeiro stops here and treads on really sensitive ground:

Is it coincidence or a well-thought-out plan that the systematic targeting of a small and peaceful community should begin only after the BJP government of Narendra Modi came to power last May? “Ghar wapsi”, the declaration of Christmas as “Good Governance Day”, the attack on Christian churches and schools in Delhi, all added to a sense of siege that now afflicts these peaceful people.

Christians have consistently punched above their weight — not as much as the tiny Parsi community, but just as noticeably. Education, in particular, has been their forte. Many schools, colleges, related establishments that teach skills for jobs have been set up and run by Christians. They are much in demand. Even diehard Hindus have sought admission in such centres of learning and benefited from the commitment and sincerity of Christian teachers. Incidentally, no one seems to have been converted to Christianity, though many, many have imbibed Christian values and turned “pseudo-secularist”.

Hospitals, nursing homes, hospices for dying cancer patients needing palliative care — many of these are run by Christian religious orders or Christian laymen devoted to the service of humanity. Should they desist from doing such humanitarian work for fear of being so admired and loved that a stray beneficiary converts of his or her own accord? Should only Hindus be permitted to do work that could sway the sentiments of stricken people in need of human love and care?

It seems Mr. Ribeiro has been convinced by the scaremongering assertions of many of our secular alarmists who make such accusations without providing any evidence. As far as Christmas is concerned, I feel Mr. Ribeiro is wrongly concerned. If anything, Christians should rejoice that they have one extra reason now to commemorate on 25 December unless Mr. Ribeiro is suggesting that Indian Christians are not fond of former Prime Minister Vajpayee.

As far as the so-called attacks on the Delhi Christian school are concerned, the staff and management of the Holy Child Auxilium, who as Mr. Ribeiro should know are Christians, conceded that there was no “communal” angle to the incident and it was a case of theft.

Mr. Ribeiro then goes on to say how the Christian community has contributed to healthcare and education but in giving them credit (which in some cases they do deserve) Mr. Ribeiro seems to have forgotten that many Hindu groups such as the Arya Samaj , Ramakrishna Mission and SNDP among others, have also made substantial contributions to the concerned fields and these ‘Good Samaritans’ help all in need regardless of caste, creed or sex.

And what does Mr. Riberio mean by ‘Christian values’? Going by the logic of Indian Secularism, since all religions teach compassion, benevolence and selflessness, what is specifically significant about Christian values?

It is fitting for Mr. Ribeiro to ask the secular media as to why they paint all activities of the Vanavasi Kalyan Ashram and Seva Bharti as ‘saffron agenda’? Shouldn’t these organizations carry out selfless service for those in need? Or is it only the preserve of “Christian-values”-carrying organizations? As Mr. Ribeiro knows the RSS and its affiliates carry out several philanthropic activities in spite of facing many malevolent accusations. And so in the same vein, the humanitarian Christian groups should not bother what others have to say about their services.

[pullquote]Going by the logic of Indian Secularism, since all religions teach compassion, benevolence and selflessness, what is specifically significant about Christian values?[/pullquote]

Next, Mr. Ribeiro goes on to state that

…the outburst of Mohan Bhagwat against Mother Teresa, an acknowledged saint — acknowledged by all communities and peoples — has put me back on the hit list. Even more so because BJP leaders, like Meenakshi Lekhi, chose to justify their chief’s remarks.

What should I do? What can I do to restore my confidence? I was born in this country. So were my ancestors, some 5,000 or more years ago. If my DNA is tested, it will not differ markedly from Bhagwat’s. It will certainly be the same as the country’s defence minister’s as our ancestors arrived in Goa with the sage Parshuram at the same time. Perhaps we share a common ancestor somewhere down the line. It is an accident of history that my forefathers converted and his did not. I do not and never shall know the circumstances that made it so.

This is the exact part where the proverb ‘truth is bitter’ fits the best.

All Mr. Ribeiro has to do is go through Christopher Hitchens’ “The Missionary Position: Mother Teresa in Theory and Practice”,  and Dr Arup Chatterjee’s “Mother Teresa, the final verdict” to know the true tale of the late ‘Good old Mother.’

These books clear the widespread misconception among people that Teresa “helped cure” the sick and the diseased. Both the authors show how her “Home for the Dying“, “had no doctors saving lives, but it was a place for victims to suffer and die.” Mother Teresa’s own statement, should clarify any doubts about her conviction-filled views on suffering:

“There is something beautiful in seeing the poor accept their lot, to suffer it like Christ’s Passion. The world gains much from their suffering”

In this video, Dr Chatterjee states that “Mother Teresa’s order was to not provide proper beds, but just little hammocks. There is a communal toilet where people have to defecate in presence of each other and the inmates are not allowed visits from their friends and relatives“. Dr Chatterjee also remarks that “It was her obsession with suffering, and her obsession that people need to suffer, in order to come close to Jesus“.

And Mr. Ribeiro, do try telling our secular brethren that your DNA makeup is not that different from Mohan Bhagwat or that your own ancestors arrived in Goa with the sage Parshuram and you will realise that it is not the Hindu nationalists who scream ‘wolf’ whenever the ‘H’ word is uttered.  You seem to have forgotten the outrage our secular media displayed when a Christian leader in Goa proudly stated that:

The leader in question was forced to apologize in the end, thanks to enormous pressure from the powerful Christian lobby. All this for stating the truth about his, yours and almost every Indian Christian’s roots. So Mr. Ribeiro. kindly do not be misled by agenda-driven alarmism and kindly do not mislead us either. And going by your logic and based on these reports, I as a Hindu should also feel  threatened in this country. Did you pause to reflect that if you had thought of yourself as an Indian first, you wouldn’t have titled your piece the way you did.

May the Lord guide your path.