Mr. Siddaramaiah, where has your integrity gone now? 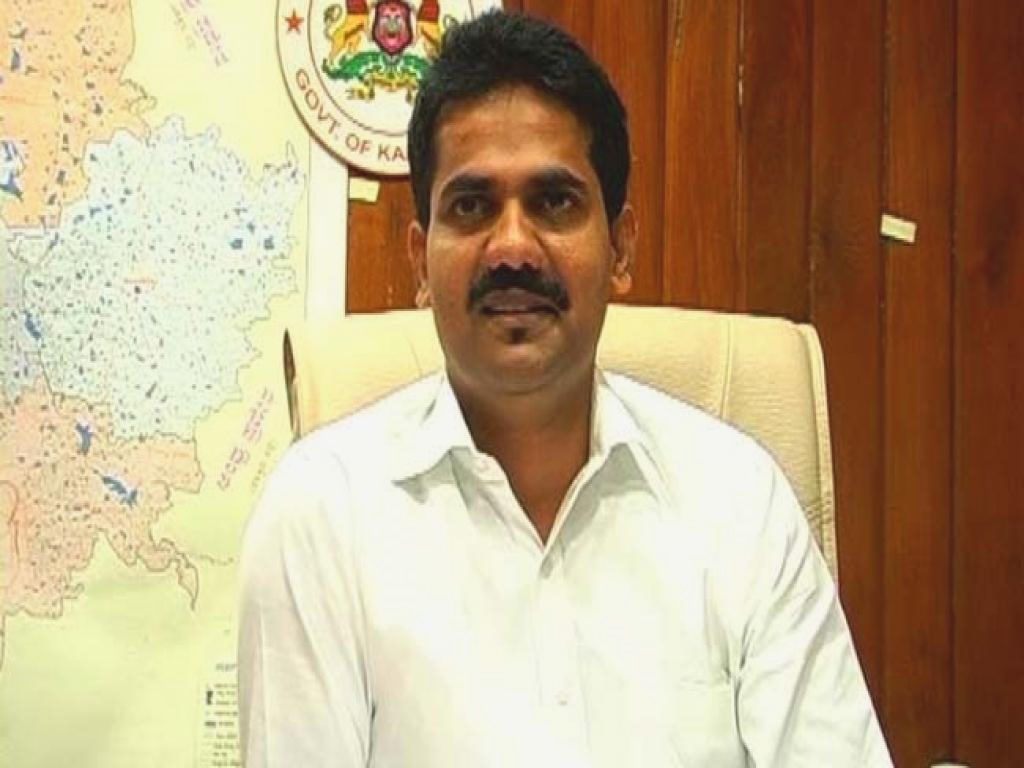 This is the translation of the original Kannada article by the MP of Mysuru-Kodagu, Pratap Simha that appeared in Kannada Prabha today. Translated by Sandeep Balakrishna.

We’ve seen how you smacked your biceps in the Assembly against former Chief Minister B.S. Yeddyurappa. We’ve also seen your padayatra till Bellary against the mining barons, Reddy Brothers who looted the district. Where has all that bravado and the integrity in fighting against corruption evaporated now, mister Siddaramaiah?

Today, D.K. Ravi, the honest IAS officer who died in mysterious circumstances also fought against the same corruption, didn’t he? Why aren’t you showing that just outrage that you showed in your fight against Reddy Brothers now, in D.K. Ravi’s unfortunate death especially since he also courageously fought against pervasive corruption in the system? If one were to address this issue in the framework of your brand of politics here’s how it would sound: Mallikarjuna Bande who died in Gulbarga, Rashmi Mahesh who was assaulted in Mysuru, and now D.K. Ravi who died in Bengaluru—had they belonged to your AHINDA (acronym denoting Minorities, Backward Classes, and Dalits) group, only then perhaps would you have smacked your biceps against their attackers. Your politics and your budget are both AHINDA. Do you also classify your sensitivities as AHINDA and non-AHINDA?

Do you know why the entire state is demanding a CBI investigation?

When Bangalore Police Commissioner M.N. Reddi visits the spot where Ravi was found dead, comes out and declares that “prima facie, this appears to be a case of suicide,” won’t people suspect foul play? What is the reason for issuing this sort of statement without waiting for the post-mortem and forensic reports? Or was it that M.N. Reddi was simply mouthing His Master’s Voice? Indeed, as Chief Minister you yourself claimed the same thing. Your Home Minister, K.J. George said the same thing. And your Cabinet colleague Dinesh Gundu Rao repeated the same thing again and again in TV debates and justified it. And so when a plethora of folks like these said the same thing it is but natural that they suspect that the voice was M.N. Reddi’s but the words were His Master’s.

Who is that Master, Chief Minister Sir? Yours? Your Home Minister’s? Or that of some of those land grabbers who go by the appellation of being your party’s MLAs? If that wasn’t the case, why didn’t you, as a first step, offer condolences and console D.K. Ravi’s family instead of declaring the cause of his death?

Indeed, how does someone who attends a grim occasion like death behave and respond?

Whatever the cause of death—be it personal or public, how does a Chief Minister conduct himself at the scene of the corpse? At the minimum he needs to reassure the aggrieved family that the entire state will stand by the family, that the people at large share the family’s grief, and so on. Shouldn’t a Chief Minister stand like a rock, infusing strength and support?

But instead of showing at least that basic minimal courtesy what did you and your Home Minister say? Wasn’t Ravi’s family eligible for a simple, routine condolence from your side? He might have actually committed suicide or he may have been murdered. If indeed he was murdered, you could’ve said that your Government will go after the culprits no matter how powerful they are and ensure that they’ll be severely tried by the law. And if it was indeed suicide, there should certainly be a powerful reason behind it. Right Mr. Chief Minister? There surely should be a significant reason for an honest, fearless IAS officer like Ravi who took on our corrupt and vile system to be driven to suicide. Even in this case, you could’ve declared that you would imprison those who drove him to suicide.

Of course you are aware that there’s state-wide outrage over Ravi’s unnatural death. And despite this knowledge what did you and your Home Minister utter? Is your sensitivity, love, and compassion reserved only for your family members? Didn’t you regard D.K. Ravi as a son the entire state should be proud of? Are our rulers and elected representatives completely bereft of even basic humanity? Are their acts of bravado and valour—of smacking their biceps, tearing their clothes, etc reserved only for their political opponents? Didn’t Ravi’s suspicious death outrage their conscience? Or is that actually why they’re nonchalantly claiming that prima facie, it appears to be a case of suicide? Indeed, when one watches the footage of their emotionless expressions and body language, doesn’t it reflect their inner insensitivity?

Do you now understand, Mr. Siddaramaiah the actual reason people have lost trust in your Government?

Of course, nobody has any doubts about the competence or efficiency of our police. However, the accusatory finger is pointed at the loathsome politician who holds the police in his fist. If the Police Commissioner himself declares within minutes that “prima facie, it appears to be suicide,” which junior investigating officer will dare to give a report to the contrary?

Mr. Chief Minister: when the case of the poor, innocent minor girl Nandita who died after being raped at Tirthahalli was branded as suicide, when the cow smuggler Kabir’s family was given ₹ 10 Lakhs as “compensation,” and when the constable who performed his duty was gifted with suspension, your Government lost the trust of the people of Karnataka.

During the campaign for the 2013 Karnataka Assembly elections, a video of Siddaramaiah’s son Rakesh assaulting KJP candidate Kapu Siddalinga Swamy was captured. So what happened to the Police Inspector who registered the FIR against Rakesh Siddaramaiah? After Siddaramaiah became Chief Minister, he asked Mysore Police Commissioner K.L. Sudhir to go on leave. Nazarbad police station Inspector Mohan Kumar, who had registered the FIR against Rakesh was suspended. His career is now in tatters.

After this, the courageous Gulbarga Sub Inspector, Mallikarjuna Bande was murdered. When the entire city erupted in protests, the Government simply didn’t give a damn.

In July 2014, the honest and non-corrupt IAS Officer from Mysore, Rashmi Mahesh was brutally assaulted. Chief Minister Siddaramaiah didn’t even bother to condemn the incident. The Chief Ministers’ Chief Secretary, Kaushik Mukherjee went a step further by castigating Rashmi for speaking to the media! Instead of acting humanely by offering her support and moral strength, her job responsibilities were downgraded.

A few months ago, Bangalore witnessed a series of child rapes. When the media questioned the Chief Minister, he retorted with, “is this the only issue you have?” Oh, and Nandita’s case was quietly buried. By the same CID.

This being the state of affairs, on what grounds do people believe that the Government will make honest efforts to unravel the mystery behind D.K. Ravi’s suspicious death? It might well be suicide. In which case, why is the Government refusing to hand over the investigation to the CBI? Is the pride that Karnataka police is the best more important than the feelings of the people?

At any rate, Mr. Siddaramaiah, your party’s spokesperson, Brijesh Kalappa who appeared yesterday on Times Now claimed that D.K. Ravi’s father-in-law, Hanumantharayappa wrote you a letter requesting the transfer of his son-in-law from Kolar. When the Kolar people enforced a bandh for two days protesting his transfer you didn’t care about their sentiments, and now we must believe that you transferred him at his father-in-law’s request? Forget request, if Karnataka had Chief Ministers who were honest, transparent, and compassionate enough to transfer officers on even humanitarian grounds, this state would have had Ram Rajya by now.

Let’s return to Kalappa’s logic. If we accept his argument that the transfer actually happened because of the said request, then by the same logic why don’t you honour the plea of his mother, brother, elder sister and the same father-in-law to hand over the case to the CBI?

Our politics is so awesome that the Kolar legislator who played a vital role in Ravi’s transfer was seen in front of the cameras weeping profusely over his death! “I’m shocked and saddened. Ravi was a very honest officer who brought great changes to Kolar,” he claimed. In which case, why didn’t he fight to stop Ravi’s transfer?

Today, the fate of honest officers has literally gone to dogs. And if an officer is ultra-honest, one, he must either resign, start an NGO to do social service, or two, he needs to face four transfers a year or face death for fighting against corrupt people inside the system. Even worse, when the officer is no longer alive, he will be humiliated even in death by revelations about his personal life simply because he’s no longer alive to defend such defamation.

If one observes the history of Karnataka, we notice that at various stages, the state’s politics has been controlled by different lobbies. First it was the liquor lobby, and then the education lobby. However, today, along with liquor and education, the combined mafias of land, sand, mining, cable, transfer, and corruption are ruling us.

Take any real estate company. It is either directly owned by a politician (cutting across party lines) or will have the politician’s dirty money invested in it. Today, almost every politician’s land dealings have percolated to the level of a Hobli. And our administrative and other officials need to work amidst and under such people. They need to listen to filthy abuses from ill-mannered, uncouth and uncultured politicians. IAS officer M.N. Vijay Kumar’s wife, Smt. Jayashree once said that “if a politician decides to be corrupt, he needs the signature of an IAS officer. But if an officer decides to be corrupt, he needs nobody’s help.”

Despite such a dire situation, there are truly honest and brave officers whose work is motivated by an ideal of cleansing the system. And it is such officers who need our unstinting support and protection. If things reach a pass where it becomes completely impossible for honest officers to function, then who will show the courage?

Mr. Chief Minister, does the heart-rending plea of that poor, rustic woman who battled great odds and made immense sacrifices so her son becomes an IAS officer mean nothing to you? And now after she performed his last rites and sat on the steps of Vidhana Soudha begging you for justice, you first sent your loyalists, and then fearing media pressure, you finally met the bereaved woman.

In the end, an agony still haunts me: D K Ravi certainly knew that integrity and honesty have no place in Karnataka after the takeover of the state by these assorted mafias. He experienced this first-hand after being transferred from Kolar for doing good work. Despite knowing that he was working amid looters and crooks, he still showed the courage to do good for the society and paid for it with his life, and here’s where my anguish lies: that we’re helpless to bring back this kind of an ideal-driven D K Ravi.

SP Madhukar Shetty left the country after waging and losing his relentless war against the corrupt. If D K Ravi had done the same thing, it would have at least spared his mother the sorrow of losing her son.