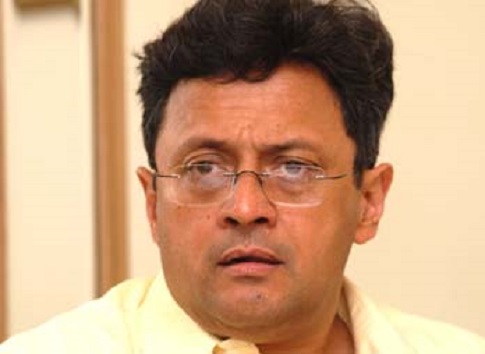 In the 12 February edition of The Telegraph eminent secular columnist Mukul Kesavan decided to share his wisdom on the BJP’s disastrous performance in the Delhi polls. The opening statement sets the tone:
The pharaoh lost. He still stares into the middle distance on every road – from his perch on high hoardings, from inside glazed posters on bus stops, from above the fold on weathered newspapers blown down the street. The impassivity is deliberate. This is the marbled gaze of the larger-than-life ruler, remote, all-knowing. When will he learn that he has lost? When his party’s lease on those spaces runs out, perhaps. Till then that purposeful gaze bears witness to the pre-ordained triumph that didn’t happen.
Firstly I must thank Mr. Kesavan for comparing the PM with the illustrious rulers of ancient Egypt as compared to earlier times when the same democratically elected leader was seen as the Indian counterpart of Hitler, Milosevic and PolPot. But I don’t understand why Mr. Kesavan is suggesting the PM is deluded? As far as news reports go, when it was ensured that AAP has won the elections the PM was said to have congratulated the CM- designate Arvind Kejriwal. But as we know by now the likes of Mr. Kesavan will not let any chance pass by to pass hysteria-dripping, noxious  comments on the present PM, hence we should let him have his fun.

It is in this spirit of fun Mr. Kesavan made the following observation:

It was the real-life equivalent of watching Wile E. Coyote run off the top of a cliff and pedal in mid-air before plummeting to a very hard landing. Or watching Jerry pound Tom with a gigantic mallet. It was a great or gruesome spectacle depending on your political affiliations, but the very luridness of the defeat made you wonder if it was as bad as it looked.

Again thank you Mr. Kesavan for comparing the PM with popular cartoon characters as opposed to dictators. Now let me give you this comparison: during the Lok Sabha polls the way your kindred Spirits were subtly assisting the Congress Dynasty and even the AAP to stop the triumph of Modi reminded me of an episode of Darkwing Duck where all his foes got together to put him out of business only to have their plans backfired. One can even say watching Narendra Modi’s verbal clashes with the ever so delightful Rahul Baba and the acerbic anarchist Arvind Kejriwal reminded me of the old episodes of Looney Toons where a quick witted Bugs Bunny made a fool of gullible hunter Elmer Fudd and the acerbic cowboy Yosemite Sam.

Kiran Bedi’s bid to become chief minister must be one of the strangest candidacies for high electoral office in the history of the republic. That earnest yet hectoring manner, her knack for congratulating herself while admonishing others, the sheer weirdness of her utterances – her explanation of how she saw the light and joined the BJP is a personal favourite – catapult her into the Sarah Palin league of running-mates-who-sank-the-ship. The political systems are different, but both Palin and Bedi were being asked to run as sidekicks: Palin as John McCain’s vice-president and Bedi as a local proxy for Narendra Modi. Both brought something that the alpha males didn’t have. Palin was going to supply McCain with the oomph that he lacked, while Bedi was chosen to starch the BJP’s Delhi campaign with an activist’s piety and self-righteousness.

[pullquote]Humility mixed with venom does justice to neither. Let us not forget that ever since 2002, eminences in the academia and the media such as you have done a splendid service of fostering Modiphobia. Even if Mr. Modi smiles and presents himself as a friendly figure, your kind will spin it as a  Dr.Jekyll-Mr.Hyde farce. [/pullquote]

While even many passionate BJP supporters have voiced their opinions on how the selection of Kiran Bedi as the CM candidate was done too hurriedly and even expressed disappointment over some of her statements, it takes a special sort of skill to equate a decorated IPS officer with a controversial Governor who had limited knowledge in geography, ecology as well as statecraft. Mr. Kesavan in his cartoonish sojourns seems to have forgotten a much more suitable candidate to be India’s Sarah Palin, someone who earned infamy for having made statements like complimenting Gujarat’s women for giving excess milk, empowering Venezuelan women, asking Dalits to attain the velocity of Jupiter among other such gems.   But the soft spot India’s first family occupies in the hearts of the Kesavans is all too well known.

As we approach the end of Mr. Kesavan’s piece we see this benign observation:

Amit Shah and Narendra Modi would rather inspire awe, admiration and fear than love and affection. And they succeed in this. They win elections because voters admire their ability to get things done and their summary way with people and processes. The trouble with this sort of success is that when failure comes knocking you get gawking onlookers, not concerned citizens.

Contrast this with the way in which the Aam Aadmi Party is regarded by the public. When Arvind Kejriwal grinningly introduced his wife at a rally after the results came in, I could almost hear television’s collective communion go “awwwwww!”. People like Kejriwal. There are people who loathe him; that goes without saying. But lots of people like him. They thrill to his successes. They feel for his failures. They call him Arvind without thinking twice. To feel for Mr Modi would be an impertinence. And no one, no one, would dare call him Narendra.

This is not to single out Narendra Modi and Amit Shah. Majoritarian right-wing parties are inherently charmless organizations. They spend their time peddling a passive-aggressive resentment of religious minorities, they believe that austerity is economically virtuous, they routinely denounce liberalism’s pandering nostrums. Their leaders are admired, hero-worshipped and feared. They are not concerned about being liked, and they aren’t. It is why their defeats inspire voyeurism, not empathy.

Now, now Mr. Kesavan. Humility mixed with venom does justice to neither. Let us not forget that ever since 2002, eminences in the academia and the media such as you have done a splendid service of fostering Modiphobia. Even if Mr. Modi smiles and presents himself as a friendly figure, your kind will spin it as a  Dr.Jekyll-Mr.Hyde farce.   And if the public is trustful of Modi-Shah’s efficiency and diligence, what makes you so sure that they lack affection for the duo? Mind reading much?

Besides, you do know that the first PM of India that is our beloved Chacha brooked no dissent which is best seen in his dealing with the then Finance Minister John Mathai? And if recent revelations are taken as evidence his even more beloved great grandson was no less an intervening obstructionist. But again such facts don’t deter Mr. Kesavan.

And this is why whenever Mr. Modi went to his mother for blessings following all his electoral victories, the Kesavans would call it a cheap photo-op tactic. But it’s an ‘aww’ for Mr. Kejriwal who for a long time threatened to jail media persons, used threatening messages against India’s corporate figures and saw conspiracy in every nook and corner.

Indeed, for people calling him Arvind, Mr. Kesavan might find it interesting that in the beginning leaders like Stalin also appeared approachable and would tell people to address him by his first name, but I should let Mr. Kesavan’s kind be concerned with conspiratorial comparison.

As for right-wingers being charmless,  Mr. Kesavan you are more than welcome to read the testimonies of many from your own secular kind who were beguiled by the first BJP PM Atal Bihari Vajpayee and the present Rajasthan CM Vashundhara Raje.

And correct me if I’m wrong but wasn’t it a minority-appeasing secularist PM who imposed Emergency? Aren’t the secular supporters of her party the same people who present India as a cesspool of violence and poverty while denigrating nationalism? And lastly what do you make of the Grand Old Party’s kowtowing defense of the Nehru dynasty even after their consistently overwhelming electoral routs?

As proved in 16 May, our eminent secularists are fonder of distortions than evidence. The good thing is that they are fading.  But as long as they are around, I’ll continue in this vein. Get well soon, Mr. Mukul Kesavan.