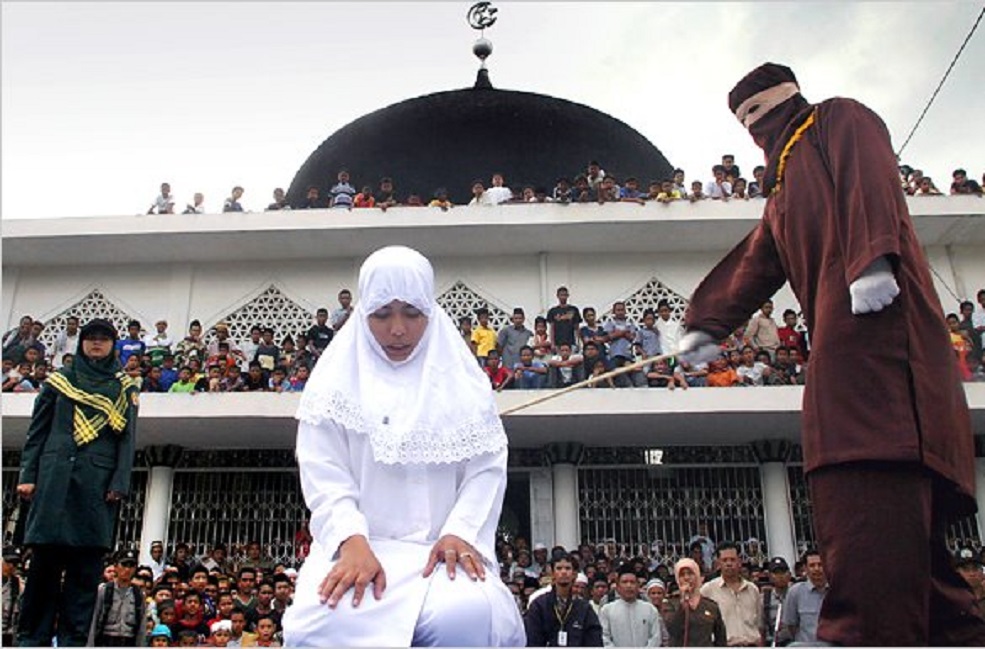 ‘Violence does not live alone and is not capable of living alone: it is necessarily interwoven with falsehood. Between them lies the most intimate, the deepest of natural bonds. Violence finds its only refuge in falsehood, falsehood its only support in violence. Any man who has once acclaimed violence as his method must inexorably choose falsehood as his principle.’- Aleksandr Solzhenitsyn, Nobel Lecture in Literature 1970

It is very important to note that ‘the Muslim population’ and ‘Islam are not synonymous terms. Just as Marxism-Leninism and the Soviet people were not identical. Just as criticising Marxism-Leninism-Stalinism-Maoism was not an insult or vilification of Soviet people or Chinese people, so criticizing Islam is not ‘spreading hate’ against Muslims. It is a clever ploy of Islamist scholars, leaders, jihadis, as well as Left-secular propagandists in Bharat that they arouse the Muslim masses against any such criticism as if it is against them. No, Muslims are in most cases victims of the Imams, Ayatollahs etc just as the common Russians and Chinese were at the hands of their Marxist masters. Therefore, this ploy of confusing the two, people and ideology, has to be fought tooth and nail.

In as much as Islam is a political ideology, with a complete social, political and juridical system of its own, it is as liable to criticism and scrutiny as any other political creed. More so as its political ambitions and juridical regulations are never confined to Muslims alone. It has clear rules, regulations and directions applied to the non-Muslim masses, whether for the moment it is ruling a country or not. Thus the political ideology of Islam directly affects the non-Muslims of the world.

Therefore not only the Muslims but the non-Muslims too have every right to criticise Islam. But the Islamic scholars and ulema using all kinds of pretexts and descriptions, depending on the concrete situation in a given country, deny this right to non-Muslims and Muslims alike.

However, as Ram Swarup said so meaningfully, once intellectual freedom is gained for the Muslim masses, the rest is only a matter of time. Most Islamic scholars perceive this very well. Which is why they are hell-bent on withholding intellectual freedom from their own ‘brothers in the faith’, their Muslim subjects. They use violence, threats, regulations, logic and ploys to deny this. Why?  The words of Solzhenitsyn quoted above, about the intimate connection between violence and deception explain it. They also explain why violence is intrinsic to Islam.

Make no mistake: Islam has no verbal argument to offer to any point. The erstwhile Soviet scholars used to quote Marxism-Leninism like a spell on all questions. Even if it convinced none.   Likewise Islamic scholars quote from the Koran in every matter without the smallest regard for common human reason. That can hardly satisfy inquiring minds, whether non-Muslim or Muslim. That is why Islam regularly employs threats and violence to subdue non-conforming people.

If these essential points are glossed over, as they have been in Bharat throughout the 20th Century by many respectable leaders and scholars, then the Islamic problem can never be understood, let alone solved. Therefore, neither theoretical illusions nor practical difficulties (read:fear) should come in the way of recognising this problem and fighting this war.

As the great living fighter writes, ‘In Life and in History there are moments when fear is not permitted. Moments when fear is immoral and uncivilized. And those who out of weakness or stupidity (or the habit of keeping one’s foot in two shoes) avoid the implications imposed by this war are not only cowards, they are masochists’.1

This essay is excerpted from the book, “India’s only Communalist: In Commemoration of Sita Ram Goel” edited by Dr. Koenraad Elst.