Narendra Modi and the Law of Unspecified Prerequisites 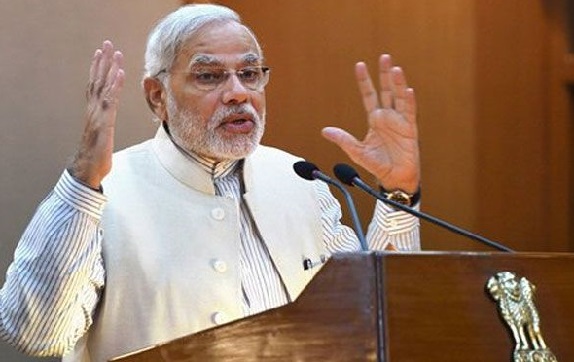 A most important factor responsible for rout of the Bharatiya Janata Party in the Delhi Assembly polls pertains to a simple fact: the Narendra Modi dispensation forgot the fundamental difference between divine powers and human capabilities.

“God said, ‘Let there be light!’ So there was light” (Bible, Genesis 1.3). Similarly, when Hindu gods bless a worshipper with a boon, they just have to say “Tathastu!” and the worshipper’s wish comes true. But, unlike gods, men and women cannot just make some wish, say a few words, and expect the favorable results. If we wish to have light, we must have a bulb and electricity connection, and we have to switch on the bulb.

In this context, it is important to pay heed to what I call the Law of Unspecified Prerequisites. If you want to have a physique similar to that of movie stars and models, you have to bring in a major change in my routine, diet, and other habits. You have to eat carefully; you must avoid fried and high-calorie food, sweets, smoking, drinks, etc. You have to exercise regularly, take adequate rest, and so on. These are the prerequisites for a healthy, good-looking body. A new-year resolution or a desire, however fervent, for an attractive physique will not help you beyond a point; nor would miracle pills, magic therapies, the chanting of some mantra. Similarly, if a student wants to do well in exams, he has to study hard; pujas, offerings, rituals, etc., will take him nowhere.

In the realm of statecraft and economic management, too, there are several prerequisites for achieving targets. However eloquent the speech on good governance and new initiatives may be, and however grand may be the occasion, the objectives cannot be met without solid action. It is here that the Modi government was found lacking. Consider the two marquee initiatives of the Modi regime—the Swachh Bharat Abhiyan and Make in India. The success of the former is predicated upon a complete makeover in the ways the country is governed: the local authorities should be efficient and professional; sweepers should be doing their jobs; waste should be collected and disposed of properly; industrial effluents and sewage should be treated before getting dumped into rivers; and long is the list of must-dos.

But little, if anything, was done on the ground. So, when the Aam Aadmi Party slammed the BJP for its incompetence, it resonated with the feelings of the people of Delhi. In a statement in November, it said, “The miserable condition of cleanliness in the national capital shows the real face of the BJP-run Municipal Corporations of Delhi.” The AAP was stating the obvious, as the incompetence and corruption of Delhi’s municipal bodies was for all to see; it took Rs 12 crore and 13 years to prepare MCD’s web portal, and even then it was incomplete. But the BJP grandees could not see the writing on the wall—or even in the social media where it has considerable experience and acumen.

All the nice things that Modi said about governance, which sounded genuine when he was campaigning for Lok Sabha elections, started appearing hollow. Oratory minus genuineness is rhetoric, and few appreciate rhetoric. Evidently, fewer voted for it.

Similarly, just by organizing gala functions to promote the Make in India programme, the economy would not be galvanized. According to National Manufacturing Policy 2011, “On an average, a manufacturing unit needs to comply with nearly 70 laws and regulations. Apart from facing multiple inspections, these units have to file sometime as many as 100 returns in a year. This kind of compliance burden puts-off young entrepreneurs and they are not willing to take up an entrepreneurial role. As a result, a large number of people who could have been self-employed and would contribute to further employment and enhance economic activity, end up accepting jobs much below their potential.”

[pullquote]In the realm of statecraft and economic management, too, there are several prerequisites for achieving targets. However eloquent the speech on good governance and new initiatives may be, and however grand may be the occasion, the objectives cannot be met without solid action.[/pullquote]

The Modi government indeed did take a few steps to improve the situation, but not as much as his supporters had desired. In general, his government’s position on economic reforms has been gradualist, whereas the mandate was for a paradigm shift. It was the mandate for change; what we got was not even change with continuity but continuity with minor alterations—and that too mainly in nomenclature.

At any rate, there was not as much emphasis on remedial government action as bombast and jamborees. Perhaps the powers that be were convinced that they have divine powers; the words and wishes would become real. The February 10 results have shown that human beings, however powerful, can never be godlike. So, the lesson to be learnt is: Never ignore the Law of Unspecified Prerequisites.