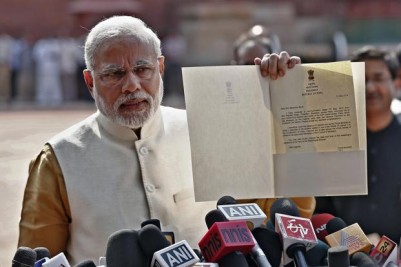 A month is a very short period in the life of a government—especially a government that cannot be dislodged in less than five years. So, it will be premature to judge the Narendra Modi ministry after 30 days.

Before the general elections, Narendra Modi himself had reiterated the point many a time that he was seeking a mandate for 60 months, so it would be pointless to evaluate his performance after 100 days. Yet, one can always look at the foundation that is being laid for the new regime. The best thing that the new government has done is initiate the process for cleansing the political class of criminals. But the first month has also left a lot to be desired—and a few things that have happened are downright undesirable.

First the good news. Modi has urged the Supreme Court to decide pending cases against Members of Parliament within a year. Replying to the Motion of Thanks on the President’s address in Rajya Sabha, he promised the same exercise would later be carried out for state and civic bodies. “There is a public perception that those who are in Parliament have criminal background. We have to remove this stigma. We will request the Supreme Court to expedite the pending cases against any member and decide them within a year.”

Those who are guilty will go to jail and those who are innocent can move with respect and hold their head high, he said. “We see many of them are victims of such perception. Let’s start from here. The law should prevail and no guilty should be spared. They should be punished.”

He also spoke about another decision his government had taken—setting up a special investigative team or SIT to unearth black money, a major poll promise. A few days later, Finance Minister Arun Jaitley said the government would write to Switzerland seeking details of Indians having unaccounted money in Swiss banks.

On the foreign policy front, too, Modi did well right from the beginning—in fact, before beginning, as his invitation to South Asian leaders, including his Pakistani counterpart, for the swearing-in ceremony was seen as a diplomatic masterstroke. He was able to shed the jingoism baggage that many of his detractors had burdened him with. At the same time, he was warm with China, though he also invited officials from Tibet’s government in exile.

The Modi government has expressed desire to end retrospective taxation, an issue that has scared away many a foreign investor and frightened domestic businesspersons. But the issue is yet to be sorted out.

About populist schemes, the government is likely to rationalize them. To begin with, it has already announced the tweaking of the Mahatma Gandhi National Rural Employment Guarantee Act (MNREGA), 2005. The legislation intends to ensure livelihood security in rural areas by providing at least 100 days of guaranteed wage employment in a financial year to every household whose adult members volunteer to do unskilled manual work. In the last fiscal, it cost over Rs 42,000 crore to the exchequer.

Another bold move was to raise Railway passenger and freight fares. The boldness was, however, somewhat eroded when the government announced partial rollback by way of reduction of fares for local commuters in big cities. The U-turn was necessitated because of the forthcoming Maharashtra elections.

While partial rollback favoring common people could be understandable if not justifiable, the package given to the sugar industry—again with an eye on the Maharashtra polls—was neither understandable nor justifiable. This was sheer protectionism at the expense of the taxpayer and the consumer. And, surely, it was against the spirit of economic reforms.

Talking of governance—Modi’s main poll plank—the appointment of former Trai chief Nripendra Mishra as Principal Secretary to the Prime Minister came as an unpleasant surprise. For the Cabinet had to promulgate an ordinance to amend the Telecom Regulatory Authority Act, 1997, so that former chairpersons of the telecom regulator could be employed by the government. The move did not jell with Modi’s professed predilection for the rule of law and rule-based governance.

Similarly, the Modi government’s reaction to the reports of soaring inflation—on account of a failing monsoon, turmoil in the Middle East, and other facts—was also similar to that of the Congress government’s. Jaitley made some noises about “speculative hoarding”; there was also a sermon to state governments to stop this menace. There was nothing imaginative or different—all continuity, no change.

The voter and the Right-leaning intellectual, however, had hoped for change, not just of the government but also of the ideology of the Indian Republic; they aspired for the burial of the relics of Nehruvian socialism. In the first month, there were not many signs of the paradigm shift that Modi supporters were looking forward to.

For now, we can only wait and watch and realize that hope in the 59 months that remain.