NDA to UPA: How the UPA destroyed education 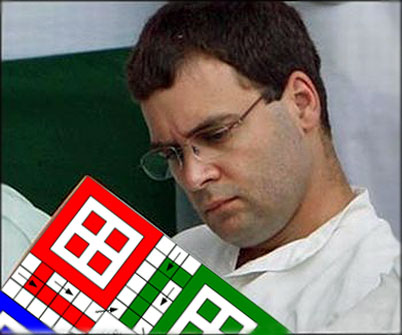 IIT Bombay was ranked at #36 in U.S. News & World Report’s World’s Best Colleges and Universities rankings based on the Times Higher Education-QS World University Rankings identified these to be the world’s top universities in 2008. The only other university from India in the top 50 was IIT Delhi at #42. The 2008 ranking was obviously based on the data of 2006-2007. The BJP-led NDA coalition was in power from 1998 to 2004 and after that India has witnessed the Congress led UPA’s rule for 10 years.

The conclusion of the survey is that the top 10 world universities have not shown much change, the Asian ones have mostly improved, but Indian ones have lost ground. The highest ranked Indian University is the Delhi IIT at 222, which was ranked 42nd in 2008.

So did the Government have any role to play in this? Of course, all these are central government funded institutes. So what kind of control does the central Government exercise in respect of their funding?

If this is the state of higher education, what will be that of elementary education.  The following is a pointer for the same taken from the Economic Times, dated 13 March 2014, Mumbai edition:

This lack of primary education can be easily linked to Congress and it is almost hereditary in Congress.

S S Gill writes in his book ‘Dynasty’: “ ..Nehru often showed impatience at the slow progress of various development schemes. But as to education he stated “Education is spreading fairly well and today we have some fifty million boys and girls in our schools and colleges.”  And he was still more elated about the state of women’s education. He wrote “Already I see major changes taking place which are not perhaps so evident to outsiders..Probably the biggest revolution that is taking place in India is through women’s education which affects directly home.”

What was the basis of this optimism? Female literacy crawled from 8 to 16 percent between the census of 1951 and 1961: a measly rise of 8% percentage points in 10 years – and that too from such a low base. Yet, somehow Nehru appears to have convinced himself that this was the “biggest revolution that is taking place in India.”

Khuswant Singh said ‘Indira was uncomfortable with educated people’. I don’t need to specifically write about the educational accomplishments of successive leaders of the dynasty.

So, is there a solution? Well, Gujarat has a successful model in elementary education. The state doesn’t have say in the functioning of Central Universities or central Government funded institutes.

The Educated Girl Child Initiative was born out of a painful distress call as Women’s Education in Gujarat in 2001 stood on 20th Position with Literacy rate among female with 48.1%. The Kanya Kelavani Praveshotsav came out of the vision of the Chief Minister Narendra Modi.  All the Class II and above officers, numbering about 3000 plus all the ministers, MLAs and MPs, office bearers of district and taluka panchayat, cover at least 15 villages within a period of three days every year at the time of admission in June.  Accordingly, routes are chalked out for visit of each officer to a set of 15 villages which are close to each other.

On pre-decided dates, Kanya Kelavani and School Admission Drive is organized at the village level. It covers almost 18,000 villages on this day, young children are gathered in a bullock cart and taken to school. A common briefing cum training session is held every year before this program by use of satellite media, in which officials visiting schools are briefed thoroughly about what they are expected to do when they go to a village.  This briefing meet is the main important element of this program.  From 2003 to 2011 for last 9 years, each of these briefing meets is also addressed by the Chief Minister himself in order to motivate the officers to do this job as a pious duty rather than a mere job or ritual.  In the drive, all IAS, IFS and IPS officers are also involved.  For some of those officers, who have never worked in education, this kind of exposure coming year after year, is found to be personally very enriching for them. All the children enrolled in the school are provided with Vidhya Laxmi Bond, school bag and kit.

“In Gujarat all the eligible children joined the formal education,” see Chapter 7, Pre-school Education, Human Resource and Training Report no.-22 of 2012-13-Union Government (Ministry of W&CD) — Report of the CAG on Performance Audit of ICDS Scheme.

Provision of Rs. 1 crore has been made under Saraswati Sadhna Yojana to provide bicycles to Family Below Poverty Line (Vidya Sadhna Yojna) and Scheduled Castes students (Saraswati Sadhna Yojna) by the Gujarat Government. A sum of Rs.1500/- is provided to girls below 8th Grade to buy bicycle. Apart from this, provisions are made for students in elementary and high school education to get food and lodging, free of cost.

For the revival of Education, both at the primary as well as higher level Indians can trust NDA Government led by Narendra Modi.