Open letter to the Indian media by a senior Navy Officer 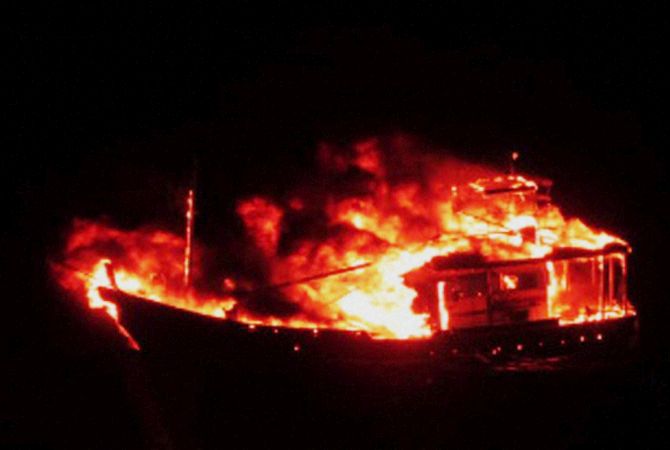 Note: This was sent to IndiaFacts by a serving officer in the Indian Navy with over two decades of experience in various positions and involved in several operations. The name of the officer cannot be disclosed for obvious reasons.

I am writing this after having observed the recent media reactions, statements, editorials, opinions and all sorts of “analyses” over the terror-boat episode. My language will be frank and candid.

It is only in India that Intelligence-driven operations are discussed in the open, in the media and in talk shows under the excuse of some idiotic notions of freedom of speech. One thing is for sure: that the media in India is maudlin. No doubts on that score.

I heard the questions that the media posed to the Defence Minister at Aero India on 18 February. The questions themselves and what followed them is the clearest evidence for the crying need for Defence Correspondents.

As for the Indian Express video, it is clear that they had a score to settle with the Government after their Sherlock Holmes + Hercule Poirot rolled in one, Mr. Praveen Swami wrote a clever-by-half nonsensical piece on the boat blow up episode. When he wrote the piece, it was severely ridiculed on the Net & social media. The angst of Indian Express is therefore understandable but that does not make it right.

But in all the chaff, what everyone including the holier-than-thou media have missed is the vital fact that in the Indian Navy and Indian Coast Guard, no one from the shore ever gives an order to fire to the man at sea. The unwritten tradition is this: the man on the spot knows best.

And therefore, it is clear that the DIG was talking through his hat. He needs to be cashiered immediately for his immaturity and loose talk in the media, which is only too happy to put the Government in the dock.

I say this with the weight of 25 years of service in the “silent service” and enough of command time, including ‘snooping’ in the very same waters and in the North.

My advice to the Fourth Estate: please don’t display your idiocy publicly. Please.