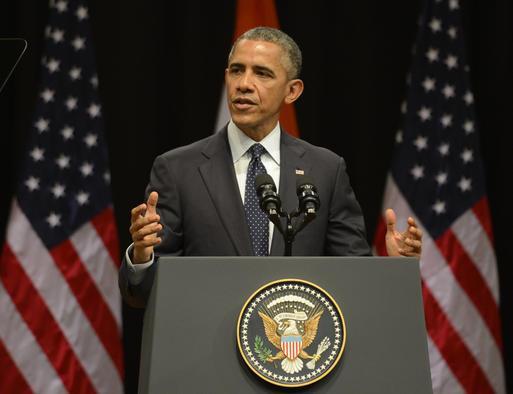 However, we are not asking you to stand up for our religious freedom. We are, instead, challenging your obsession with religious freedom. Let us begin by talking about some fundamental teachings of Christianity which you are presumably familiar with.

[pullquote]I did not render service. I have been responsible for genocide. It took me 18 years to realize that.[/pullquote]

Christianity requires a groom to drag his bride on the nuptial night to her father’s doorstep and stone her to death on the suspicion that she may not be a virgin. It urges onlookers to participate in this violent orgy (Deuteronomy 22:13-21). Jesus sanctified and vowed to fulfill such terrible, misogynistic teachings (Matthew 5:17). We Hindus view the feminine as sacred and will not allow anyone the freedom to spread misogyny. We will not protect the alleged freedom of a misogynist at the expense of the dignity of a woman. We understand that you are not eagerly defending the freedom of the Taliban to spread Islamic misogyny in the USA. We are pleased to inform you that we Hindus will apply the same yardstick to Christian misogyny as well.

The Second Coming of Jesus is a core and fundamental Christian belief. On this occasion, Jesus would torture millions of Hindus for a period of five months, massacre them, and put them on the hell-bound cargo to be condemned to eternal torture (Revelations 9:4-5). Jesus also promises to make the Hindus kneel before the Christians in abject submission (see Hartung, John: Love Thy Neighbor – The Evolution of In-group Morality, pp. 15-16). We Hindus value human rights and will not grant anyone the freedom to spread genocidal hatred or subjugate others. You should be able to relate to our stance because you too aren’t advocating the freedom of Al Qaeda to spread genocidal hatred against Americans, are you?

Misogyny, a craving to subjugate others, and genocidal hatred are poisonous. Giving them a religious sanctity doesn’t make them desirable. Karl Popper cautioned against the tendency to tolerate the intolerant because such a misplaced tolerance would result in the demise of the tolerant and eventually lead to the demise of tolerance itself. His sage advice applies to intolerant, hateful, and misogynistic religious beliefs such as Christianity and Islam. According such religious beliefs even a modicum of freedom would eventually degrade the feminine and extinguish freedom itself.

We Hindus value freedom; not merely freedom of religion as Western Christians mistakenly value. In our reasonable worldview, only freedom is a fundamental right whereas religious freedom is a privilege that is earned only when the religious teachings do not subvert freedom. A religion that subverts the very foundation of freedom and human dignity by advocating misogyny and genocidal hatemongering cannot be accorded that privilege.

In The Religious Crusades of the CIA, Arvind Kumar shows that ‘religious freedom’ is a euphemism for the CIA-led initiatives to destabilize Hindu society. The Tamil writer Jeyamohan shows how the Ford Foundation acted as the front for this imperial agenda by funding Christian missionaries in India’s northeast. These missionaries facilitated the entry of other western-funded groups which sowed division and hatred among the various ethnic groups that had hitherto coexisted for millennia. These imperial-funded and orchestrated initiatives resulted in gruesome riots, bloodshed, and massacre of many a thousand besides sinking the entire northeast into abject poverty. One of the missionaries that had facilitated the pillage eventually had a moment of realization and confessed to Jeyamohan, “I did not render service. I have been responsible for genocide. It took me 18 years to realize that.”

President Obama, we will not allow another genocide by facilitating the spread of imperial-funded Christianity. Instead, we will initiate every measure to curb it. We will bring forth legislation to prevent the CIA and its front agencies such as the Ford Foundation from destabilizing India. We will also prevent western powers from controlling the churches in India by nationalizing India’s churches and NGOs and by empowering the government to nominate priests. In the true spirit of democracy and freedom, and in the spirit of Indian pluralism, these priests would hail from all communities and religions as well as from among the ranks of atheists.

You may also anticipate legislative measures which would protect indigenous religions such as Hinduism, Buddhism, Sikhism, and the various tribal religions. We would reverse the existing system which discriminates against indigenous religions while favoring Christianity and Islam. The state would fund institutions belonging to indigenous religions. We hope this idea would resonate with you; after all, the UK protects the Church of England and funds its educational institutions. America’s Christian churches are the leading beneficiaries of faith-based initiatives. So, this idea is no stranger to westerners.

We hope that not only Hindus and Indians but reasonable Americans too would laud these forthcoming initiatives. After all, a vibrant, democratic, and multicultural India is in the best interests of America as well. On the other hand, an India laid waste to by the predations of Christianity can only harm Indian as well as American interests. A patriotic American should be appalled by the fact that American textbooks indoctrinate defenseless children in Christianity. These textbooks portray Jesus as an embodiment of compassion. One would never tolerate a sanitized portrayal of a terrorist such as Osama bin Laden as compassionate. Yet, Jesus, who is indistinguishable from Osama bin Laden, is hailed as compassionate in textbooks. Such indoctrination is an abuse of the trust children place in adults. It is not only the mind of the American child that is abused. Defenseless children are subject to physical abuse as well because of their parents’ beliefs in biblical teachings. The Bible mandates the circumcision of the male child (Genesis 17). As a result, despite the progress in scientific knowledge, over 58 percent of American male children are subject to genital mutilations. These are examples of serious violation of a child’s freedom.

We hope that America ends such discriminatory practices by emulating the Indian example of curbing Christianity (as well as Islam) through legislation. We look forward to the day when America respects the freedom of a child to grow up unmolested in an environment nourished by reason. We hope you realize that the freedom of a child cannot be sacrificed to propagate Bronze Age superstitions.

PS: How I wish an Indian politician wrote such a letter! Alas, in all likelihood, an Indian politician or a lay Hindu is likely to appease the Western bully by pleading that India is doing a lot to ensure religious freedom and will do even more. They would then grant more freedom to the rapacious missionaries and foreign NGOs until India becomes another Philippines.