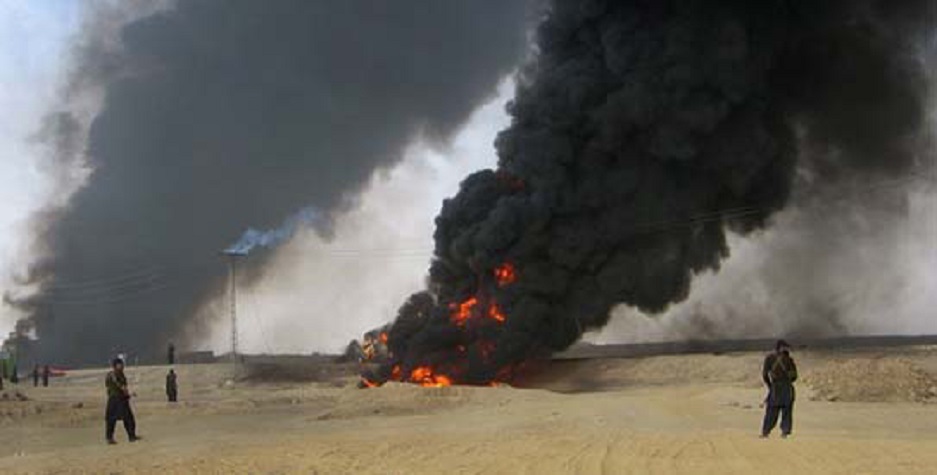 Horrendous human rights violations against Baloch demanding freedom of their France-sized country includes feeding feces. It has come to light that while two bullet-riddled mutilated bodies were handed over Friday to the local administration, pro-freedom Daily Sangar newspaper reported.

The victims identified as Ameer Bakhsh and Mohammed Jumma, residents of Gorkahi in Mashkay, were among five Baloch abducted by the army from a Baloch home two days ago. The fate of three other forcibly disappeared persons Illahi Bakhsh, Muhib Karim Bakhsh and Siraj Raja remain unknown.

‘Custodial killings have become the order of the day in Balochistan. Soldiers are carrying out arbitrary arrests, humiliating families, maiming civlians, carrying out enforced disappearance and conducting summary execution. They even forcibly put excrement in the mouths of innocent young Baloch,’ former fisheries minister Kachkol Ali said from Oslo. He added, ‘They are now kidnapping Baloch women and girls.’

As the non-Baloch Pakistani security forces have heightened their brutal operations against the Baloch population in Balochistan in recent weeks, it has created even more anger against the dominant Punjabis, who head the military.

Amnesty International USA’s International Advocacy Director T. Kumar recently told a side meeting at the UN Human Rights Council in Geneva that there was an element of racism in what is happening in Balochistan.

Balochistan chief minister Abdul Malik has reportedly consented to use of military force in the France-sized province. According to a report in The Express Tribune, the paramilitary Frontier Corps is assisting the military in targeted operations against separatists. ‘IGFC Balochistan Maj Gen Sher Afgun had briefed Interior Minister Chaudhry Nisar Ali Khan on such operations earlier this week,’ he added.

The newspaper reported that security agencies have identified 161 training camps of Baloch insurgents, nearly two dozen of them are believed to be located in Afghanistan and two in Iran.

Pakistan has mostly been using paramilitary Frontier Corps, but commandos and regular troops have also been used in the military operations from time to time. The army is using US-supplied weapons to crush the freedom movement in Balochistan. Earlier this month, the US approved one billion dollars arms sales to Pakistan which includes Hellfire missiles and fighter helicopters. Even Pakistan former ambassador to the US, Husain Haqqani opposed the arms sales in an article in the Wall Street Journal, saying the arms will be used against Baloch demanding freedom and India, not against Islamist extremists.

Kachkol Ali accuses Pakistan of committing war crimes and crimes against humanity in Balochistan, in violation of the Rome Statutes and Geneva Conventions. These crimes include burning alive the freedom activists in coal tar, which has been documented.

Pakistan’s Inter Services Intelligence, while committing war crimes and crimes against humanity with impunity in Balochistan does not even want an open discussion on what is going on in Balochistan. On April 24, human rights defender and activist Sabeen Mahmud, 40, director of an intellectual and arts boutique in Karachi called T2F or The Second Floor, was gunned down just for hosting a talk ‘Unsilencing Balochistan’ in Karachi, the commercial capital of Pakistan. She was warned by the ISI not to hold the panel discussions and was shot dead minutes after she left the venue in a tiny Suzuki car with her mother, who was injured in the gun attack.