A Primer on Economics: the disastrous impact of the Nehru Rate of Growth 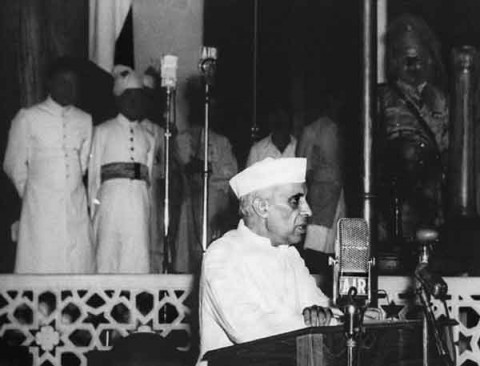 Counterfactuals are generally instructive and entertaining.

But in some cases, it can be deeply distressing to consider them. Those leave us sadder although wiser. And at times they provoke us to anger and outrage because we understand what might have been. That outrage could motivate us to act and thus change what we can. With Omar Khayyam, the lovable old wino and polymath, we would ask about the sorry scheme of things: “Would we not shatter it to bits and remold it nearer to our hearts’ desire?”

What would have been the state of India today if it had followed a different path of economic development?

In the previous instalment of this series,we did a bit of simple arithmetic and came up with numbers that are simply incredibly large. Of course, they are understandably large and still they are hard to believe.That exercise showed that India cumulatively over the years 1947–2009 lost around $120 trillion. Those figures are understandably large because India’s population is huge, and because the period over which the growth was compounded was long.

Our intuition fails us when we are confronted with exponential growth even for relatively short (such as a human life span) period. It is hard to imagine that growing at six instead of 2 percent per year would make the quantity around ten times as large in just 60 years.

The Nehru Rate of Growth

India’s actual rate of economic growth averaged over 60 years is around 2.1 percent per year. I call this the Nehru rate of growth because Jawaharlal Nehru was the principal author of India’s socialist development policy. As I argue that the Nehruvian economic model is one of the greatest manmade disasters in the world.

Nehruvian socialism was totally flawed, and the misery that it caused (and still causes) was entirely avoidable. Considering the present state of India is distressing but it is useful if considered side by side with an alternative that was possible. The counterfactual has to help move us to take a different path. Later on in the series, we will discuss what we have to do.

In the alternative scenario, I used a 6 percent long-run average annual per capita growth rate. Is that reasonable? Yes it was easily possible, and what is more, it still is. India is large, just like China. In 1978, they were both at the bottom of the economic heap, neck and neck in most measures of economic development.

China got lucky and its leader Deng Xiaoping (1904 – 1997) steered China out of the socialist trap and made it into a market economy open to foreign investment. China’s economic growth was impressive, to say the least. Over a period of 30 years, it grew at an average around 8 per cent annual growth rate. Today China’s economy is at least four times larger than India’s.

India could have easily become a market-oriented, open economy by 1950. If India — or rather its political leaders — had done so, it could have easily achieved an average 6 per cent annual growth rate for 60 years to become at present a middle-income country. India’s per capita annual income could have been around $10,000, ten times of what it actually is. Its GDP could have been $11 trillion, and India, instead of China, would be the largest economy in the world second to the US.

Had India followed the alternative model, mass scale poverty would have been history in less than a generation. Today, the problem of poverty is much harder to solve because the solution has been delayed so long.

Mass scale poverty has its fellow travellers. India has the largest number of illiterates in the world. India has the largest number of malnourished people in the world. Reports indicate that around half of India’s children below the age of five are malnourished. The overwhelming number of Indians do not have clean drinking water, access to toilets, access to schools, healthcare . . . the list is long and heart-breaking. Rural Indians eke out a Hobbesian existence: “solitary, poor, nasty, brutish and short.” Indian farmers are a distressed lot, and one famous journalist has made his entire career solely by reporting on farmer suicides.

Certainly there’s more to life than economic growth. Economic prosperity is not sufficient but it is absolutely necessary when hundreds of millions are trapped in poverty. China provides evidence that six per cent growth is possible for a large country. India had all the necessary precondition – except one – to have become a middle-income country by now. If it had, this is what we would have had. (We will explore that one missing factor later in the series.)

With six per cent annual growth over a long period, amazing things happen. Income growth has two effects. First, it allows greater consumption. That itself is a good thing if one is below the world average (or at least below a certain minimum.) The second effect of a large income is that savings can be larger – which means that investment can be higher. What you don’t consume, you can invest. This is true both of an individual and a collective.

Individuals grow their assets with savings. They end up with houses and other durable goods, all of which makes life more pleasant and people more productive. Similarly, with higher income, national assets increase. Nations can invest in assets such as manufacturing facilities, and infrastructure such as needed for transportation (roads, ports, railways, airports), housing, water supply and waste management, power generation, heavy machinery, facilities for hospitals, schools and universities, recreational, tourism, etc.

All assets have positive feedback effects: the more you have, the more productive the economy becomes, which raises incomes, which then go on to increase the investable savings for building more assets.

The important point to note here is that positive feedback effects reinforce positive trends and brings about structural and demographic changes in an economy.With higher incomes, fertility rate goes down. It is certain that India’s population would have been lower than the 1.2 billion today had India’s economic growth had been six per cent a year.

Creative people create wealth. And so the wealth grows. How many potential Aurobindos, Jamshetjis, Ramans, Vivekanandas, and Chandrashekars have toiled untutored in the unyielding agricultural soil of India? We just don’t know but the numbers must be staggering. It hardly bears imagining.

The opportunity cost of India’s disastrous socialist policies has been approximately $120 trillion, as the simple exercise demonstrated. Our limited powers of imagination cannot cope up with numbers of such magnitude. We are incapable of imagining trillions.

The Nehru rate of growth has cost India an estimated $120 trillion. Part of that income would have created infrastructure and other durable assets by now. We would have probably had the best and biggest high speed railway system in the world.

We would have had the largest and the most productive educational system in the world. Even things we don’t consider very important – number of Nobel prizes, gold medals in the Olympics, number of world class movies – would have been a reality because all those things require disposable income.

Given its large population, India could have been the world’s factory, producing cars, computers, TVs, white goods, furniture, and everything. India could have been the home of huge multinational conglomerates, producing big things such as container ships, and commercial jetliners. It could have been one of the world’s great trading nation – with its share of world trade around 25 per cent, instead of the around 2 per cent Nehru rate of trade. But that was not to be: Nehru’s brilliant autarkic economic policies closed India to international trade.

Walk into any bookshop in India and you will see books about “India shining” and “India imagining.” Check out newspapers, magazines and TV, and you will find lot of people talking about trivial stuff. Take the matter of public corruption. They think that the corruption counted in the thousands of crores is a big deal. It isn’t. It isn’t a big deal compared to the real loss of tens of trillions of dollars. It is a failure of imagination on a colossal scale.

To the best of my knowledge, no one has ever estimated the loss to India from Nehruvian socialism. His name is celebrated in India, and his descendants continued to rule India as their fiefdom. Yet it is demonstrable that he has been the greatest impediment to India’s success in the modern world.

If we ever understand how incredibly damaging he has been for India, his descendants will have to take the flight to Italy, stopping on their way in Switzerland to pick up some cash. But that day will not come until we wake up and understand why we allowed this to happen.