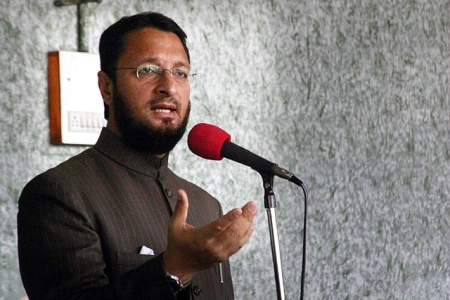 This is a compilation of some of the key points that prominent Indian Muslims leaders have spoken about Hindus. IndiaFacts thanks its reader and contributor, D.C. Nath for sending us this list.

Hindus shouldn’t make the mistake of considering Indian-Muslims any different from the Pakistan-Muslims. If India may dare to attack Pakistan, then 25 crore Indian Muslims will join Pakistan Forces and fight against India.

Hindus do not have any rights to vote in Arab, Pakistan or any one of the 56 Islamic Nations. I challenge: has even a single Hindu the strength (guts) to impose restrictions on our (Muslims’) voting-rights in India?

In Hyderabad, our Muslim population has crossed 50%, and now we are in majority. Therefore I demand the Administration to impose restrictions on celebration of Hindu festivals such as Ram-navami, Hanuman Jayanti etc. In the Bhagya-Lakshmi temple, near Char-Minar, we have already shown our strength by stopping the ringing of the Bell/gong.  We Muslims will ensure that this temple is also destroyed.

Hindu-Leaders may wear a Muslim cap any number of times, but we Muslim-Leaders will never put a Tilak. Let Hindus may give any amount of respect to our Namaz, but we Muslims will surely boycott “Vande Matram”, because in Islam both Secularism & Patriotism are haraam(prohibited/unclean).

Muslims have ruled India for 1100 years. Lacs of Hindus were beheaded. Crores of Hindus were converted into Islam. We divided India, and snatched Pak & Bangladesh. Demolished 2000 temples and converted these into mosques. It is out of our fear that Hindus even today chant: “Hindu Muslim Bhai Bhai”.  This is the strength of Islam.

Let Hindus consider Cow as a Mother, even then we Muslims will surely cut the Cows, because sacrifice is Muslims’ Religious right. Allah demands Sacrifice. Muslims don’t fight an oral-war, we do everything directly with our might. We are not afraid of any ruler or Government because we the Muslim community have already grown sizably. If any mother’s son intervenes, we will deal with him, but we will certainly cut Cows.

In the face of our strength (might), Hindus are not able to build even a single Ram-Temple in their own country. Do Hindus have the spunk to even stall the construction of a Mosque in Saudi-Arabia, Pak or any one of the 56 Islamic countries?

Hindus don’t have the spunk to stop infiltration (illegal) of our Bangladeshi Muslim brothers into Assam; we will continue to come (infiltrate).