R.K. Singh is anti-RSS and anti-BJP 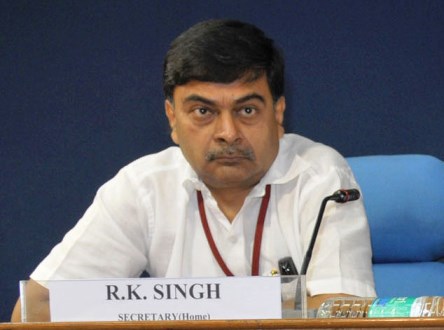 Two days after Mr. Shinde made this claim, the then Home Secretary Mr. RK Singh backed Mr. Shindhe’s statement by saying that the government had names of at least ten people involved in several blasts, who were associated with the RSS.

Responding to a question whether government has any evidence linking RSS with any person involved in any terrorist strike anywhere in the country as claimed by Shinde, the home secretary said, “We have evidence against them. There are statements of witnesses”. (Times of India, 22 January 2013)

The Times of India report quoted above continues:

…Incidentally, Singh did not take name of the RSS senior leader Indresh Kumar whose name is there in the NIA’s chargesheet as one of the “suspect” in the Samjhauta Express blast case – an indication that the investigating agency hasn’t any corroborative evidence against him so far.

It is a different matter that there have been no convictions whatsoever by any court of the country on the chargesheets filed by the NIA. In the remaining cases, chargesheets have not even been filed.

But the point for consideration here is this: why did Mr. RK Singh who as Home Secretary, had claimed that the BJP and the RSS had terror links, and then join the very same BJP after his retirement?

This leaves us with only one conclusion: given the fact that the government, till date, has not been able to corroborate its claims on Hindu terrorism by providing legally tenable evidence, Mr. RK Singh’s earlier statement made as Home Secretary was a product of his deep anti-BJP and anti-RSS prejudice coupled with his desire to serve the timely political interests of political executives.

IndiaFacts verdict: From the foregoing facts the fact that Mr. RK Singh bears a strong anti-BJP and anti-RSS prejudice is True.