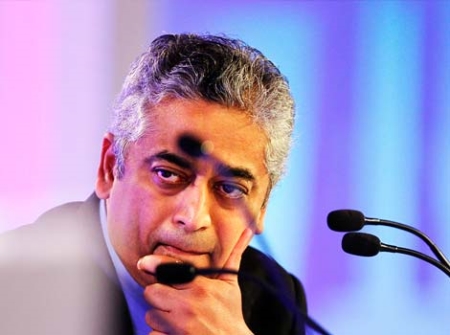 This is a guest article by IndiaFacts reader Rohan Shah, a software professional.

So on a Sunday evening, when a video that caught the so called anti-corruption crusader Arvind Kejriwal ‘sexing-up’ a television interview with a senior TV anchor Punya Prasoon Bajpai in one of the most popular TV news channels went viral, everyone expected it to trigger some honest discussion and reporting.

It was a video in which the interviewer, Punya Prasoon was suggesting to the interviewee on what to speak that ‘80% of the votebank’ would like to hear and how he could highlight references to freedom fighter Shaheed Bhagat Singh in a manner that would sound ‘krantikaari’ (Revolutionary)

So how did the Indian mainstream media report the story? Even while the video clocked more than 500,000 views in less than 24 hours, the news item was tucked deep inside major newspapers and then some token discussion took place in most of the major English language channels. More specifically let us just check what Rajdeep Sardesai, one of India’s most eminent news anchors and Editor-In-Chief of CNN-IBN tweeted:

It’s worth reading the tweet again. The operative word here is not ‘leaked’ but ‘select.’ Sardesai is basically saying that the video has been leaked selectively to discredit rivals and journalists. Even if we agree that there was a motivation behind the leak, how can anyone justify the act of Bajpai in which he was literally acting as a media aide to Kejriwal rather than as an independent journalist? A journalist like any other human has his own biases and political leanings — there is nothing wrong in that. But aren’t the boundary lines crossed when the journalist while working as a news anchor advises a politician on how his interview can be made more ‘revolutionary’ ?

So you would have expected the focus of the debate around the video, right? Wrong! Whenever Rajdeep Sardesai would ask Khetan about the video, he would reply, “why is media not talking about Gujarat development propaganda of BJP, why is media not talking about how huge election expenses are borne out by the two big parties” and so on. And did Rajdeep Sardesai remind him about the topic? Again, no! Despite repeated reminders from Sitharaman about the issue in question, the celebrated news anchor allowed Khetan to to make his electoral speech the way he wanted and evade the question.

Not only that, whenever Nirmala Sitharaman attempted to question the media about its conduct during the debate, the only thing Rajdeep Sardesai did was peddle victimhood by saying he was called a ‘BJP agent’ when he covered the election survey results that had given huge win to BJP. If a question is being asked to someone, should the person take covering fire of what anonymous trolls say on Twitter? Further, Rajdeep Sardesai did not question back Khetan when he claimed that Arvind Kejriwal was only requesting Prasoon Bajpai to highlight specific portions of the video when the fact is that it was Bajpai who said he could make the interview ‘krantikaari!’

The debate was so heavily one-sided that former top cop and veteran activist Kiran Bedi tweeted this to Sardesai:

Further, the other media personality on the panel, N Ram could also hardly find any fault with members of his fraternity. The only issue he had with the media was how some Hindi newspapers covered the Ramjanmabhoomi issue in 1990s! It would be anyone’s guess that he was alluding that it was only the BJP who had illegitimate associations with the media.

Apart from the above commissions, Rajdeep Sardesai also committed several omissions. More than any other party, it is Kejriwal’s Aam Aadmi Party that owes it popularity graph to high media coverage. Should we then conclude that such an exposure has been made possible only due to strong bonds between Kejriwal and other high profile journalists? Should we assume that it was this cozy relationship between Kejriwal and the media that led to immense positive coverage to the party immediately following the Delhi elections? Should we assume that Kejriwal’s famous dharna and subsequent resignation were all part of a strategy devised ‘by the media’ and ‘for the media’?

This was an opportune time for Rajdeep Sardesai to ask such questions to Ashish Khetan who is incidentally AAP’s candidate for the New Delhi Lok Sabha Constituency. By not asking such questions, Rajdeep Sardesai has not only done a disservice to the viewers and citizens but also to his own media industry. Is it just a coincidence that his former colleague, the then Managing Editor of his channel ,  Ashutosh is also an AAP candidate from the Chandni Chowk constituency of Delhi?

To conclude, how would the media have reacted if it was found that Narendra Modi was trying to influence the interview process? How would Rajdeep Sardesai have conducted the debate had Modi solicited the news anchor to do the interview with a slant that would help glorify Sardar Patel?

Would Rajdeep Sardesai have still tweeted that ‘select’ videos were being leaked to damage rivals?