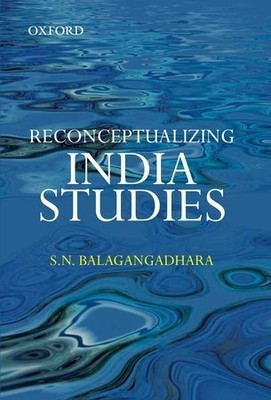 S.N. Balagangadhara Rao, better known as Balu, is Professor of Comparative Culture Studies in Ghent University, Belgium. Balu is a Kannada Brahmin by birth, a former Marxist, and his discourse has a very in-your-face quality.

In his latest book, Reconceptualizing India Studies (Oxford University Press 2012), the attentive reader will see a critique of the Indological establishment in the West and the political and cultural establishment in India. Like Rajiv Malhotra’s recent works, it questions their legitimacy. The reigning Indologists and India-watchers would do well to read it. 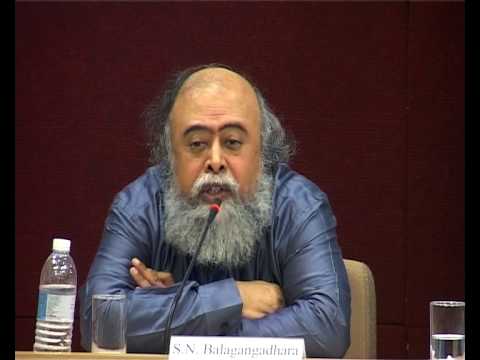 Two of the eight papers that make up the book deal with Edward Said’s influential book Orientalism (1977).

Although Balu was very critical of Said in an article reacting to his uncritical obituaries, here he is quite generous with his praise: “He has provided us with the ‘Archimedean point’ to move the world.” (p.48)

Not a word about the books refuting Said on numerous points of fact and on his interpretative framework, which has the character of a conspiracy theory: all those scholars were only pretending their many viewpoints (often identifying with the culture studied) and were in fact agents of colonialism.

Anyway, to the extent that Said is right, and that the colonial-age Orientalists were being unfair to Asia, we must see the mental constraints on all scholars of that period. The Orientalists were determined by the thinking of their societies:

“Consider the possibility of Albert Einstein’s being born as a contemporary of Thomas Aquinas’s. Would he have been able to formulate the theory of relativity? Given what we know about human knowledge today, our answer can only be in the negative: he would not have had access to the experimental data and the theoretical concepts required to frame his theories. In this sense, even a genius is limited by his time.” (p.46)

Orientalism is a useful notion at least in analyzing Western attitudes to India and Indians in the present. Analyzing the examples of Jeffrey Kripal’s and Paul Courtright’s writings on the Hindu saint Ramakrishna and on the Hindu deity Ganesha, he shows how Western scholarship is marked by fundamental logical and conceptual flaws (such as circular reasoning, proving what has first been assumed) and by the tendency to talk about rather than with Indians. Their trivializing theses are characterized as “violence” (p.135) and “blind” (p.139).

The concept of Orientalism has two roots, one of which was important to understand Said’s personal stake in it, the other to appreciate the concept’s enormous popularity. Like all Middle-Eastern Christians, he was wary of the imperialist designs of Latin Christianity, which he saw as the origin of its secularized expression, the science of Orientalism (which did indeed start with the late-medieval outreach of Rome to the Middle-Eastern Christians).

At the same time, his strongly pro-Muslim sympathy, which took the form of culpabilizing any scholarly critique of Islam as a Western imperialist project, was due to the Christians’ centuries of living as Dhimmi-s (“charter people”, “protected” ones), used to bending before and singing the praises of Islam.

Said’s defence of Islam, over 90% of his book and the topic of several other publications of his, together with his sowing suspicions against Western scholarship, were exactly what trendy Western and westernized intellectuals needed, and what the Islamic world has gainfully instrumentalized since.

Balu does not go into the autonomous precolonial imperialism of Islam, a factor of religious riots in South Asia quite independent of colonial rule and its heir, the secular state. But in several other chapters, he identifies a more contemporary factor of communal violence: the worldview underlying that same “secular” state.

Look at the secularists, who for decades now have gone gaga over Said’s concept of Orientalism:

“Orientalism is reproduced in the name of a critique of Orientalism. It is completely irrelevant whether one uses a Marx, a Weber or a Max Müller to do so. (…) the result is the same: uninteresting trivia, as far as the growth of human knowledge is concerned; but pernicious in its effect as far as Indian intellectuals are concerned.” (p.47)

India has produced intellectual giants like (limiting ourselves to the 20thcentury) R.C. Majumdar, P.V. Kane or A.K. Coomaraswamy, but the Indian secularists are intellectually very poor copies of their Western role models.

The most acute case of “Orientalism” in the Saidian sense is precisely Nehruvian secularism, the consensus viewpoint shared by most established academics and media. Thus, about caste, “Nehru used Orientalist descriptions of the Indian society of his day and made their facts his own.” (p.74)

Citing as example a Western India-watcher, Balu notes that the latter

That is the problem of the existing “South Asia Studies” in a nutshell. It underscores the need for more serious comparative studies, a field in which Balu has been a pioneer.

This critique applies especially to the dominant treatment of India’s “communal” problem:

“When Indian intellectuals use existing theories about religion and its history – for example, to analyze ‘Hindu-Muslim’ strife – they reproduce, both directly and indirectly, what the West has been saying so far. (…) the ‘secularist’ discourse about this issue can hardly be distinguished – both in terms of the contents or the vocabulary – from Orientalist writings of the nineteenth and twentieth centuries.” (p.47)

Secularism is the direct heir of the colonial dispensation.

Balu’s explanation of intercommunal relations in India and the state’s role therein is original and clear. In his opinion, the secular state is not there to curb religious violence, but is in fact the cause of this violence. He focuses on its position in the question of religious conversion, which is forbidden in some neighbouring countries and demanded to be forbidden by many Hindus (both Mahatma Gandhi and the Hindu nationalists). But it is upheld as a right by the Muslims and especially by the Christian missionaries — and by the “secular” state.

The latter clearly takes a partisan stand in doing so; and it would also be partisan if it did the opposite. It is impossible to be non-partisan.

The whole “secular” discourse on “religion” and intercommunal relations is borrowed from Christianity. The basic framework to think about religion is informed by Western experiences and fails to see the radical difference between these and the native traditions: “the secular state assumes that the Semitic religions and the Hindu traditions are instances of the same kind” (p.203).

In reality, Hindus and Parsis don’t missionize and refrain from basing their religions on a defining truth claim. By contrast, Christianity and Islam believe they offer the truth, and consequently want everyone to accept it.

Secularists decry as cheap Hindu propaganda the assertion that Hinduism is naturally pluralistic and innocent of religious strife and exclusivism, which is considered to be typical of the proselytizing religions.

This Hindu phenomenon even affects Alberuni’s own community: there is much more violence between rivaling Muslim sects in Islamic Pakistan than in Hindu-populated India. If the secularists want to promote religious harmony, as they claim, they had better promote traditional Indian values rather than side with Christianity and Islam.

Balu’s theses are uncomfortable and sure to provoke debate. So far, the attitude of the India-watching class and of the elites in India has been to ignore any criticism of their worldview.

But this man’s stature as a leading professor who heads a very active research department in a major secularist university in the West will make many of them sit up and notice.

On the whole, Balu’s thesis is optimistic. He offers solutions to the problems he analyzes, mostly solutions that he himself has already worked out or has been practising for years.

It is not as if any fate condemns Indian policy and academic India-watching to their present prejudices. He also believes in the promise of the age of globalization, and thinks Indians and Europeans genuinely have something to offer each other.

Zomato to Jabalpur Police: Life of Dhimmis in a Halal Economy

Dhimmitude is the consequence of Jihad