No rest for Mr. Modi 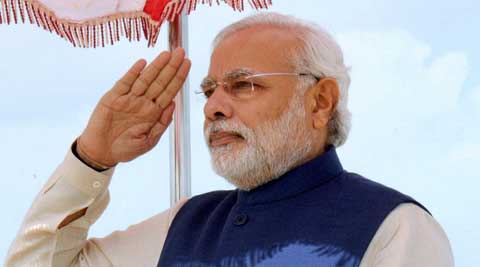 The Narendra Modi regime is focused on speeding up clearances, especially for infrastructure projects, and oiling the government machinery rather than going for big-bang economic reforms. The idea seems to be grabbing the low-hanging fruit, a relatively less controversial exercise, instead of (what he seems to be viewing as) scoring brownie points with passionate reformers and foreign investors. So, his government has allowed ministries to clear projects up to Rs 1,000 crore without the Cabinet nod—a five-fold hike in the upper limit. The efficacy of the move can be tested only after some time. Multinational corporations are not quite pleased, though.

So, on September 12, Road Transport & Highways Minister Nitin Gadkari gloated over the removal of various regulatory hurdles to highway projects worth Rs 1.5 lakh crore and the imminent launch of infrastructure projects totaling Rs 2 lakh crore. “We have cleared bottlenecks. It is easy to construct express highways but difficult to get environment clearance,” he said addressing the annual convention of Society of Indian Automobile Manufacturers.

Gadkari’s optimism emanated from his reliance on efficiency, which he believes is his government’s strength: “We are fast-tracking the decision making and weeding out corruption and red-tapism from government functioning besides introducing innovation.” The belief in efficiency is not ill-founded, for Modi is not known as a good administrator for nothing.

But the markets, international business, and liberalizers did not root for Modi just for efficient administration. Nor did they support him for pusillanimous action—euphemistically called ‘calibrated change’—and continuity with (infinitesimal) change; they didn’t want him to be the second edition of Atal Bihari Vajpayee, who was at peace with the Nehruvian system. They wanted and want him to be the anti-Nehruvian as he appeared to be during the election campaign and before; they want him to exorcise the ghost of Nehru from the nation. This is what he has failed to do so far, the most important failings being the pro-Hamas stance at the UN, the anti-trade posturing at the WTO, and the disgraceful Budget.

The frustration of erstwhile Modi cheerleaders is give way to exasperated outbursts. A couple of days after Gadkari made the self-congratulatory remarks, Vodafone India chief executive Marten Pieters termed the country’s telecom sector “simply a mess.” At a conference in New Delhi organized by The Economist, he went on compare China with India: “Last year China invested $50bn in its networks. We did five [$5bn].”

And, of course, he also elaborated about the trials and tribulations his own company has faced in our country. Nine months ago, it sought an advance tax ruling—and hasn’t got any till date. “Last week,” Pieters said, “I got the news that the officer dealing with the file has retired.”

Financial Times of London reported, “Indian and foreign business leaders who backed Mr. Modi in May’s election because he offered a change from a decade of corruption and indecision. Yet many now fear he is squandering his strong mandate. They are also appalled by his government’s failure to rescind retrospective legislation and rulings that have left multinationals confronted with surprise tax bills running into billions of dollars.”

Modi wants to control the pace of change; problem is that businessmen, domestic as well as global, are becoming restless with the pace, despite their obvious fondness for the man.

Having fought many a battle after the 2002 Gujarat riots, perhaps he is a tad combat-weary and wants to rest a bit—rest on his laurels, even if for awhile. And make no mistake about it, he has many more wars to fight, in the domains as varied as economy, governance, defence, and foreign affairs.

Unfortunately for him, prioritization according to his own convenience or caprice is not a luxury that he can afford. He may not like to fight all the battles all the time, but this is his destiny, a destiny he has chosen himself for himself—by his tall claims, big promises, and grand rhetoric. He may be interested in the low-hanging fruit, but nothing grows in a wasteland—neither the low-hanging nor the high-hanging fruit. The Nehruvian Consensus, especially its revival during UPA rule, has polluted the business environment so much that doing the same thing in a better way will not do. The need of the hour is total change and complete breach from the past.