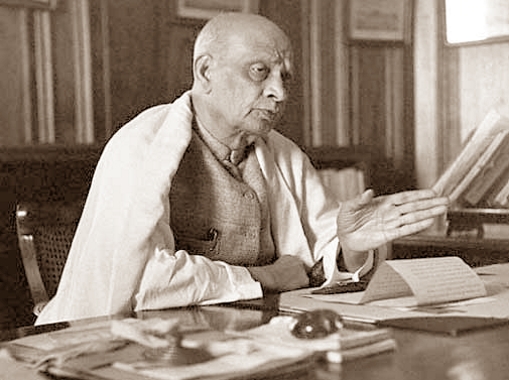 Anyone can become angry – that is easy. But to be angry with the right person, to the right degree, at the right time, for the right purpose, and in the right way – this is not easy.

Daniel Goleman starts his book ‘Emotional Intelligence’ with this quote. While reading the above quote, one person comes immediately to my mind – Iron Man Sardar Vallabh Bhai Patel.

Let me clear some of the most common misconceptions at the outset. First, emotional intelligence does not mean merely ‘being nice’. At strategic moments it may demand not ‘being nice’, but rather, for example, bluntly confronting someone with an uncomfortable but consequential truth one may have been avoiding. Second, emotional intelligence does not mean giving free rein to feelings – ‘letting it all hang out’. Rather, it means managing feeling so that they are expressed appropriately and effectively, enabling people to work together smoothly toward their common goals.

The meeting between the Hyderabad Nizam’s representative Kasim Rizvi with the Sardar is one of the best examples of Sardar Patel’s Emotional Intelligence. The conversation between Patel and Rizvi, as quoted by Rafiq Zakaria in his book ‘Indian Muslims’, ran somewhat as follows:

“Why don’t you let Hyderabad remain independent?”, asked Rizvi. “I have gone beyond all possible limits. I have conceded to Hyderabad what I did not concede to any other state”, replied Sardar. “But I want you understand the difficulties of Hyderabad”, insisted Rizvi. “I don’t see any difficulty, unless you have come to some understanding with Pakistan”, the Sardar answered. “If you do not see our difficulties, we will not yield”, cried Rizvi, working himself up to a state of excitement, “We shall fight and die to the last man for Hyderabad.” “How can I stop you from committing suicide if you want to?” was the Sardar’s cool and blunt response.

Kasim Rizvi had made a speech few days before meeting the Sardar stating, “If the Indian Dominion comes to Hyderabad, it will find nothing but the bones and ashes of one and a half crores of Hindus.” After the ‘Police Action’ when the Indian forces marched into Hyderabad, there was no resistance.

On another occasion, the Nawab of Bhopal wrote a letter to Sardar announcing his decision to accede stating, “Now that I have conceded defeat, I hope you will find that I can be as staunch a friend as I have been an inveterate opponent”. In reply, Sardar wrote, “Quite candidly, I do not look upon the accession of your state to the Indian domain as either a victory for us or defeat for you. ….You deserve full credit for having recognized the soundness of the position.”

The most convincing, powerful arguments speak to the heart as well as head. Sardar Patel is a great role model for learning Personal Competence (Self Awareness, Self Regulation, and Motivation) and Social Competence (Empathy and Social Skills) in the social domain.

Sardar Patel had emotional awareness as well as the ability for accurate self assessment. Sardar Patel exhibited self control, trustworthiness, conscientiousness, adaptability and an innovative mind set.

Menon further mentions in his book that Sardar Patel’s attitude was certainly very different. He was definite that the government of India should honor all the commitments which it had made to the rulers of the Princely States. He regarded them as ‘co-architects’ and was anxious to retain their goodwill, to utilize them as partners in the work of national consolidation and reconstruction. He once told the young Raja of Ranpur that instead of diving in a narrow well, the ruler would be better served to swim in an ocean.

After  announcement of the partition, the rulers on the Indian side of the border realized that they should strengthen the Indian union and so were gradually coming into the constituent assembly. However most of them were not comfortable with the idea of surrendering their sovereignty. In the statement defining the attitude and policy of the Government of India towards the states Sardar Patel said, “We are all knit together by bonds of blood…..none can segregate us into segments;….I suggest that it is therefore better for us to make laws sitting together as friends than to make treaties as aliens.” The Sardar’s statement was the influencing catalyst, collaborative and cooperative. It was about building bonds, team capabilities and leadership.

Emotional intelligence is defined as the ability to monitor one’s own and other people’s emotions, to discriminate between different emotions and label them appropriately and to use emotional information to guide thinking and behavior. The Iron Man of India was the master of Emotional Intelligence.

Sardar Patel was also called the Iron Man because he could call spade a spade. As a true leader he had cautioned India “It will be folly to ignore realities; facts take their revenge if they are not faced squarely and well.”