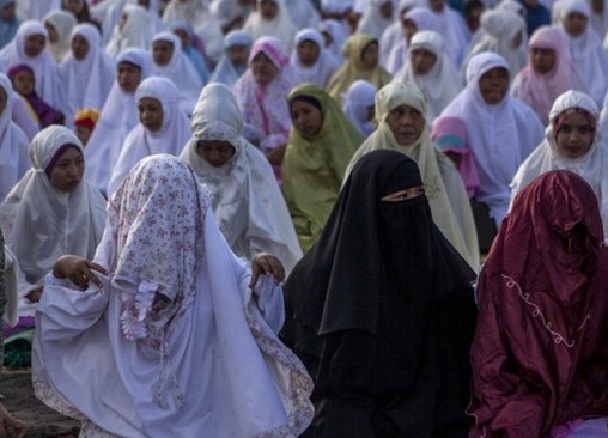 India is probably the only country, wherein the concept of secularism is most perverted, both in principle and practice. After Independence, India, first borrowed this alien principle, without giving a thought regarding its necessity and applicability in Indian society, and then perverted it beyond measure to selectively implement it for petty political ends, with disastrous results.

Secularism, in simple terms means ‘separation of State and Religion’. That is, religious concerns will not dictate State policies and the State will not interfere in religious activities. This concept of secularism originated in the European society, necessitated by the constant struggle for power between the Church and the Monarchy. Secularism was thus, a unique solution in response to unique challenges prevalent in Western civilization in general and European society in particular.

Since, Indian civilization, being rooted in the concept of Dharma, wherein even a ruler is subjected to its tenets and answerable to his citizens, no dichotomy between religion and government ever existed. More importantly, the very concept of religion as understood in Western (Abrahamic) civilization is alien to India. Sanatana Dharma is not merely a religion bound by certain principles of faith, instead it is a way of life based on eternal principles that sustains all life- individual, social, ecological, and universal. Thus, sacred as well as secular, social and political as well as religious and spiritual, all aspects of life derive their sustenance from Dharma. Thus, dichotomies like religion vs. science, state vs. church, etc., which were an important force in the European society, never even sprouted in India.

Yet, ignoring these realities of Indian civilization, the Indian leaders, after independence, first imported secularism into India and then perverted its tenets and selectively implemented them in appeasement of certain ‘minority’ communities, all the while being discriminating towards the majority community. How else, can one explain contradictory actions of various state and central governments during the last seven decades?

Let’s take the example of religious institutions like places of worship belonging to various religions. Various state governments, especially in South India have taken control over Hindu temples and are earning crores of rupees from them. This, is a clear violation of secularism, which mandates no interference of governments in religious activities. Add to this the fact that out of the crores that these state governments are earning from temples, only a fraction of the amount is set aside for the maintenance of temples, and the rest is diverted to the government’s coffers. How is it secularism? Now, consider this, the same state governments have allowed a free functioning of Christians and Mosques, without any state intervention in the name of ‘secularism’. Moreover, crores taxpayers money are spent by some of the state governments to help ‘minority’ communities to renovate and build their places of worship.

In other words, the state governments have encroached upon places of worship belonging to the majority Hindu community, all the while allowing churches and mosques a free run. They are, further, looting the money from the temples and then spending taxpayers’ money on the churches, mosques, and the like. This is how secularism- the separation of religion and government- is being practiced in India. But, this perversion of Secularism and discrimination against the majority is, perhaps, most visible in the case of religion-specific personal laws enshrined in our constitution, despite the fact that the Directive Principles call for the eventual adoption of a Uniform Civil Code.

The presence of numerous personal laws goes against the very essence of secularism. Add to this, the fact that the way these personal laws have been enacted, they are completely discriminatory in nature. On the one hand, the Muslim community is governed by the laws, which are largely derived from Sharia and Islamic jurisprudence. Similarly, Parsis have personal law rooted in their tradition. The Jews are not governed by any personal laws, but instead are governed by the dictates of their religion. Christian personal laws are also in sync with their religious tradition. On the other hand, the majority Hindu community is governed by secularized Hindu laws, which are de-rooted from Hindu tradition and practices. Though, custom and usage have been deemed important in the Hindu personal laws, yet through passage of various civil laws like Hindu Marriage Act, 1955, Hindu Succession Act 1956, Hindu Minority and Guardianship Act, 1956 and the Hindu Adoption and Maintenance Act 1956, etc. the rules governing Hindu marriage, divorce, inheritance, etc. have been thoroughly secularized. Regarding the Hindu Code Bills of 1950’s, Dr. Parminder Kaur, Assistant Professor, Guru Nanak Dev University Regional Campus, Gurdaspur, writes in her article thus: “The Hindu Code Bills were a series of laws aimed at thoroughly secularizing the Hindu community and bringing its laws up to modern times, which in essence meant the abolition of Hindu law and the enactment of laws based on western lines that enshrined the equality of men and women, and other progressive ideas.”

Thus, the Hindu community has been forced to shed its centuries-old customs and traditions, whereas minority communities like Muslims are freely allowed to retain their practices. Add to this, the fact that Sikhs, Jains, Buddhists, etc. all come under these Hindu personal laws, and thus are denied personal laws based on their own traditions and practices. It is a different issue that Sikhs, Jains, and Buddhists share a common framework of Dharma with mainstream Hinduism and are deeply rooted in Indian culture and tradition. The point is, just like various communities within mainstream Hinduism have their unique customs and practices, even Sikhs, Jains, and Buddhists have their unique customs and practices, all of which have been discarded and replaced by secularized Hindu personal laws. This is a classic case of discrimination, in the name of ‘secularism’.

The argument here is not that the present secularized Hindu laws are bad for the society, or that Hindus must imitate the customs and practices prevalent in Hindu society many centuries ago. The issue here is one of fairness and equal treatment. Either there should be a Uniform Civil Code keeping with the true notion of secularism, wherein all citizens are treated as citizens, without reference to their religion in civil issues, or there should be as many personal laws as necessary to cater to various local customs, traditions, and practices. Even, if one were to have a uniform Hindu personal law in such a scenario, then it must have enough flexibility and space to accommodate diverse local beliefs and practices among various communities, and these are to be framed after discussions with various religious authorities and community leaders from across the country and be rooted in Hindu religion and traditions. This is definitely not the case in the present scenario, wherein ‘minority’ Muslims are allowed to follow religious principles, whereas majority Hindus, including Sikhs, Jains, and Buddhists, are forced to follow secularized personal laws.

More importantly, there was no necessity to secularize Hindu laws and Hindu society to usher in positive changes that were necessary, according to changing times. These positive changes could have been evolved from within Hindu tradition and culture itself. Hinduism has always been an evolving religious tradition. The presence of numerous Smritis, Dharmashastras, and many other texts, with each putting forward different viewpoints suitable to their own time and space, is the best evidence regarding flexibility and continuous evolution of Hinduism. Ishwar Chandra Vidyasagar, who was instrumental in bringing Hindu Widow Remarriage Act of 1856, accomplished it by putting forward evidences, illustrations, and arguments from within the Hindu tradition. Thus, genuine Hindu personal laws, suitable for present times, rooted in values like righteousness, duty, fairness, equal opportunity to women, etc. could have been easily evolved from within Hindu philosophy and culture, through a consensus arrived after discussions and debate among various religious authorities and representatives of various Hindu communities belonging to different geographical regions. But, short-sightedness and a romance with western ideals and systems of governance, made our Indian leaders ignore Indian ideals and models present within Indian civilization.

This import of secularism, and later its perversion in the form of discriminating personal laws, have done not much good for the minority communities, especially women of those communities, either. Polygamy is prevalent and legally sanctioned under Muslim personal laws, whereas it is prohibited for everyone else. A Hindu woman has an absolute right over maintenance from her husband upon divorce, but a Muslim woman will not get maintenance beyond the period of iddat. Similarly, the grounds of divorce have been detailed and the elaborate legal process have been thoroughly established in the case of Hindus and Christians, but a Muslim woman could be divorced merely by a repetition of ‘Talaq’ thrice by her husband. The Hindu undivided family gets tax rebates, but others are bereft of this benefit. Similar discriminations exist in the case of adoption laws as well.

The gist is, the perversion of secularism, which has resulted in non-implementation of Uniform Civil Code, has not done good to anyone. On the one hand, the Hindu personal laws have ushered in equality and fairness in certain spheres of social life in Hindu society, but have done so at the cost of uprooting Hindu society and legal system from the foundations of Dharma, which is bound to have adverse effects over a long term; on the other hand, presence of separate personal laws for minority communities, has kept them away, especially Muslim women, from gaining any benefits that are available for Hindus.

Ideally, India should have evolved an indigenous social and legal system rooted in Dharma (righteous duty) and Indian civilization. Such, a social and legal system would have developed unique responses to challenges that are unique to Indian society; would have been fair and righteous towards everyone, irrespective of their affiliations; and would have been, at the same time, firmly rooted in Indian civilization. But, since, we have already imported an alien system of secularism, it would do us good if we remove the prevalent perversions and implement it in its true sense by enacting a fair Uniform Civil Code.