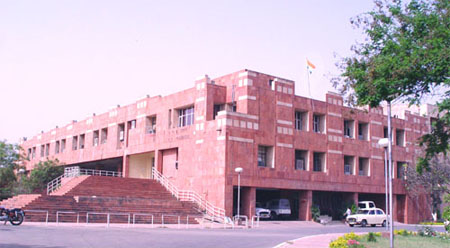 The problem with the current crop of intellectual-dilettantes of the Left-Liberal brand – who wax  eloquent on the need to uproot the evils of “capitalism” and “fascism” while clutching on to “capitalist” and “imperialist” stamps of citizenship – is that they have vocally and viciously blocked all avenues for an alternate voice or a view. Thus allowing a single, uni-dimensional, unilateral and single-layered “Idea of India” to be imposed and perpetuated.

This habit of intolerance and spirit of subversion was evident when a number of intellectuals came out in support of the Narenda Modi-led NDA by asking people to free themselves from the clutches of a reductionist leadership and its intellectual hijackers. That call, made in response to a call given by a section of the “Left-Liberal” types, was suppressed by a section of the media, which prides itself in being called “progressive’ and “balanced.”

In fact, this section has actually thrived on throttling other voices – especially if that voice happens to be an opposing one which talks with some legitimate pride of an Indian civilisation, and its multidimensional achievements. Such a biased and intransigent attitude have always led this group to deny a platform, to mock scholarly qualities in others, to blackout any production that comes from the others, and more importantly, to dub the other as “non-intellectual” or “anti-intellectual”. Unfortunately some of our own have often fallen, by agreeing with that dubbing, in the traps laid by this section. The effect of this intellectual segregation was evident when during the Doniger episode, the supporting voices were given all the talk-space and write-space and were treated with great deference, while the other voice was repeatedly outshouted, silenced and were allowed not more than a few column spaces in some newspapers and online portals.

Joe D’Cruz’s jolting experience of having his book rejected just because he had articulated a deeply considerable political judgment is the expression of that segregationist mind-set.  The other side, however, despite its negative portrayal, does not practice such staunch segregationism, but that attitude of moderation is rarely referred to.  For example, it is unthinkable that any non-Communist Bengali shall stop reading the Telegraph just because its national affairs editor, Manini Chatterjee, is active in CPIM circles or had been – or still is – a card-holder of the Party.

Would we for example, trash all of Buddhadeb Bhattacharya’s plays and dramas and literary qualities, or the poetry and paintings of those artists who were nurtured and used by the Marxist government in West Bengal and all over the country just because Bhattacharya, at the head of a proletarian government in 2007, ordered the firing and killing of hapless farmers who were resisting the forcible acquisition of their lands? Do we for that same reason, debunk all of Professor Prabhat Patnaik’s works and theories just because he tried to justify what can be easily termed, as a pogrom against the proletariat by their own government?

Would we, for example, trash or negate all the achievements of the only patrician-proletarian, the late comrade Jyoti Basu just because he allowed a parallel network, comprising of the “lumpen-proletariat” to thrive and perpetuate an entire system of “crony-capitalism” in his state? Would we, for that matter, insult his hallowed contribution to the growth of democratic systems in the country just because he, as Chief Minister in 1979, presided over one of the worst massacres of Hindus refugees who had come seeking shelter in his state of West Bengal? Did we call for denying him a state funeral for that purpose?

Would we reject or negate the scholar turned politician Yogendra Yadav’s huge corpus of academic output on Indian politics and refuse to read him just because he had conducted his entire election campaign – especially in the communally sensitive region of Mewat – by taking recourse to communally inciting expressions and statements. Just because he frightened the simple people of Mewat with the expression “aag lag jayegi”, will we not continue to read and savour Yogendra’s articles? Just because the majority of his intellectual-co-brothers and sisters kept silent on this rabidly communal avatar of Yogendra, will we also boycott them and call for the EC to take action against them?

Should we take affront and plan to “teach a lesson” to the management of a premier Centre in Lyutens Delhi, controlled mostly by these intellectual-dilettantes, just because it refused permission to one of the senior most journalists in the country for the launch of his book in which he has discussed in detail and with clinical dispassion and analysis Narendra Modi’s model of governance and had good things to say about it? The issue was not the content of the book or the balanced discussion that it would generate – the contentious issue was the praise and therefore it was only right, in their view, that they apply the dividers or blankets of segregation. We were at least happy that such a book had appeared and sincerely hoped that it would add another dimension to the debate taking it to the next level and adding to the intellectual churning which is a welcome sign for any democratic polity. We did not scream that this irrational refusal smacked of “fascism” and “intolerance” and was the manifestation of a deeper agenda of turning India into a Left-Stalinist paradise which only promotes a uni-linear “idea of India.”

We do not take affront against those who, while holding “capitalist” citizenships conferred by “imperialist” powers pontificate in our country on the need to protect, perpetuate and spread Left-of-Centrism. We have no grouse against those who make a career out of demonising “Hindutva” and “Narendra Modi” by “controlling” and ‘regulating” discourse through implementing a method or code of segregationism.

Since we do not indulge in any of these, it is evident from which quarters the threat to our national well-being, prosperity and unity emanates – it is perhaps because the people of India are now starting to realise the true source of that reductionism that these intellectual-dilettantes of the Left-Liberal brand seem to be getting unnerved. Their greatest fear is of being exposed and rejected!