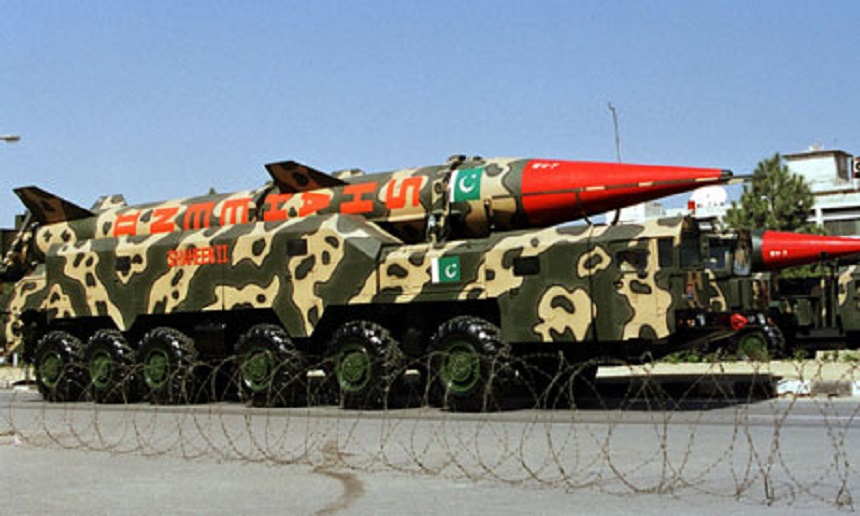 The divide between Balochistan and Pakistan was clear Thursday, the 17th anniversary of Pakistan’s nuclear tests in France-sized Balochistan. Pakistanis, especially in the army stronghold of Punjab observe the day as Yom-i-Takbeer, or Day of Allah’s Greatness, rejoicing that the country became the world’s seventh and world’s Number One Muslim nuclear power. The day was observed with great fervor by Pakistan as Yom-i-Takbeer and prayers were held in mosques for Pakistan’s greatness.

Hamza Sharif, son of Punjab chief minister and nephew of Premier Nawaz Sharif, who is member of Pakistan’s lower house of parliament, spearheaded the celebrations in Lahore, resolving to build the China-Pakistan Economic Corridor. In a TV talk, military veteran Lt General (rtd) Rahat Lateef said the first BJP government in India under A.B. Vajpayee tested nuclear weapons May 11 and May 13 1998 in Pokhran and announced an agenda of arming Indian defense field formations with nuclear weapons and hot pursuit of militants in Azad Kashmir. He said Pakistan’s tests deterred India’s designs.

On the contrary, pro-freedom Baloch parties and organizations observed a black day and shutter-down strike in many towns and cities across Balochistan. Baloch National Movement, Baloch Students Organization Azad and Baloch Salvation Front observed May 28 as a ‘Day of Mourning’ to condemn Pakistan’s deadly nuclear tests, according to Baloch media sources.

Protest rallies and demonstration were held in Balochistan’s capital Quetta, Kalat, Nushki, Chagai, Panjgur, Turbat, Mastung against the Yom-i-Takbeer. The protesters chanted slogans against Pakistan and the nuclear tests.

As social media activists of the Baloch Diaspora, along with BNM, Baloch Human Rights Council and other allied organizations launched a highly effective online campaign on twitter, angry mobs also burnt tires to block the roads in Panjgur, Noshki and other adjoining areas. In Turbat and Dasht Baloch women and children also took part in anti-nuclear rallies.

In a statement to the press the BSF said, ‘The effects of nuclear radiation has spread in district Chaghai. Live of millions of people are at stake and there is an acute shortage of clean drinking water in many villages. Millions of worth plantation and farms were also destroyed because of the nuclear radiation. Many people are forced to migrate to different locations as the region is badly suffering after drought.’

Abid Sanjarani the leader of a local social organisation, Chaghai Rights Movement (CRM), said that because of nuclear tests the level of underground water has decreased and people are suffering from mysterious skin diseases.

Pakistan chose the Koh-i-Qambaran, or Mountain of Friends, range for these tests. On the afternoon of May 28, at 3.16 pm Pakistan exploded its nuclear bomb in Balochistan amid slogans of Allah Akbar, the global war cry of Muslims. Balochstan’s beautiful black Koh-i-Qambaran turned into yellow rubble amid applause and dancing of Pakistanis.

In London, former communications and works minister Hyrbyair Marri told a protest rally outside the UK Parliament that Pakistan has ganged up with ‘big thief and robber’ China and is trying to build roads in Balochistan to shove the Baloch into extinction.

He accused Islamabad planning to bring in Punjabis and other Pakistanis to settle in Balochistan and invite the Chinese in to further loot Baloch resources and erase their national identity.

‘This is their main thinking and strategy and now its our national duty to let the world know about what is happening in Balochistan and at the same time struggle to defend our homeland, because now is the time,’ he said, adding, ‘If this time we fail to defend our homeland then there will be no chances left. We don’t do this now we will lose our chance of survival.’

Mr Marri, who was a government minister in Balochistan at the time Pakistan conducted its nuclear tests, had a week before those tests asked Islamabad not to destroy his homeland. He told the generals in a press statement that if they had such great mercenary and warrior-like aspirations then they should conduct the nuclear tests in their own backyard, and not on Balochistan territory.

Mr Marri lamented that the nuclear tests have destroyed the environment and ecology of his homeland beyond redemption. ‘In the last 17 years, the tests wrought huge destruction on the land and environment. There have been outbreak of diseases, the tests polluted our lands and the underground water sources have been contaminated. Locals now do not have access to water,’ Mr Marri lamented.

He said Pakistan forcibly occupied Balochistan in March 1948 and has been killing the Baloch since then. ‘Alongside the killings, they started the loot and plunder of our natural resources: gold, copper, natural gas, everything. On top of the loot plunder and thievery, they tested nuclear weapons 17 years ago.’

Mr Marri called upon Baloch people to unite and think about the sacrifices of the comrades and martyrs and carry the struggle onwards ‘until freedom and victory.’ He said all youths have to come together because if we do not unite now and remain divided and split into factions, then only enemy will gain from it.

He said the Baloch struggle is aimed at defending their identity, ports and resources. He said those who are siding with Pakistan today are working for their own personal and political interests. He asked the Baloch not pay any heed to such opportunists but to ‘follow the way who gave sacrifices and their lives for the sake of Balochistan.’

He expressed serious concerns over Pakistan army and China’s plans. ’Now they are trying to bring in the bigger thief China, so that they will bring Punjabis and others into Balochistan,’ Marri said. He was pointing out to the nearly 50 MoUs that China and Pakistan signed in Islamabad last month with the primary aim of connecting Gwadar with Kashgar, under the so-called China Pakistan Economic Corridor plan. Mr Marri reiterated his resolve to continue his struggle against China’s and Pakistan’s designs against his people.

Baloch areas are under Pakistan soldiers’ siege amid reports of brutal army operations in Awaran, Mashkay, Mastung, Kalat and Panjgur that have left more than 100 dead, most of them in custodial killings in just two months now. The dead include women and children. There are widespread reports of looting of Baloch homes and setting them alight all over Balochistan.