Statistics and the spread of Islam 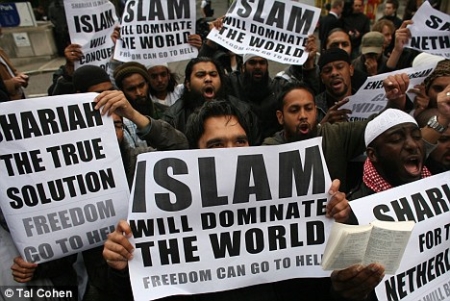 I was surprised at the use of statistics in secularism.

Then it was time for more doses of statistics from another secular leader, ex-Samajwadi Party and now the revoked Congress candidate from Sharanpur Imran Masood: “If Modi tries to make Uttar Pradesh into Gujarat, then we will chop him into tiny pieces…I am not scared of getting killed or attacking someone. I will fight against Modi. He thinks UP is Gujarat. Only 4 per cent Muslims are there in Gujarat while there are 42 per cent Muslims in UP.”

Now I was stumped.

I was intrigued enough to explore the connection of statistics, secularism and Islam, which I found in Dr Peter Hammond’s book, Slavery, Terrorism and Islam: The Historical Roots and Contemporary Threat:

n the following table, the yardstick defined by Dr Hammond has been applied to Muslim population by districts in India. As expected, Dr Peter Hammond’s hypothesis holds true.

To satisfy their blood lust, Muslims then start killing each other for a variety of reasons.

Now, Hindus can forecast their future and make their calculated decision on Secularism and Islam based on these statistics, the same statistics that the likes of Owaisi use to egg on their followers.