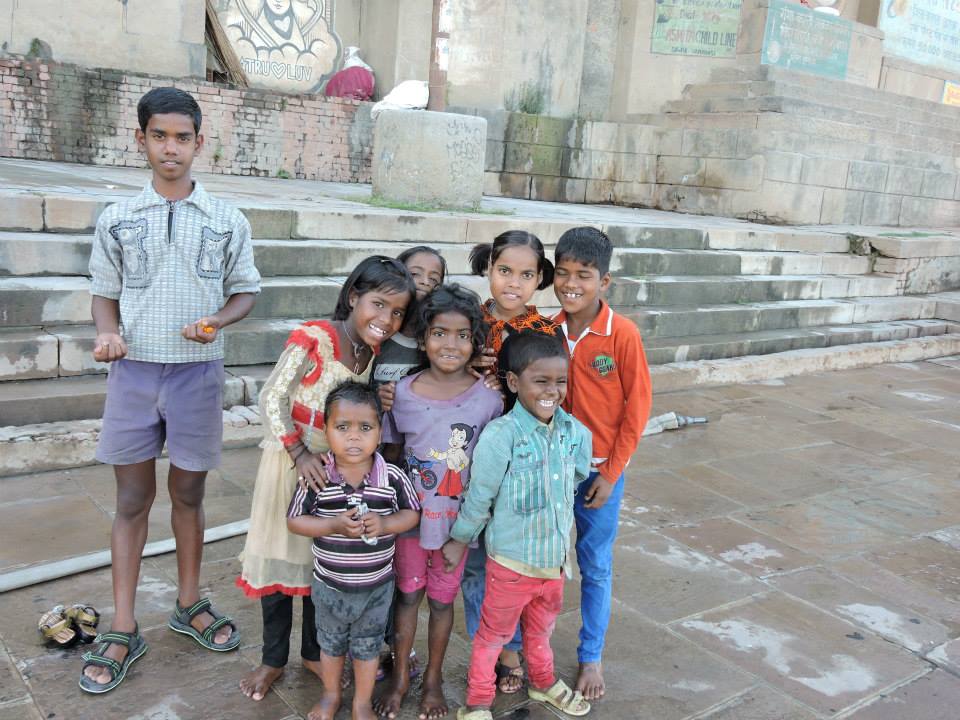 Celebrities like Shobha De made a mockery of Swachch Bharat when they posed with brooms because it was a good occasion for a photo-op. Some like Priyanka Chopra made it count, but being an actor she has the wherewithal to make the effort count and get publicity for it too. However, the real heroes are people like Temsutula and Darshika who have made Swachch Bharat a reality with meagre means.

It all began with an innocuous boat ride in February 2015 by two friends on the Ganga, which is home to many ghats. As these two girls took the ride they spotted an extremely filthy Prabhu Ghat.  Revolted by what they saw, they decided to Clean Prabhu Ghat. Today, almost one and a half months later, Prabhu Ghat is clean and awash with new energy. Mission Prabhu Ghat, the social media campaign has reached 29 lakh unique accounts on social media and has over one crore impressions. No media blitzkrieg enabled this – it was the just the amazing work of youngsters that did all the talking! No mean feat this, considering the fact that this mission began with a fund of Rs.10,000.

IndiaFacts spoke at length to Temsutula Imsong to understand how they accomplished this onerous task on their will power alone.

How the journey began

Meet Temsutula Imsong and Darshika. These two youngsters, who run an NGO named Sakaar Sewa Samiti have been promoting clean surroundings around the ghats since 2012. Explains Temsutula, “Darshika and I have been doing this work since 2012 at the Shooltankeshwar Ghat, which is a bit far from Varanasi. However, a boat ride we took in Feb 2015 changed everything for us. As we passed Prabhu Ghat, the stench was unbearable, even from a distance. This was surprising as we were hearing so much about Ghats being cleaned etc. We decided to check for ourselves by taking a walk around the ghat. I recall vividly the sight that we were presented with. It was disgusting, in fact the most disgusting sight I was ever presented with. Excreta strewn all over the Ghat and every few inches a “sight” that would want to make anyone puke. While Darshika was livid with rage, I felt helpless. There was nothing holy about what we were seeing. We walked back silently, without exchanging a single word.”

However, Temsutula Imsong and Darshika did not let their helplessness sadden them. In fact, this motivated them to visit the place again, this time to do a recce. They wanted to “understand” the gravity of the situation and see the possible measures that they could initiate on their part. Says Temsutula, “We decided to approach the civic authorities first and check out if they could help us. The response was of complete indifference. May be they had bigger things that they were busy with. But this indifference made us more positive – we decided to go ahead on our own and be the change. Darshika and I pooled in some finances – which were shocking for some, unbelievable for most and but for us it is something that makes us smile. We both pooled in Rs. 5000 each.” And with 10,000 began the journey of these two youngsters to clean Prabhu Ghat.

It was Modi who inspired us

Temsutula and Darshika both teach in a school for an hour daily, a thought they say was inspired by Prime Minister Modi. This plus their regular NGO work meant that their mission to clean Prabhu Ghat kept getting delayed. March 14, 2015 changed that.

They decided to act and put their plans into action. They used the social media and crowd sourcing to gather volunteers to do the clean-up of the Ghat and gave themselves a deadline of March 22. They spent the next few days interacting with locals and deliberating on how to maintain the places once cleaning was done. It was also decided to use the hash tag #MissionPrabhuGhat on Social Media. “On March 18, we started with #MissionPrabhu Ghat . We were also joined by our fellow volunteers – Manish Dhar Dubey, Shreyash Singh, Ayush Mishra, Anurag Singh, Ankit Pandey, all of who believed in the same dream. They gave us strength and support and the results were beyond our wildest imagination. This is how it started and the results are for all to see!”

However, while the mission got unbelievable support, the youngsters say it would not have been possible if the Prime Minister had not started the Swachhata Abhiyaan. Temsutula explains, “I have no hesitation in acknowledging that Narendra Modi ji’s vision was an inspiration. Even small kids on the ghat were saying – “Swachch Bharat Abhiyaan ke liye aaye hain!!” This speaks of the reach of the vision of our Prime Minister. And very few refused when we requested people to spend some time cleaning the Ghat. The Clean India vision was acknowledged, accepted and also imbibed to some extent, by society. We could see that and credit for this must go to Narendra Modi.”

We ride on just positivity

It’s often thought that a lot of money is required for these kinds of missions. But when the clean-up mission was on, Temsutula tweeted, “Rs 2100 and two ghats shining.” Ask Temsutula how they managed it and she says, “Our total expenses were Rs 2700 by the 4th day. This was not possible had it not been for the kind people who pitched in. We were lucky. We managed to get nice people to do the initial cleaning with us. The labour costs were to the tune of Rs 1800 and about Rs 900 was spent on purchasing gear like brooms, buckets, phenyl, trash bags, masks etc.”

While this success has spurred them on to do more, ask Temsutula if they ever felt wary that this drive will meet with negativity? “We have been doing small things with Sakaar,” says Temsutula, “and we have learnt that there will be people who will nitpick for just no reason. Such people are always there. We came across people mocking us, ogling at us and passing lewd comments. On social media there were some who were constantly trying to paint the entire effort in a bad light. We decided to ignore them and focus on the people who stood by us and that took care of all the negativity as we were surplus on positivity.”

Recalling an incident that resonates this positive thought, Temsutula says, “You must have seen kids were part of this cause. There is a story behind this. We had visited these Ghats so many times that we became a common face for the kids who play there. Every day when we went around they accompanied us. And no amount of convincing could make them stay away from cleaning the ghats. We wanted them to watch us and not clean but we had to give way owing to their enthusiasm. One day when a man was peeing, these small kids started shouting and taunting him, they almost chased him away. I will always remember that scene. A well-built man, got actually scared as he was shouted upon and chased by these small, enthusiastic kids. Darshika and I still laugh when we remember this! With such a positive vibe, negativity had no place for us.”

We saw the power of social media, not mainstream media

The ghat is now shining, spic and span. Do they ever wish that such positive stories were highlighted more in the mainstream media so that common people get inspired? Temsutula opines, “I have almost stopped reading newspapers and watching news. They give the impression that there is nothing good happening in this world. But you will be surprised to know that the #MissionPrabhghat tag reached more than 29 lakh unique accounts on Social Media, and garnered over 1 crore impressions. And the media did not get wind of it! Tells a lot about how things work! If it’s picked up by MSM it will surely be good and will inspire many, but we are focussed on our task anyway. We are thankful to social media as it gave us an opportunity to reach people directly and spread the word without any compromises or pre-decided scripts. We saw the power of social media in this.”

Finally, do they see a challenge in maintaining cleanliness and how do they plan to keep this ghat clean? “We want to make Prabhu Ghat a model for others to emulate in terms of finances, efficiency, execution and every other facet that concerns cleanliness. For this ghat we have started a practice of making the “offenders” clean the area with the buckets we have kept. The word is spreading fast and we are seeing results. We want people to take ownership of the ghat, so it is free for anyone to work and improve upon.  #MissionPrabhu Ghat  is not over yet, we are trying to get a viable solution to the problem of defecation, and also getting Prabhu Ghat  on the tourist map of Varanasi.”

Well, we are sure that with this dedication that day is not far. For more pics visit: Mission Prabhu Ghat on Facebook