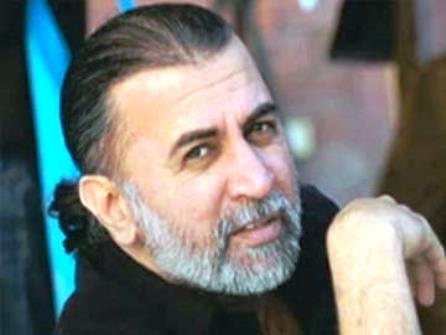 In an interview in 2007, this is how the now-disgraced editor of Tehelka and a leading member of the Psecularati, Tarun Tejpal justified the Godhra train burning incident.

I mean, our investigation reveals that what seems to have happened is that on the railway station at Godhra, there was an altercation between the pilgrims and Muslim hawkers who were selling their wares on the platform. And there was, it seems, an attempt to abduct a young Muslim girl by these pilgrims. Then, in the course of it, altercation. Then, when the train leaves the station, it seems somebody pulls the chain to stop the train, and Muslim mobs from the adjoining slums arrive in large numbers and attack that particular buggy. And in the course of this entire assault, the buggy gets burned down, tragically killing these fifty-nine pilgrims.

Notice how the 59 Hindus who were killed are casually mentioned as though their deaths should be mentioned only as part the footnote. Also notice that the alleged attempt to abduct a Muslim girl is presented as a sufficient reason to torch 59 innocent Hindus to death.

What one cannot notice on reading the above account is that although Tarun Tejpal’s actions are real, his allegations of an attempted abduction by the pilgrims at Godhra are wholly imaginary. Even his claim that the description of the sequence of events resulted from Tehelka’s investigation is a fabricated claim.

The claim about the abduction was put up soon after the Godhra train attack on an Islamist website named ummahnews.com, and an embellished version of this claim did the rounds as a chain email. The email was carefully worded to make it appear authentic and it even listed the names of two reporters, Anil Soni and Neelam Soni, along with their telephone numbers. We know that these claims on the website and in the email are false because two intrepid journalists, Rajeev Srinivasan and Varsha Bhosle, in the interest of arriving at the truth, contacted the reporters named in the email and were told that the allegations were bogus.

Tejpal’s claim that the story about the abduction of the girl was the result of Tehelka’s investigation is not only dishonest but also amounts to plagiarism from an email authored by an unknown person. This would have mattered to him if he was interested in the truth, but seeking the truth has never been the intent of the Psecularati.

In a strange twist of fate, Rajeev Srinivasan’s article is entitled Predatory Intelligentsia. Tarun Tejpal has now shown himself to be a predator and not just in the intellectual sense. He not only seems to have planned the vicious attack on the helpless young woman—someone young enough to be his daughter and someone who has known him since her childhood— but seems to have stalked her and followed up his attack with intimidating threats. His actions have resulted in a strange response from the Psecularati. Salil Tripathi, a leftist who was once on the payroll of Amnesty International, has now written, “…if Tejpal is innocent, he should return with his honour intact to the editorship of Tehelka.”

It is highly unlikely that this young lady was Tejpal’s first victim as his behavior does not seem to be an exception to the rule among the editors in the Psecularati. In 1999, Rediff carried an article by Krishna Prasad entitled Editor the Great. The article described an editor stalking a young journalist and harassing her. The title of the article hints at the name of the editor. While the entire article makes for disturbing reading, what is even more disturbing yet again is the silence from the Psecularati which has not revealed the name of the editor. It is important that the victim of that editor come forward and identify the editor. The country should stand by her if the media gangs up against her. This is the only way that we can fight crimes against women in the media and elsewhere.

It is not that members of the Psecularati don’t know the names of editors who treat women as sex objects and use intimidation and other bullying tactics against them. Apparently, this behavior is part of the Psecularati subculture, and the names of those who harass and molest women is common knowledge among both Indian journalists and foreign journalists stationed in India. When members of this club write about violence against women, it is supposedly a private joke among them in some bizarre way which only they can comprehend. The more dramatic the description of a rape, the more laughs it is supposed to elicit among the Psecularati journalists.

While it can in no way be proved that it was intended as a private joke for the Psecularati, Celia Dugger, a New York Times journalist who has a history of cooking up sordid stories against Hindus and who has quoted Tarun Tejpal in her articles, once wrote a fantastic piece of fiction while describing the riots in Gujarat.

Young women were stripped and raped in broad daylight, then doused with kerosene and set on fire. A pregnant woman’s belly was slit open, her fetus raised skyward on the tip of a sword and then tossed onto one of the fires that blazed across the city.

Mixing fictional descriptions into what is supposed to be factual reporting is by no means exclusive to the New York Times. In the New York Review of Books, Pankaj Mishra (who also writes for the New York Times) rationalized the carnage of Hindus by writing, “Hindu activists were said to have tried to kidnap a Muslim girl and take her into their carriage.” Guess where Mishra got this from? Tarun Tejpal?

The justification of the Godhra train firebombing raises an important question. In the light of the revelations about the rape of a young journalist by Tarun Tejpal, does it now mean that it would be okay for mobs of people to descend upon Tehelka’s office and burn it down?