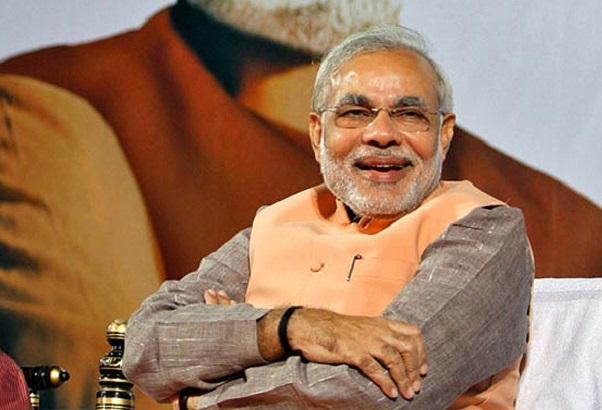 It is over eighteen months since a BJP-led NDA government came to power. Whilst the secularists believe that scams were responsible for BJP’s victory it was also UPA’s disdain for the Indian Civilization that contributed greatly to its loss.

The NDA has symbolically reversed the trend for example, through the celebration of International Yoga Day but is yet to effect legislative change to provide Hindus with equal human rights.

Here is what NDA can do for the Hindu community in 2016.

1. Define Secularism to mean ‘equal treatment of all irrespective of religion’.

The founders of the Constitution deemed it appropriate to use the concept of secularism without spelling out its meaning. The word ‘secular’ was made part of the preamble of the Indian Constitution during the Emergency (1975-77). However, the word was left undefined.

When the Janata Party came to power in 1977 an attempt was made to define ‘secular republic’ to mean a ‘republic’ in which there is equal respect for all religions’. The Janata government had a majority in the Lok Sabha but a minority in the Rajya Sabha where it was voted down by the Congress.

When accepted this would ensure that every Government scheme is equally available to all Indian citizens for e.g. a program to provide cycles to only poor Muslim girls would violate the Constitution.

2. Temples to be freed of Government control.

In most Southern states offerings made by devotees in temples become part of the State Treasury with only a fraction being used on temple upkeep and direct benefit of the Hindu community. Elsewhere the Government effectively controls temple administration.

According to TR Ramesh, President, Temple Worshippers Society Chennai “in Tamil Nadu temples have over 478,000 plus acres of land, 2.44 cr sq feet of property for which the TN HR & CE department gets only Rs 58 crs p.a. In reality income from all temples, mutts would, on a conservative basis generate Rs 6,000 crs p.a.” The four devaswom boards in Kerala have revenues in excess of Rs 1,000 crs p.a. Ditto for other Southern states.

Hindus should be allowed to manage their temples and use its income to preserve their culture, language, script, pay adequate salaries to priests, propagate Dharma, maintain places of worship of all communities covered by The Hindu Marriage Act (i.e. Hindus, Buddhist, Jains and Sikhs) the last three of whom were not considered as minorities when the constitution was adopted in 1950. Only a member of these four communities can be on the Temple Management Board. However, Hindu charitable hospitals and schools would be open to all.

Temples to follow the same rules and regulations that apply to mosques and churches. Hindus seek only Equality before Law as provided for under Article 14 and freedom to manage their own affairs in religion, establish institutions, acquire and administer such properties.

3. Allow Hindus to establish and administer educational institutions like other Indians.

“Whilst strictest supervision can be imposed on majority institutions, the same cannot be done for minority ones. It stands to reason whether such a result was envisaged by the frame of the Constitution”. Indian Constitutional Law by M P Jain pg 659

Hindus must be given an equal opportunity to establish and administer educational institutions like others. There should be no discrimination on the basis of religion.

It is a different matter that the Indian Constitution does not define the word ‘Minority’.

The Congress would not like to lose Hindu votes and can be expected to support the proposed legislative changes in the Rajya Sabha.

4. The word Hindu must be replaced with Sanatana Dharma.

“The word Hinduism is not representative of the original word ‘Sanatana Dharma’ which means ‘the Eternal or Universal Dharma’. Dharma means universal law, the fundamental principles behind this marvelous universe like the Law of Karma. Sanatana means perennial, referring to eternal truths that manifests in ever-new names and forms.” Thus the word Hinduism is properly the Sanatana Dharma.

5. Benefits to Scheduled Tribes should not continue after conversion to Christianity.

Under the Constitution scheduled castes who convert to Christianity cannot avail of benefits available to SC. However, this is not the case for Scheduled Tribes. As a result ST’s have been converted in large numbers in Nagaland, Mizoram, Meghalaya, Manipur, Arunachal Pradesh and states in the Hindi heartland with high tribal population.

This anomaly needs to be removed.

Senior journalist Sandhya Jain wrote, “The UPA Government has quietly relaxed restrictions on the entry and stay of foreign missionaries coming to the country. These restrictions were enforced on the recommendations of the Niyogi Commission, appointed to investigate the activities of missionaries in Madhya Pradesh, which submitted its report to the Union Government in 1956. The missionary visa is issued to those going to India “for a religious purpose”. The creation of a special category of visa for missionaries may legitimately be considered as official patronage for Christian conversions in India.”

Status pre 2012 needs to be restored.

7. Instruct State Governments to follow 2005 Supreme Court Order on use of Loudspeakers. http://www.esamskriti.com/essay-chapters/Noise-pollution,-restrictions-on-use-of-Loudpspeakers-1.aspx

The judgement clearly lays down that no loudspeakers shall be used between 10 pm and 6 am. Further it specifies decibel levels when loud speaker or public address system is used.

Anyone living close to a mosque will know that loudspeaker volumes during Azaan starting about 5.30am violate the 2005 Supreme Court order five times a day. It disturbs the neighbourhood, increases noise pollution and has contributed to worsening Hindu / Muslim relations.

State Governments must promote communal harmony by ensuring 2005 SC order is followed in letter and spirit.

8. Only Non-Resident Indians should be allowed to donate to Indian NGO’s under the automatic route.

A perusal of top fifteen donors to NGO’s under the Foreign Contribution Regulation Act show that the largest donors are consistently Church organizations from U.S. and Europe. http://www.indiandefencereview.com/news/foreign-funding-of-indian-ngos/.

Has the Government of India formally invited them to invest in India OR do they see the West as the sole custodian of poverty alleviation, education and health?

By their inherent nature Indian religious, unlike Christianity and Islam, do not have a ‘exclusivist belief system’. These donors are part of an ‘international institutional conversion war machine’, MNCs of the Religious variety as articulated by ex IITian Sankrant Sanu. http://www.rediff.com/news/column/commercial-mncs-are-checked-so-why-not-religious-mncs/20141219.htm

Thus, India needs the equivalent of a Foreign Investment Promotion Board i.e.  Religious/Charity Investment Board that evaluates proposals by foreign religious and charitable organizations whatever and however good the cause is.

9. Get State Government of Jammu & Kashmir to issue Permanent Resident Certificates to over 2.5 lakh refugees.

These refugees from West Pakistan (mostly Hindus and Sikhs belonging to Schedules Castes) who crossed over to J&K after 1944 but before 1954 were denied Permanent Resident Certificates. They cannot apply for jobs and their children can’t get higher education in the State.

Those in Kashmir Valley who oppose this humanitarian deed on the premise it would change demographics should be told of how the Valley has, since the 1950’s, manipulated the number of assembly seats and population numbers to ensure control over the State.

10. Infiltration from Bangladesh must be controlled

India was partitioned in 1947 because a section of India’s Muslim population wanted a separate homeland.

Since the 1980’s first North-East and now all of India is grappling with Bangladeshi infiltration. This has changed demographics significantly in Assam, West Bengal and is doing so in other parts of the country. Public Interest Litigation filed in the Supreme Court has proved ineffective.

Increase in India’s Muslim population due to presence of Bangladeshis (estimated illegal immigrants atleast 1.5 crs) has caused disquiet amongst the followers of Dharma. The government must stop infiltration on a war footing and find ways to identify /  disfranchise existing immigrants.

Also read India only home for the Followers of Dharma http://www.rediff.com/news/column/india-only-home-for-followers-of-dharma/20150914.htm

Unless the Hindu community is given equal human rights it will not be able to withstand the combined onslaught of Wahhabism and Evangelism. As a consequence Bharatcould become the next battleground between two powerful and violent religions just like Sudan, Nigeria, Yugoslavia or Malaku islands of Indonesia did.