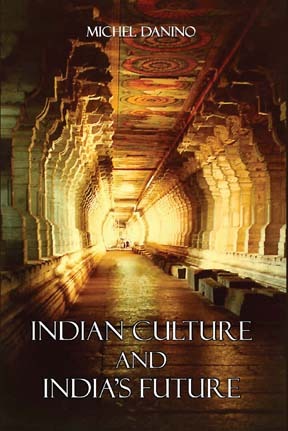 In the clash of two civilizations – for it was undoubtedly one – the European, younger, dynamic, hungry for space and riches, appeared far better fitted than the Indian, half decrepit, half dormant after long centuries of internal strife and repeated onslaught. The contrast was so severe that no one doubted the outcome – the rapid conquest of the Indian mind and life. That was what Macaulay, again, epitomized when he proudly wrote to his father in 1836:

“Our English schools are flourishing wonderfully…  The effect of this education on the Hindoos is prodigious. No Hindoo, who has received an English education, ever remains sincerely attached to his religion… It is my firm belief that, if our plans of education are followed up, there will not be a single idolater among the respectable classes in Bengal thirty years hence…. I heartily rejoice in the prospect.”

Macaulay’s projected statistics failed to materialize; he thought the roots of Hinduism to be shallow, but they quietly held fast. However, this educational strategy did succeed in creating a fairly large ‘educated’ class, anglicized and partially Christianized (often atheicized), which looked up to its European model and ideal, and formed the actual base of the Empire in India.

Came Independence. If India did achieve political independence-at the cost of amputating a few limbs of her body – she hardly achieved independence in the field of thought. Nor did she try: the country’s so called elite, whose mind had been shaped and hypnotized by the colonial masters, always assumed that in order to reach all-round fulfillment, India merely had to follow European thought, science, medicine, industry and sociopolitical institutions.

Six decades later, at least, we begin to see how gratuitous those assumptions were. Yet the colonial imprint remains present at many levels. At a very basic one, it is amusing to note that Pune is sometimes called ‘the Oxford of the East’, while Ahmedabad is ‘the Manchester of India’ – and since Coimbatore is often dubbed ‘the Manchester of south India’, we have at least out-Manchestered England herself. The Nilgiris of Tamil Nadu are flatteringly compared to Scotland (never mind that Kotagiri is called ‘a second Switzerland’), and tourist guides refer to Kerala’s Alappuzha as ‘the Venice of the East’. Also with a view to tickling potential visitors, Puduchery calls itself ‘India’s Little France’ or ‘the French Riviera of the East’. India’s map seems dotted with European places, if slightly jumbled. Things get more trouble-some when Kālidāsa is labelled ‘the Shakespeare of India’, when Bankim Chatterji needs to be compared to Walter Scott or Tagore to Shelley, and Kautilya becomes  India’s very own Machiavelli. Undoubtedly, our compass is set due West. Would the British call Shakespeare ‘England’s Kālidāsa’, let alone Manchester ‘ the Coimbatore of northwest England’ ?

But I think the most disturbing signs of the colonization of the Indian mind are found in the field of education. Take the English nursery rhymes taught to many of our little children, as if, before knowing anything about India, they needed to know about Humpty-Dumpty or the sheep that went to London to see the Queen. More seriously, the teaching is almost entirely based on Western inputs, as though India never produced any knowledge of her own: I am not aware of a single Indian contribution to science, technology, urbanization, polity or philosophy, being taught to Indian schoolchildren. The blanking out of India’s pursuit for knowledge in every field of life is complete.

Higher education is hardly different. Students will study mathematics, physics or medicine without having the least idea of what ancient India achieved in those fields. I have never been able to understand why, for instance, they should not be made aware that the decimal place-value system of numeral notation they use daily is of Indian-origin; that the so-called Gregory series, Pell’s equation or the fundamentals of combinatorics were anticipated by several centuries by Indian mathematicians of the Siddhāntic period; or that Indian astronomers of the same era had developed powerful algorithms that enabled them to calculate planetary positions and the occurrences of eclipses with an excellent degree of precision. It is equally hard to accept that medical students should know nothing of Indian systems of medicine such as Ayurveda or Siddha, of proven efficacy for a wide range of disorders and even serious diseases. If the topic is psychology, the Western variety alone will be taken up, completely eclipsing the far deeper psychology system offered by yoga. Water harvesting is taught as if it were a new contribution from the West, and if it was widely practised from Harappan times onward. I could go on with metallurgy, chemistry, textiles, transport and a host of other technologies.

Our educational policies systematically discourage the teaching of Sanskrit, and one wonders again whether that is in deference to Macaulay, who found that great language to be ‘barren of useful knowledge’ (though he confessed he knew none of it!). It is symptomatic that in the 1980s, a controversy arose as to whether the teaching of Sanskrit was ‘secular’ or not. The Central Board of Secondary Education (CBSE) attempted to wriggle out of it arguing before the Supreme Court of India in 1994 that if Sanskrit was taught, then should not Arabic, Persian, French or German, too, be taught? The Supreme Court bench, directed by a Sikh judge, threw the argument out and reminded us of a simple truth: ‘Without the learning of Sanskrit it is not possible to decipher the Indian philosophy on which our culture and heritage are based… [The] teaching of Sanskrit alone as an elective subject can in no way be regarded as against secularism.’

In the same vein, the Upanishads or the two epics stand no chance, and students will almost never hear about them at school. Indian languages (still called “vernacular”, a word whose root meaning is “belonging to native slaves”) are plainly given a lower status than English, with the result that many profound scholars or writers who chose their mother-tongue as their medium of expression remain totally unknown beyond their state, while textbooks are crowded with second-rate thinkers who happened to write in English.

If you take a look at the teaching of history, the situation is equally troubling. Almost all Indian history taught today in our schools and universities has been written by “native historians who [have] taken over the views of the colonial master,’ as the historian of religion Klaus Klostermaier put it. India’s historical traditions are brushed aside as so many fancy to satisfy the dictum that “Indians have no sense of history.” Indian tradition never said anything about mysterious “Aryans” invading the country from the Northwest, but since nineteenth-century European scholars decided so, our children continue to learn by rote this theory now rejected by most archaeologists. South Indian literature remembered nothing about ‘Dravidians’ being driven southwards by the naughty Aryans, but this continues to be stuffed into young brains to satisfy political ideologies. Saint Thomas never came to south India, as historical sources make amply clear, but let us perpetuate the myth to create an imagined early Christian foot-holding in India. The real facts of the destruction wreaked in India by Islamic invaders and by some Christian missionaries must be kept outside school curricula, since they contradict the ‘tolerant’ and ‘liberating’ image that Islam and Christianity have been projecting for themselves. Even the freedom movement is not spared: as the distinguished R.C.Majumdar and others have shown, no objective critique of Mahatma Gandhi or the Indian National Congress is allowed, and the role of the other important leaders is belittled or erased.

Nothing illustrates the bankruptcy of our education better than the manner in which, sixteen years ago, State education ministers raised an uproar at an attempt to discuss the introduction of the merest smattering of Indian culture into the curriculum, and at the singing of the Saraswati Vandana, a customary homage to the goddess of Knowledge. The message they actually conveyed was that no Indian element is acceptable in education, while they are satisfied with an education which, a century ago, Sri Aurobindo called ‘soulless and mercenary.’, and which has degenerated further into a stultifying, mechanical routine that kills our children’s natural intelligence. They find nothing wrong that maiming young brains and hearts, but will be up in arms if we speak of brining in a few time-tested elements of India’s heritage. They will lament at the all-round loss of values and harangue us about ‘value-based education’, while refusing to make use of what was for ages the source of the best Indian values.

Swami Vivekananda put it in his typical forthright style:

“The child is taken to school, and the first thing he learns is that his father is a fool, the second thing that his grandfather is a lunatic, the third thing that all his teachers are hypocrites, the forth, that all the sacred books are lies! By the time he is sixteen he is a mass of negation, lifeless and boneless. And the result in that fifty years of such education has not produced one original man in the three presidencies. We have learnt only weakness.”

Ananda Coomaraswamy, who wrote at length on Indian education at the beginning of the twentieth century, gave his stark analysis:

“It is hard to realize how completely the continuity of the Indian life has been severed. A single generation of English education suffices to break the threads of traditions and to create a nondescript and superficial being deprived of all roots – a sort of intellectual pariah who does not belong to the East or to the West, the past or the future. The greatest danger for India is the loss of her spiritual integrity. Of all Indian problems the educational is the most difficult and most tragic.”

The child becomes a recording machine stuffed with a jarring assortment of meaningless bits and snippets. The only product of this denationalizing education has been the creation of  a modern, Westernized ‘elite’ with little or no contact with the sources of Indian culture, and with nothing of India’s ancient worldview except for a few platitudes to be flaunted at public functions or cocktail parties. Browsing through any English-language daily or magazine is enough to see how we revel in the sonorous clang of hollow clichés. If Western intellectuals come up with some new ‘ism’, you are sure to find it echoed all over the Indian press in a matter of weeks; it was amusing to see, a few years ago, how the visit to India of a French philosopher and champion of “deconstructivism’ send the cream of our intellectuals raving wild for weeks, while they remained crassly ignorant of far deeper thinkers next door. Or if some Western painters or sculptors come up with some new-fangled cult of ugliness, their Indian counterparts will not lag far behind. And let some Western nations make a new religion of “human rights” (with intensive bombing campaigns to enforce them if necessary), and you will hear a number of Indians clamoring for them parrot-like, unable to realize that even though the primary focus of Indian society was functions and duties rather than rights, it had enough democratic mechanisms to provide for redress in case of abuse.

The list is endless, in every field of life, and if India had been living in her intellect alone, one would have to conclude that she has ceased to exist – or will do so after one or two more generations of this senseless de-Indianizing.