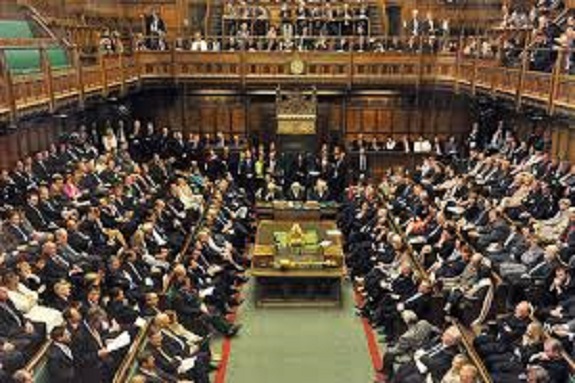 Since 1998, the CSW developed a tactical link with the All India Christian Council. In 2006, it lobbied in favour of one of its board members, the Labor MP Andy Reed to campaign against Indian laws that prohibit fraudulent conversions. In 2007 CSW released a documentary titled India’s Hidden Slavery which misrepresented India’s “caste system anomaly” as a form of human slavery.

In 2008, CSW persuaded Human Rights Watch to condemn the Government of India for the Kandhamal Violence, while ignoring mention of the fact that an 80-year old Hindu monk was brutally killed by Evangelical forces.

The CSW’s influence can be underscored by the fact that they were quoted as relevant sources by the UN Working Group of Human Rights Commission.

Dalit Solidarity Network UK is part of a UK and Ireland based Christian organisation called Christian Aid. Christian Aid provides funding for anti-Hindu groups like Voice of Dalit International. Christian Aid also supports a number of organisations that claim to focus on the empowerment of Dalit communities. They include Activists for Social Alternatives (ASA) in Tamil Nadu and Prajwala (‘society to enlighten’) in Andhra Pradesh. Most of its supporters and donors are hardline Evangelicals.

In 2007, the DSN along with certain US-based Evangelical groups conducted an important conference where they declared that only Christianity can save the Dalits from the tormenting grip of Hinduism.

Two of their most significant members are Jeremy Corbyn and Rob Morris, both British MPs and influential members of the parliamentary committee dealing with foreign investments.

Over the years, the DSN lobbied hard to get a Bill tabled in the British Parliament to recognize caste as a social evil and ran relentless campaigns and rallies to the effect. Ironically, Indians turned up as the greatest numerical group in support of this Bill. The DSN’s efforts finally succeeded when in April 2013, the British Parliament outlawed caste discrimination. Here is how the DSN gloats about their “victory” and a report on this development subtitles it as: Eleventh hour change from the Government turned 1000 protesters into 1000 partygoers.

That is not all. More dangerously, here is how the UK Government characterizes the so-called anti-caste discrimination Bill:

Amendments tabled by Business Secretary Vince Cable in the House of Commons today state that the Equality Act will “provide for caste to be an aspect of race”.

In other words, the same colonial and racist constructs about Hindu society invented as the Aryan Invasion Theory  has now officially re-entered Britain through the same agents as before—Christian Missionaries.

The key objection that needs to be raised by the Indian Government as well as Hindu groups in the UK is this: the issue of caste is completely internal to India and the Hindu society. The UK, much less its Government has no business poking its nose in matters that does not concern it.

LISA shall campaign for human rights of all communities and individuals wherever they be with primary focus on South Asia. We are determined to expose discriminatory policies and actions of any nation that is directed against other nations or against its own people. We are committed to support all genuine freedom struggles. We are a campaigning organisation; it’s what we do. More specifically we are committed to the following:-

All the aforementioned objectives are targeted towards India as one of its allegations states:

The Indian Armed Forces are brutally suppressing at least seventeen freedom movements, killing hundreds of thousands in Jammu and Kashmir, the Punjab (Sikhs), and the states of Assam…….Even today when the non-Hindu majority in India is gaining self-confidence under the leadership of regional and caste-based political parties, the Hindu minority is still able to impose its anti-Islam and pro-Zionist agenda on India.

One of the fonder directors of LISA, Usman Khalid was a retired brigadier of the Pakistan army, which explains LISA’s sympathies with Indian separatists as well as calling Indian leaders pro-Zionist.

Here are some notable articles from LISA. The titles are revealing and self-explanatory:

The members of LISA have also shown support for the millions march on Kashmir and has associated itself with CSW and DSN to paint India as a state that practices apartheid.

Note: These two exposes from IndiaFacts also throw greater light on LISA and its affiliates: