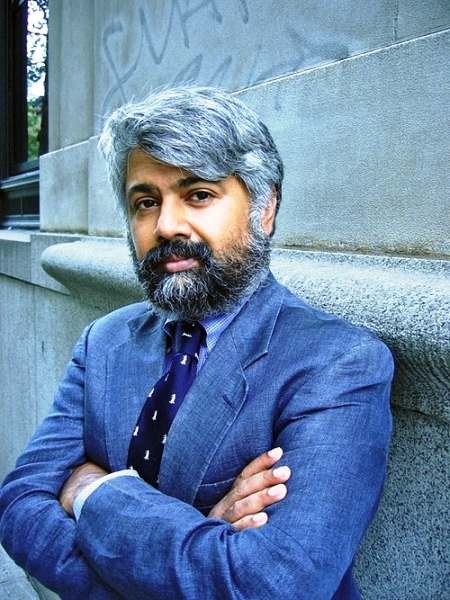 Assertion: In an article in the Daily Beast, journalist Tunku Varadarajan, brother of Siddharth Varadarajan the recently-resigned Editor of the Hindu, makes the following assertion about the Gujarat riots of 2002:

Before his promotion of gargantuan statuary, Narendra Modi was best known outside India as the man on whose watch about 1,000 innocent Muslims were massacred in 2002 by marauding Hindu chauvinist mobs.

First, the facts of what Tunku Varadarajan says in the context of what he alleges as the “massacre in 2002.”

1. In the early hours of 27 February 2002, a train named Sabarmati Express arrived at Godhra, a small town in the eastern part of Gujarat. This train was carrying a host of Hindu pilgrims (or Kar Sevaks) returning from Ayodhya. As the train pulled out of the station, some miscreants pulled the chain, halted it, and began pelting stones. Very soon, a huge mob of Muslims gathered around the train and doused the S-6 coach with petrol and other inflammable substances, and set fire to it. As a result, 58 persons inside the S-6 were burnt alive; this included 25 women and 15 children. For a detailed exposition of the Godhra train burning episode, head here.

2. As a consequence, Hindu-Muslim riots started the next day, on 28 February 2002. Sensing the gravity of the violence, Gujarat Chief Minister Narendra Modi issued shoot at sight orders in Godhra on 27 February, that is, the day on which the train coach was burnt. He also ordered the immediate deployment of police contingents in all the communally sensitive areas across Gujarat. On 1 March, he had already flown in the army, which staged flag marches in Ahmedabad, Vadodara, Surat and Rajkot. For more information on Gujarat Government’s action, head here.

3. After the riots were brought under control and normalcy was restored, various Government agencies began their investigations. On 11 May 2005, Minister of State for Home Affairs Sriprakash Jaiswal tabled an official report in the Rajya Sabha which mentioned that a total of 254 Hindus and 790 Muslims were killed in the Gujarat riots.

These then are the verifiable facts in the public domain about the 2002 Gujarat riots.

From the aforementioned facts, it is clear that Tunku Varadarajan does four things:

1. He deliberately suppresses the root cause of the Gujarat riots–the burning alive of the 58 Kar Sevaks in the S-6 coach of the Sabarmati Express by a Muslim mob.

2. This suppression of facts enables him to mischaracterise a communal riot as a wanton massacre in which “1,000 innocent Muslims were massacred in 2002 by marauding Hindu chauvinist mobs.”

3. His claim that the “massacre” occurred under Narendra Modi’s watch is similarly, an act of suppression of facts. From the aforementioned facts, it is clear that Modi had already given shoot at sight orders on the very day the train coach was burnt, as also his speedy deployment of the army.

4. He fudges the number of the dead riot victims as 1000 Muslims whereas the then Union Minister of State for Home Affairs himself gave a far smaller number in his Rajya Sabha report. Additionally, Tunku omits mentioning the number of the Hindus killed in the riots (254) apart from the 58 Hindus already burnt alive in the train coach. The question that naturally arises: does Tunku regard the lives of those 254 Hindus so inconsequential that they don’t even merit a mention? Thus, while the total number of riot victims stands at 1044, one wonders from where Tunku derived 1000 as the number of Muslims killed in the riots.

It is clear that Tunku Varadarajan is biased against Gujarat Chief Minister Narendra Modi. While he is entitled to his biases, it is both regrettable and unbecoming of a journalist of his experience and standing to base his biases on deliberate falsehood. The biggest giveaway is the fact that after almost a decade of investigations of the riots by various agencies including the Supreme Court appointed Special Investigation Team (SIT), all of which have exonerated Modi, Tunku chooses to demonise Modi by employing despicable journalistic tactics.