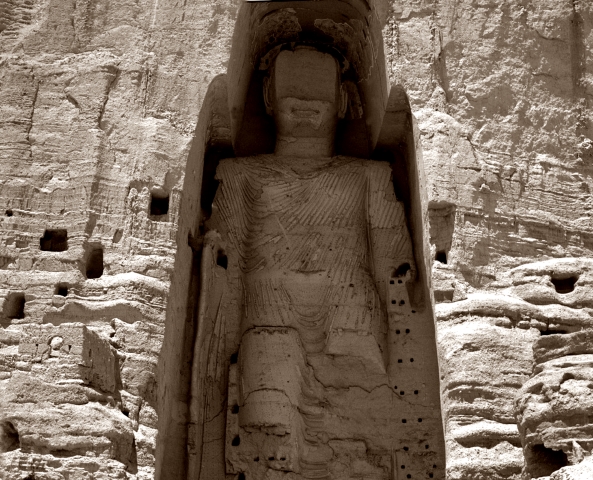 If we want to understand Islam in perspective, there is no better guide than Ram Swarup and Sita Ram Goel. Yes not even Bernard Lewis or Daniel Pipes has done as perfectly as the duo did; their work is marred by their West-centric approach, ignoring the role Islam played in Bharat and the difficult Hindu struggle with it for centuries. Oriana Fallaci has presented the scenario very well on the empirical plane. Addressing those who remained indifferent or illusioned on the Talibani destruction of the millenary Buddha statues in Bamiyan she asked:

Who is next now that the ‘idols’ of Bamiyan have been blown up like the Twin Towers? The other Unfaithful who pray to Vishnu or Shiva, Brahma, Krishna Annapurna?….Do they hate only Christians and Buddhists, those voracious sons of Allah, or do they aim to subjugate our whole planet?

Unfortunately there are still very few scholars in the West to delve into the issue on a realistic plane. As for the Bharatiya scholars and journalists, very few of them have bothered to ask this kind of question. On the contrary in its continuous anti-Hindu intellectual manufacturing project, the Times of India tried to explain the destruction by claiming that ‘the Taliban wanted to draw the attention of the world, so they destroyed the statues.’ That is nothing Islamic about destruction!

It is no exaggeration to say that on the philosophical and historical planes, Ram Swarup and Sita Ram Goel presented a superior analysis of the Islamic malady. To realize all this we must first know exactly and thoroughly whatever has been happening all these decades in every corner of the world- from Afghanistan to Sudan, from Palestine to Pakistan, from Malaysia to Iran,  from Egypt to Iraq, from Senegal to Algeria, from Syria to Kenya, from Morocco to Chad, from Libya to Lebanon, from Indonesia to Saudi Arabia, from Yemen to Somalia. But considering the dictatorships and lack of a free press, can we know all that has been happening in the Islamic world even for the 20th Century alone? It seems the Islamic world would require a hundred Solzhenitsyns to unearth all the crimes against humanity on its own citizens perpetrated in the name of Islam. Only then can one comprehend the hollowness of artificial balancing of ‘both Hindu and Muslim’ communalism/extremism, which is a routine mindless practice in our country. In practice it is nothing but a profound help to Islamic jihadi politics and terrorism targeting Bharat.

[pullquote]It is not without reason that of fifty two Islamic countries in the world today, there is not a single one professing democracy.[/pullquote]

The phenomenon of Islamic terrorism in its modern phase arose in the late 1960’s. Beginning with September 1970, ‘Arab terrorism’ came to be known in the entire world. No academic or journalist, howsoever politically correct, could then imagine balancing that terrorism with anything else. It was original and Islamic. Balancing it with some US, Israeli or Hindu deeds is a much later invention. After the beginning of the Euro-Arab dialogue in 1975, and dubious agreements thereafter, petrodollars came to be poured into the Western media and academia. The money readily brought subtle and not-so subtle messages and conditions. Only then did this kind of artificial balancing begin to appear in print. First in France, then in whole of Europe and in American Universities. Today from Harvard University to the London School of Economics to the Jawaharlal Nehru University, and from the New York Times to The Economist and the Times of India, there are any number of scholars and hacks who compete with each other to explain that anything but Islam is responsible for the acts of Islamic terrorism. That Islam is nothing but basically a religion of peace and brotherhood.

[pullquote]On the philosophical and historical planes, Ram Swarup and Sita Ram Goel presented a superior analysis of the Islamic malady[/pullquote]

That exactly was the refrain of our left-secular hacks and professors towards Ram Swarup and Sita Ram Goel. Keeping the eyes wide shut towards the Islamic nature of so many international problems- violence, terrorism, intolerance- has made the West more vulnerable. It is not the problems attached to gaining insight that made it difficult for the West, but a lack of desire to say the right thing. The same can be affirmed even more assertively about our own country, for we especially prefer the comfortable to the difficult. 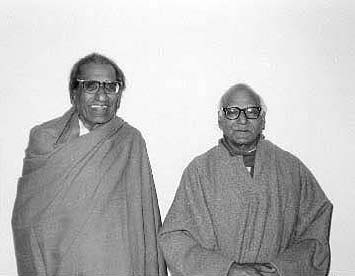 Though it has also to do with the traditional Hindu character that remains concerned mostly with swadharma (one’s own dharma) and consequently has altogether neglected to study and understand various paradharmas ( religions of the others) the creeds of those aggressors who driven by permanent hostility and purpose to convert repeatedly attacked Bharat. This careless attitude to deeply study Islam, Christian missionaries or Communism etc. also played the part for astonishing Hindu ignorance of Islamic or Communist theory and practices. This in turn makes the game of the invaders, aggressors, revolutionaries and infiltrators an easy one.

The spirit of concessions and compromise, of cowardice and self-deception, by prosperous leaders, scholars and responsible individuals. They have lost the will to set the limits to be firm.  This course has never in the past led to the desired results, including preservation of peace and justice. The experience of Gandhiji and the Partition is the most visible example. But it seems that human emotions are stronger than even the clearest lessons of the past. Enfeebled Hindu professors, editors and leaders of Bharat paint sentimental pictures of how violence will generously allow itself to be softened up.That is not to be. It is not without reason that of fifty two Islamic countries in the world today, there is not a single one professing democracy. All are dictatorships and semi-dictatorships of one or another kind.

But as in Bharat so in the West: scholars, leaders and editorial classes have tried to downplay this essential fact. They fail to recognize or don’t want to recognize that a Reverse Crusade is going on. It is forced on Europe and the USA. Yet their policy makers are trying their best to appease the aggressors. The aggression is an ever-growing reality that the Western leaders senselessly feed and back up, witness their favorable treatment of Pakistan. Whatever the Bush administration had been looking for in Iraq to punish Saddam Hussain, it was abundantly available on Pakistani territory. Undisguised, under the very eyes of US representatives. But instead of taking serious note of it, and appropriate action, they are offering Pakistan to be a ‘non-NATO ally.’ Which attitude is-

…the reason why those crusaders will become always more and more. They will demand more and more, they will vex and boss us more and more. Till the point of subduing us. Therefore dealing with them is impossible. Attempting a dialogue, unthinkable. Showing indulgence, suicidal. And he or she who believes the contrary is a fool. 1

Therefore the fact must not be lost sight of, even for a moment, that Islam is more an imperialist, dictatorial political ideology than a religion. Besides,  it brooks no reform. It severely punishes even members of its own fold, howsoever superior or honorable in knowledge and position, if they try any.

This essay was excerpted from the book, “India’s only Communalist: In Commemoration of Sita Ram Goel” edited by Dr. Koenraad Elst.