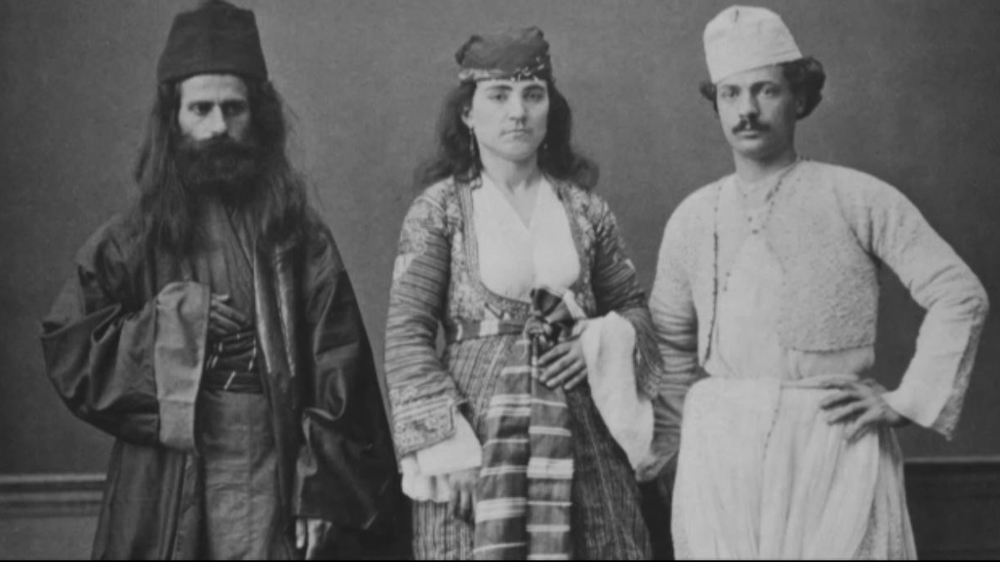 In this article, two representative cases depicting essentially the same problem are clubbed together: Greece and Spain.

The Case of a Temporarily Finished Partition

Hindu nationalists often cite the case of Greece and Turkey while arguing that India should have finished Partition. While very few argue that Partition should have been finished, citing the population transfer between Greece and Turkey as a model case has its own dangers. The population transfer was completely temporarily between the two countries, but the specters of radical Islam and Muslim demographic explosion has come to haunt Greece after many decades. The Partition, it seems now, was only temporary. Greece is a case of how any Partition with a radical Muslim society will always remain unfinished, until Islam is fought at a universal level. Greece teaches us that radical Islam is a global problem; and there are no local solutions to it.

Greece is a Balkan country. In the medieval ages, the Ottoman Empire with its capital in Istanbul had ruled almost all of Balkan peninsula along with many other countries of Eastern Europe. During this brutal Islamic occupation of Europe, many Christians were forcibly converted and Turkish Muslims were also resettled in all of these lands. The demographics of many of these countries was fundamentally changed in favor of Muslims.

What is Turkey now, was itself Greece once. The Turkish tribes are central Asian in origin, and starting from 10th century they started invading and settling in the Asian part of Greece, called Anatolia (what is now Turkey; but was then a conglomeration of Greek city-states). By 1923, after the World War I had ended and the Caliphate was about to be abolished, much of Anatolia had been more than 90% Muslim with hardly any Greeks left in most of the cities. The Greeks survived in some mountain villages and in some coastal villages in the Mediterranean.

Greece was a very nationalist country, priding in its Christian and pagan heritage, and having fought the Balkan Wars of the 19th century, they knew the real nature of Islam. They had also seen the genocide of Armenian Christians and many other smaller Greek and other Orthodox Christian communities of Turkey. The then Prime Minister of Greece, Venizelos, proposed to the West that the Christian and Muslim populations be exchanged between Christian Greece and Muslim Turkey. This proposal was accepted and the population transfer was completed, and it is the only case of a ‘finished Partition’, where in a Partition between an Islamic and a non-Islamic country, complete population transfer was done. [1]

Even then Greece lost more than half of its historical land and became much smaller as a consequence. The Asian Greece was forever lost to Islam, and became 100% Muslim. Even in Europe, Turkey got a toehold. Istanbul (former Constantinople) was claimed by Turkey. Along with that, a large part of Bulgaria, called Eastern Thrace (also in Europe) was also awarded to Turkey. Turkey had massacred all the Armenian Christians left inside its borders and expelled the Greek Orthodox Christians to Greece. So the story of Turkey is: they came, they invaded, they massacred all the Christians, converted Greece into Turkey and expelled the few Christians that were left.

We shall never forget, that what is now Muslim Turkey, was once Christian Greece.

But the story doesn’t end here. One would say, that at least some of Greece was salvaged and the population was transferred completely. But in 2019, in the intervening period, Muslims have once again infiltrated and grown in Greece. They are now officially more than 2%, though latest estimations say they are not less than 4%.

But the story doesn’t end here either. A quick look at all the neighbors of Greece will quickly make the story more frightening. Greece has borders with four countries: Turkey, Bulgaria, Macedonia and Albania.

Turkey, as we have discussed is more than 99% Muslim and is a population time bomb with numbers teeming around 8 crore. Turks are just swarming all over Eastern Europe once again, exactly like the Middle Ages when they came along with the Ottoman armies.

Bulgaria: The Imploding former Communist Country and its attendant Dangers

Bulgaria is a former communist country, one of the most brutal in its communist dictatorship and one of the poorest. It is, by wide agreement, one of the worst Eastern European societies, as a consequence of communist policies. A huge part of its population has already migrated to the Western countries and the growth rate of the Bulgarians left in Bulgaria is dismal. The resulting population gap is being filled by Turkey and though reports vary widely, but by one estimate Bulgaria, ever since 1990, has taken in a lot of Turks and is between 12%-18% Muslim, with a lot of them gathered around the border of Greece.

Macedonia: Reaching the Demographic Point of No Return

Macedonia is even worse. It has the highest percentage of Muslims in any Christian majority country in Europe. And the Muslim population is literally exploding there. Muslims are now more than 34% in Macedonia! [2] Until just 2014, they were around 20%. Macedonia is on its way to become the first country in Europe to turn Muslim majority from Christian majority. It is bad news for Macedonia of course, but not so good for Greece either.

Albania: The Bangladesh of Balkans

The fourth country bordering Greece, Albania, as we all know, is more than 93% Muslim and just like Bangladesh is sending all its excess population to Kosovo, Bosnia, Serbia and also in Greece. Though a lot of Albanian, carrying their communist legacy declare themselves as atheist, but whenever it comes to a skirmish with other ethnicities and followers of other religions, their inner Islam surfaces quickly as the only concrete defining identity. Using this Muslim brotherhood, they are destroying the demography of many neighboring countries, including Macedonia, Montenegro, Serbia, Macedonia and Greece.

Greece, meanwhile, is one of the poorest countries of Europe, with one of the lowest growth rates. Greeks are going DOWN in numbers, not just percentage, every year. Poor, bankrupt, with one of the highest median age in Europe and one of the largest dependent population, with a collapsing welfare state, surrounded by either completely Islamic countries with burgeoning populations, or with other countries rapidly turning Islamic, Greece is in a bad shape. Any demographic invasion in future, will be well-nigh impossible for it to prevent or resist.

What does this grim tale teach us? That even if a Partition with a radical Muslim country is completed, it won’t be enough. Sooner or later, the society in the non-Muslim country will take a turn for the worse; the sympathetic government will fall, and the situation in the neighboring countries will change and Islam will reinvade and reclaim the non-Muslim lands.

This morale becomes evident from another tale of another great European country: Spain. Spain teaches us how the threat of radical Islam is never dead until it is dealt with globally.

Spain was one of the first European countries to be overrun by Islam in 8th century. Almost as soon as the Arab conquest of Spain started in 711 CE, Christian armies started giving resistance and got first success in 718 CE. This is categorized by the later historians as the start of Reconquista of Spain, which lasted for around 800 years, ending with the expulsion of the Moors from Spain by Ferdinand and Isabella in 1491. [3]

Spain is the only case where a non-Muslim nation became successful in rolling back the conquest of Islam completely! It is a unique case obviously where a country was able to liberate all of its land and its people from the Islamic occupation after a prolonged occupation. It is a unique tale of reclamation from radical Islam. But even this story has its loopholes. Just because the Reconquista of Spain by the Christians was completed once was no guarantee that it won’t be reversed in future.

In 2016, Muslims were once again 4% in Spain. And the situation is much worse than their numbers actually reveal. When the US invaded Iraq, Spain was one of the countries supporting the US. Al-Qaeda retaliated in 2004 with the deadliest Islamic terrorist attack in Europe for decades, the Madrid train bombings which killed 193 Christians. [4]

What is more sinister is the timing of the attacks. They were done three days before the general elections. The ruling PP party had chosen to go with the US against Muslim Iraq. The bombings frightened the Spaniards so much so that they voted in favor of the opposition party, which was socialist and appeasing towards Muslims. Since then, Spain is not in a good shape. Many of its provinces want to secede from Spain and the Islamists and Muslims support these micro-states, as it is very easy to overtake smaller chunks of bigger countries, one by one.

After 800 years of Reconquista, just a few decades of multi-culturalism destroyed the common sense of Spain to let Muslims settle again and grow to a point where they could orchestrate terrorist attacks and swing governments to their favor. Spain is one of the ‘unfinished agendas’ of Islam and going by the dictum ‘once an Islamic land, always an Islamic land’, the country remains a prime target of Muslim immigration and Islamic conquest.

Spain teaches us that Islam has long memory. Even if hundreds of years have passed after its defeat locally, it can invade back by using other neighboring countries as springboards, other countries which were not successful in resisting the Islamic invasion.

Islam has a millennial approach, global vision and global action. It has very long end-goals and readymade mechanisms to act in co-ordination worldwide. This is why it is not just enough to defeat Islam within our boundaries. It is also necessary to have the global scenario in mind. You cannot fight global powers with local thinking.

Keeping it local helps the victim narrative of the Muslims, where the non-Muslims are always evil. Seen globally it becomes instantly clear that radical Islam is the aggressor; that it is the perpetrator of violence and genocide and not its victim. That is why both the action and thinking about Islam has to be global.